Beijing will exploit Russia’s weakness to bring it into subordination to China’s overall geopolitical agenda. 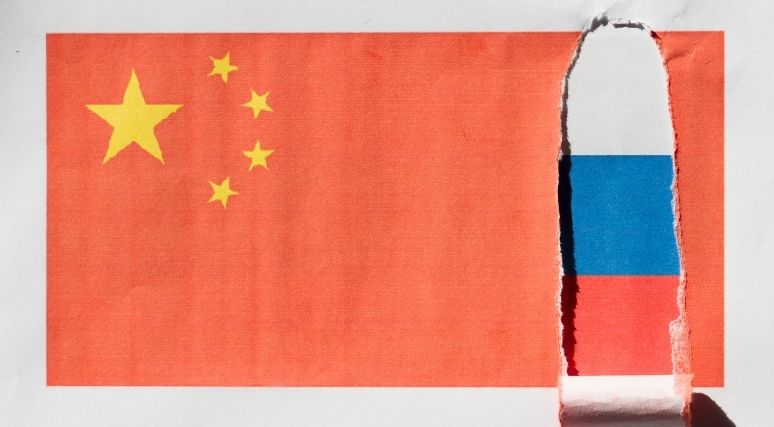 More than 50 years ago, in a letter to his wife about the destructive chaos of the Great Proletarian Cultural Revolution that he had unleashed, Chairman Mao wrote that “there is great disorder under heaven and the situation is most excellent.” Mao intended that Chinese “great order under heaven” would ultimately prevail, with “Red China” displacing Soviet Russia as the leader of Marxist world revolution. But the West won the Cold War, and the Soviet Union collapsed.

Today’s crisis between Russia and the West, engendered by President Vladimir Putin’s invasion of Ukraine, is seen by Beijing as furthering Mao’s vision of a China-dominated global order – renamed by the current strongman, General Secretary Xi Jinping, as “the community of the common destiny of mankind.”

Whatever the outcome of the suffering in Ukraine, Russia will remain shunned by the West, blocked from financial transactions and trade with lucrative European markets. This risks ushering Russia into the arms of Beijing, which will be only too happy to facilitate the dependence of its “strategic partner” on Chinese economic support, under the guise of helping it weather cataclysmic sanctions. It will come at a humiliating cost to Mr. Putin, but make no mistake: Beijing will exploit Russia’s weakness to bring it into subordination to China’s overall geopolitical agenda.

Even decoding China’s state-scripted TV news gives hints of Beijing’s long game. Broadcasters recite that this “military action” is justified because Western subversion of Ukraine threatens Russia’s security; the act has not been described as an “invasion,” though Chinese Foreign Minister Wang Yi did refer to it as “war” on Thursday. For domestic viewers, there have been no laments for Ukrainian suffering; those sentiments are for external propaganda only.

For China, the more exhaustive the conflict becomes, the better – so long as China is not touched by any sanctions that could harm its own revenues or ability to obtain Western technology.

The West’s hesitant, conditional response to Russian aggression against an allied nation is being seen by Beijing as an affirmation that the Washington-dominated global order is in decline. The subtleties of NATO’s Article 5 are lost on the Standing Committee of China’s Politburo. What they see is Mr. Putin threatening to use nuclear weapons, the West backing away from Ukrainian pleas for meaningful military support beyond a token promise of a few outdated armaments, and no commitment to clear Ukrainian air space of the Russian bombers that devastate the nation below.

If Russia does become beholden to Beijing, it would be coerced to support China militarily if the U.S. ever sought to confront a Chinese military action to install a new regime in Taiwan. The expectation is that, as with Ukraine, the U.S.’s ambiguous commitment to defend Taiwan militarily will collapse once China and Russia make their move.

China’s leadership believes its own propaganda – that the people of Taiwan yearn to “return to the embrace of the Motherland” and will abandon their Taiwanese identity, democracy and citizens’ rights. To the contrary, what China will likely find is a ferocity of Taiwanese resistance on par with Ukrainian-style courage and resolve. But if the West responds to potential action against Taiwan with the same half-measures we are showing the Russians now, then South Korea and Japan – major Western allies that neighbour both China and Russia – may feel very wary of their own American security commitments, and begin drifting into Beijing’s influence.

This potential global realignment would have massive implications to Canada, too. Mr. Putin has claimed that resources under Canada’s Arctic waters belong by rights to Russia, and this is something we must now prepare to be acted on. It is very likely that China’s ridiculous description of itself as a “near-Arctic state,” combined with the potential of Moscow becoming beholden to Beijing, will lead to China and Russia jointly challenging Canada’s Arctic sovereignty and security.

In that case, Canada’s pathetic incapacity to defend our North, because governments past and present have neglected to establish a meaningful military and naval presence there, will come back to haunt us. And it would prove, in real substance, that Canadian government ministers’ chants of “Glory to Ukraine,” and denunciations of Vladimir Putin and his billionaire cronies, are about as effective and meaningful as lighting up the Peace Tower with the colours of Ukraine’s flag.

Charles Burton is a senior fellow at the Macdonald-Laurier Institute in Ottawa, and non-resident senior fellow of the European Values Center for Security Policy in Prague. He is a former Professor of Political Science at Brock University, and served as a diplomat at Canada’s embassy in Beijing.