Canada must respond to China’s harrowing genocide: Tohti and Burton in Ottawa Citizen 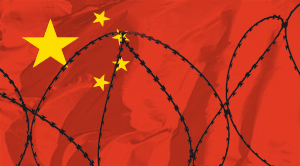 If the international community does not condemn China’s campaign against Muslim minorities in Xinjiang province, a precedent will be set and such atrocities will be adopted by other regimes, write Mehmet Tohti and Charles Burton in the Ottawa Citizen.

As the world somberly marked UN Genocide Commemoration Day this week, Canadians still await their own government’s action after a parliamentary panel found that China’s persecution of Uyghurs is now the largest mass detention of a people in concentration camps since the Holocaust.

Last summer, the House of Commons Subcommittee on International Human Rights held a series of emergency meetings on the plight of the Uyghur population in China, in response to growing reports of forced labour, forced sterilization and population control.

The subcommittee received briefs and testimony from 23 Canadian and international witnesses, who detailed atrocities in China’s flourishing campaign to eradicate Uyghur culture and identity by engaging two million people in forced labour and mental torture.

The subcommittee heard that in the prison camps, Uyghurs are required to speak only Mandarin Chinese and are denied their human right to practise their religion. Women and girls often face sexual abuse and rape by their captors. The situation for their children consigned to orphanages is one of complete assimilation into Han Chinese language and culture, combined with the desperation of having no information on the fate of their parents.

Family abroad, meantime, have no means to communicate with anyone in the Uyghur regions. The stress on Canadian Uyghurs of not knowing if family members are alive is enormous, and they are subject to menacing threats by Chinese agents in Canada who intimidate them from speaking out on what’s going on. These threats sometimes precede the sudden death of family members in the camps. There was also extensive evidence given of sterilization of Uyghur women and forced marriage to Han Chinese men.The subcommittee’s report to Parliament this Fall found that China’s policies toward Uyghurs and other Turkic Muslims are worse than imagined. It concurred with testimony by former human rights lawyer and Canadian justice minister Irwin Cotler, who called the Uyghur situation “a classic case study of such war crimes, crimes against humanity and, as I and others have mentioned, acts that are constitutive of genocide.”Cotler and others implored the Canadian government to take various measures including working with allies and multilateral organizations to condemn China’s use of concentration camps, extending sanctuary for Uyghur refugees trapped in third countries, and refusing to import products of Uyghur forced labour.

The subcommittee is urging the federal government to impose Sergei Magnitsky Act sanctions on all Chinese government officials culpable for perpetrating human rights abuses, and notes that if the international community does not condemn China’s campaign in Xinjiang province, a precedent will be set and such atrocities will be adopted by other regimes.

Besides Wednesday having been Genocide Commemoration Day, Dec. 9 was also the 72nd anniversary of the Genocide Convention, the first human rights treaty adopted by the United Nations General Assembly. The Convention signifies the international community’s commitment to “never again” and establishes a duty for states to prevent and punish the crime of genocide.But as the months go by, it becomes increasingly apparent the Canadian government will ignore the findings and recommendations of its own parliamentary subcommittee. The federal government will not expel any Chinese diplomats overseeing the harassment of people in Canada, instead advising Uyghur Canadians to contact local police if they are subject to threats. And evidently Beijing has sufficient influence in Canada to put a stop to any talk of Magnitsky sanctions against complicit Communist officials, some of whom have real estate here and children enrolled in Canadian schools.In the end, it all seems to be about racism and the critical position of Uyghur territory for China’s global “Belt and Road” infrastructure campaign. As Uyghurs call for self-rule in an independent East Turkestan principality, China evidently believes it can solve that problem through its cultural extermination efforts.

The subcommittee’s report aptly quotes Nobel Peace laureate Elie Wiesel: “Silence in the face of evil ends up being complicity with evil itself.” It is time Canada stopped standing idly by and showed some legitimacy for our purported commitment to the rules-based international order.

Mehmet Tohti is Executive Director at Uyghur Rights Advocacy Project. Charles Burton is a senior fellow at the Macdonald-Laurier Institute in Ottawa, and non-resident senior fellow of the European Values Center for Security Policy in Prague. He is a former professor of political science at Brock University, and served as a diplomat at Canada’s Embassy in Beijing.

Trudeau invited the Chinese military to train with Canada: Christian Leuprecht on “On Point with Alex Pierson”