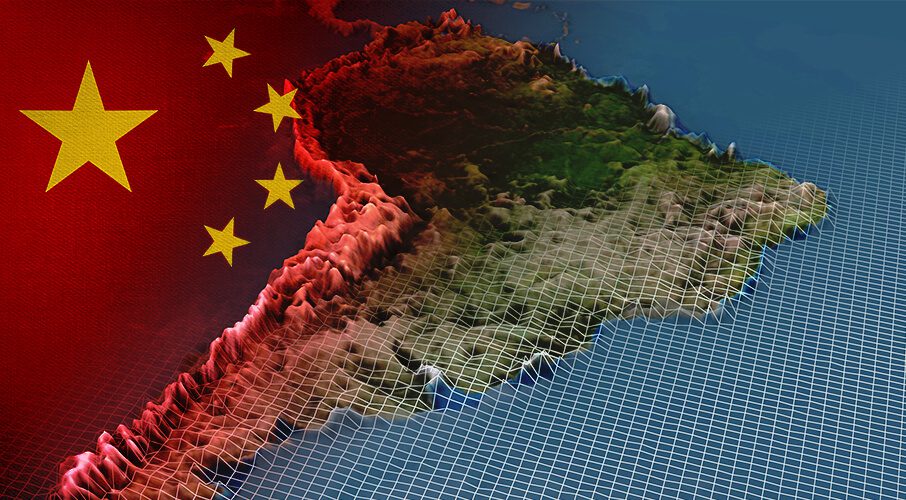 From the election of Marxists to the growing influence of China, the region is increasingly inhospitable to a crucial Canadian industry, writes Avik Jain.

Canada’s mining industry is a pillar of its national economy. In addition to representing over 5 percent of GDP, Canadian-owned mines provide nearly 750,000 high-paying direct and indirect jobs. It is important to note, however, that while nearly 75 percent of the world’s mining companies are headquartered in Canada, more than two-thirds of these companies’ assets are held abroad.

Thirty-six percent of mines in Latin America are either fully or partly owned and operated by Canadians. They sustain millions of direct and indirect jobs, while providing crucial tax revenue for the region’s developing economies. Compared to all other mines in Latin America – be they foreign or locally-owned – Canadian mines have a minimal incidence of conflict. Less than 20 percent of Canadian mines have conflicts with employees or local populations, whereas at least 34 percent of non-Canadian mines are plagued with allegations of mistreatment of individuals or environmental devastation.

Despite steady growth since the early 1990s and a strong record of respect for Latin American governments, populations, and employees, the assets and prospects of Canadian mines are being threatened as China-backed, far-left populists return to power in a climate of economic anxiety caused by COVID-19.

In July of 2021, after an irregular election in which he won by 40,000 votes out of 19 million cast, former teachers’ union leader Pedro Castillo, of the Marxist Perú Libre party, was sworn in as Peru’s president for a five-year term. During his campaign, he promised to expropriate all foreign-owned assets. As the opposition parties control 86 of the 130 seats in Peru’s Congress, Castillo has so far been unable to carry out his political program. However, his influence over the judiciary and his refusal to protect critical transport routes from anti-mining protests have resulted in paralyzing incidents across Peru’s mining sector. Unable to seize assets, he has opted to embroil mining companies in legal battles and proposed tax hikes. In the long-term, his policies will hinder the security, operations, and profitability of over 100 Canadian mines in the Andean nation.

In neighbouring Chile, the world’s largest producer of copper (with Peru being second), there has also been a dramatic swing towards anti-market politics. Gabriel Boric, a former student union leader, won the presidential elections with 56 percent of the vote in December. He and his Marxist-Green-Socialist coalition will take office this March.

Canadian mining companies have over $20 billion invested in Northern Chile. As the third-largest foreign investors in Chile, they will be targeted for increased regulation and taxation under the incoming administration. Boric’s reluctance to support mineral exploration will also likely halt further Canadian bids during his four-year term.

The prospects for Canadian mining are similarly grim in other parts of the hemisphere. Since 2018, López Obrador, Mexico’s autocratic president, has been using his judicial appointments to bully Canadian mining companies, demanding billions of dollars in what he claims are outstanding taxes. In Colombia, Gustavo Petro, a former Marxist guerilla who partnered with Pablo Escobar’s drug cartel in the 1980s, is leading the polls in May’s presidential election. Today, the former Bogotá mayor (removed over corruption charges) is a close ally of Venezuela’s Maduro. It is difficult to assess if the $10 billion worth of Canadian mining assets in Colombia will withstand Petro’s promised expropriations.

Despite what most English-language media outlets report, no far-left Latin American leaders are actually against resource development. Perhaps there are segments of their coalitions that oppose resource extraction, but in the end, practically every leftist president in Latin America ends up pushing for major extractive initiatives, oftentimes even more eagerly than their liberal or conservative counterparts. One can just look at the environmental carnage that took place in Brazil under Lula da Silva’s Workers’ Party (2003-16) or in Bolivia under Evo Morales and his Movement for Socialism (2006-19). In Venezuela, 23 years of socialist mismanagement of the oil and mining sectors has poisoned all of the country’s clean water supplies.

Far-left Latin American leaders utilize rhetoric and anti-development legislation to appease segments of their base and frighten Western investors. But much of this is done in favour of political and economic allegiance with China. In short, it’s not about the mining – it’s about who is mining.

China views Latin America through the same lens that it views Africa and Central Asia – as raw territory ripe for resource extraction. By distributing bribes, paying off national debts, and offering endless lines of credit, China is able to curry favour with democratic and undemocratic regimes across the region.

Poverty gives China the opportunity to pillage. As the Chinese government offers hundreds of billions of dollars in cheap loans for infrastructure spending, health care, education, and cash transfers (including illicit payoffs), Latin American leaders find it difficult to pass up partnerships, especially with their populations so battered by the economic fallout of the pandemic. In exchange, they must hand over lucrative mineral rights, as well as surface rights and water rights, to corporations backed by the Chinese state.

While Canada has a good international reputation, not all Canadian companies are inherently guiltless. But there is still a major difference between a country with a few outliers, and a country where all major corporations – including mining companies – have deep ties to the state’s political apparatus.

Canadian mining companies are independent enterprises engaging in foreign investment, whereas China has an almost colonial approach. Chinese state corporations will not be trading the minerals they mine in Latin America – they will send everything home to be utilized. Unlike Canadian or other foreign investors, they do not even require the mines to be profitable. The long-term capital injections promised in exchange for these mines are part of a larger strategy in the region. China wishes to entrench itself into the economies and political parties of Peru, Chile, Mexico, and Colombia, as they have done so successfully in Venezuela, Nicaragua, Bolivia, and Cuba. A highly symbolic example of this was when Peru’s Castillo was received by the Chinese Ambassador during his controversial election win – all of his nationalistic rhetoric suddenly disappeared.

The incumbent and incoming populists of Latin America don’t care about the good conditions offered, environmental precautions taken, and above-average wages paid by Canadian mines. They want more than some tax revenue and jobs created – rather, they want their administrations sustained by the economic and political might of China. Instead of relying on the boom-and-bust business cycle, they would prefer to hand over land, unconditionally, to maintain a cash flow that allows them to spend lavishly and keep approval ratings high. If the citizens living in mining communities have to bear low wages, subhuman working conditions, undrinkable water, and unbreathable air, so be it.

China is hungry for Latin America’s resources. Having monopolized Venezuela’s oil reserves – the largest in the world – by supporting the Maduro regime with cash, weapons, and technocrats, the Chinese government has turned its attention to the region’s minerals, namely copper and lithium.

The most important use of lithium is in batteries for mobile phones, laptops, and electric vehicles. Global demand for lithium is now growing at an average annual rate of 30 percent. The total estimated lithium reserves are estimated to be 21 million tonnes. Chile has the most, about 9.2 million tonnes, while Peru has an additional 2.5 million. More than half of the world’s total known supply is in these two countries alone.

Copper, meanwhile, remains essential for wiring, motors, industrial machinery and construction – everything needed to support housing and transport. Chile and Peru represent almost 50 percent of the world’s copper supply: about 8 million metric tonnes of the global annual output of 17 million.

While the incumbent Canadian government promises E-governance, electric vehicles, affordable housing, and lower phone bills, the minerals essential for these endeavours are being monopolized by China. As Canadian mining companies face opposition to resource development at home, they are now being pressured in the world’s epicentre of copper and lithium. Canada’s long advantage in Latin America appears to be coming to an end.

Latin America-based mines provide substantial revenue for the Canadian government. They also reduce poverty, create opportunities for skilled Canadians, bolster the mineral trade and international collaboration, and result in the sharing of engineering expertise. All of this is now being compromised by China and its new regional partners. The subsequent decline of Canadian mining in South and Central America will severely impact Canadians and Latin Americans alike, and will hinder the effort to construct a sustainable global commodities market.

Avik Jain holds a BA in History from McGill and an MA in Latin American Studies from Boston University. His columns have been printed in The Toronto Star, The Ottawa Citizen, The Montreal Gazette, and other newspapers. He has taught in schools and prisons in Lima, Callao, Panama City, Framingham, and Montreal.

Understanding and confronting Russian aggression toward Ukraine: Kolga, Devlen, and Shimooka in the Toronto Sun