Does China consider itself to be in a Cold War with the West? Anastasia Lin for Inside Policy 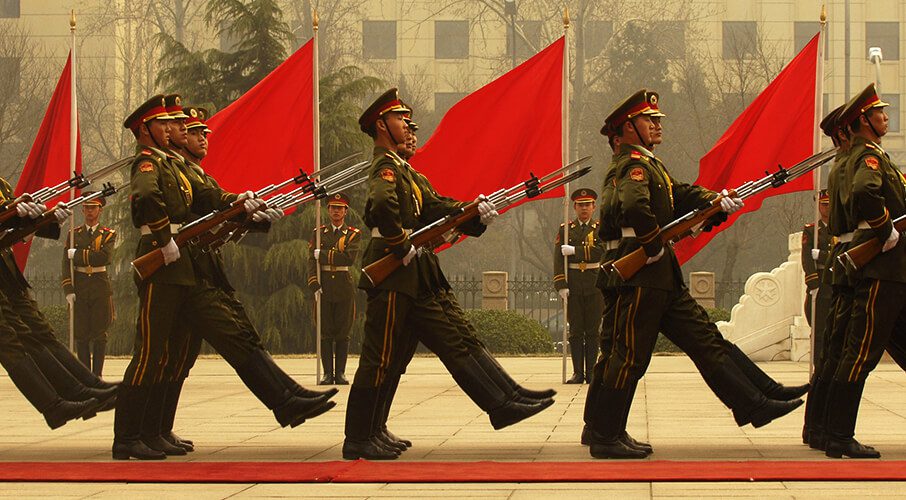 If the Chinese Communist Party does not treat its own citizens with the slightest respect, Anastasia Lin asks: why should we, in the west, expect ourselves to be treated any differently?

The following remarks were originally delivered a speech before the Oxford Union Society as part of a debate on the following motion: “This House Would Start A New Cold War With China.”

Thank you for inviting me to participate in this important debate.

I am speaking for the motion that This House will support a cold war with communist China. Not with China itself–I love China, and I love my people.

When I moved to Canada when I was 13, I continue to explore my Chinese cultural heritage–its great literature, art, and philosophy.

These traditions do not set China in opposition to Western values. It is entirely possible for a strong and prosperous China to coexist peacefully with the West. Look at Taiwan. Or look to history. For centuries, China embraced a Confucian outlook, and was a mostly inward-oriented, peaceful empire. In the 19th century, the colonial powers of the West, along with Japan and Russia, posed a major threat to China—not the other way around.

But China today is different. We are now dealing with a one-party authoritarian, mercantalist state that is openly hostile to Western values and international rules. In considering the threat of Chinese communism, we could explore many angles:

I could go on—but instead, I am going to take a novel approach by asking: How does China see us? Does the Chinese Communist Party consider itself to be in a Cold War with the West?

As a child in China, I remember being indoctrinated with propaganda about “hostile foreign forces.” We were told repeatedly about how Western powers subjugated and humiliated China in the 19th century—and these old grievances were kept alive. Over and over we heard that the West continues to try to undermine, isolate, and destabilize China.

Any expressions of discontent within China—including protests by Tibetan Buddhists, Falun Gong practitioners and democracy activists—were attributed to the black hand of anti-China forces from the West. Chinese human-rights lawyers were called agents of hostile foreign powers. The pattern continues today, as the Chinese government claims the West is behind pro-democracy protests in Hong Kong and the Taiwanese independence movement. Essentially, all domestic problems are blamed on the enemies in the West.

Now, let’s look at some recent developments and what they tell us about China’s strategy.

Effective in 2017, China enacted a law banning foreign NGOs from operating in the country unless they submit to government control. Even environmental and women’s health groups must have their annual plans approved by the police. The government claims this is necessary to ensure the NGOs don’t destabilize China.

Beijing backs numerous front organizations and civil-society groups in Western societies, including Chinese student and professional associations. These groups act as extensions of the state and party apparatus. They are mobilized to influence the outcome of local elections and influence government policy in the West. These groups are controlled and financed by the Chinese government through the United Front Work Department and the Office of Overseas Chinese Affairs, but these connections are concealed from the public.

The program for indoctrinating students with “correct” views has also become more aggressive. In 2016 China banned discussion of “Western values” and “universal human rights” in school textbooks or curriculums Marxism is the only “Western” philosophy that is permitted.  Discussions of “democracy” and “the rule of law” are also forbidden. That was a clear signal that the Communist Party sees Western values and principles as a threat to its ideology.

While the government keeps Western ideas out of China’s classrooms, universities in the West have ceded control to of their own programs and curriculums to the Chinese government via “Confucius Institutes.”   Confucius Institutes present themselves as nonprofit Chinese-language programs. They are controlled directly by the Communist Party, including its Propaganda Ministry. Senior Chinese officials describe the institutes as an important part of China’s overseas propaganda efforts. The Communist Party controls the staff and the curriculum. Yet these institutes are embedded in hundreds of universities worldwide. What does that do to academic freedom and free expression at our universities?

The story is similar in the media and entertainment industries. China obsessively censors the Internet. All major news outlets are state-run. China only allows a small number of carefully screened foreign films to be shown in the country.  Even children’s animated movies like “Zootopia” are attacked as Western propaganda.

In the West, the situation is vastly different. The New York Times, Washington Post, Wall Street Journal, and the Telegraph run paid news supplements from China Daily, a Communist Party mouthpiece.  Companies with deep ties to the Communist Party are now buying or entering lucrative joint ventures with the major Hollywood studies, creating strong financial incentives for self-censorship. Chinese companies already own some of the biggest movie theatre chains in Europe and in America, potentially controlling which movies can be seen in the West. It is unlikely that we will ever see a Hollywood film about the Cultural Revolution, the Tiananmen Square massacre, or the oppression of Tibetans, Uyghurs or Falun Gong practitioners.

Now, some might argue that our open and democratic systems are stronger and more resilient than China’s brittle authoritarianism. The Communist Party might see Western values as a threat, but we don’t need to consider them in the same way.

I wish that were true, but it isn’t. Lured by self-interest, our institutions have proved all too willing to disregard free speech and human rights.

Our values are being corrupted, our way of life conceded—and our physical health is compromised.

The coronavirus outbreak is a frightening example of why we should see Communist China as a threat.

The first case was discovered in Wuhan on December 1st. Local Communist officials responded by trying to suppress news of the disease. They arrested 8 doctors for—quote—“spreading rumors and destabilizing society.” On January 18, the local government hosted 120,000 people to a public Chinese New Year party, which inevitably increased the spread of the virus.

It’s reminiscent of what happened in Chernobyl. The Soviets didn’t even admit the nuclear accident until Sweden detected the fallout and threatened to report it to the International Atomic Energy Agency. Chinese officials suppressed news of the coronavirus until an overseas case was reported, in Thailand.

One may ask, why would officials take the risk? Because the Communist mentality is that as long as the truth is not told, the truth doesn’t exist. They’re willing to gamble with human life for the sake of a cover-up. This mentality is the same from the smallest town government to the highest levels in Beijing. The sole purpose of the Communist Party is to stay in power, no matter the cost in human lives.

Western media continue to report the official Chinese death toll, but we can’t trust it. Many courageous medical personnel in Wuhan are risking their lives to tell the truth on social media about the scale of the outbreak. They report that the hospitals are full. Doctors and nurses are infected. People are being turned away to self-quarantine, and many are dying at home. The Communist Party decides how many test kits to give out each day, and that’s the “new cases” number.

I want to close by reminding you that a cold war with China’s government is not a war against the people, to confront a regime that brought turmoil and suffering onto the ancient land for decades. I also want to leave you with this question: If the Chinese Communist Party does not treat its own citizens with the slightest respect, why should we, in the west, expect ourselves to be treated any differently?

Anastasia Lin is an actor, human rights activist and former Miss World Canada. She is the ambassador on Canada-China Policy for the Macdonald-Laurier Institute and a senior fellow at the Raoul Wallenberg Centre for Human Rights.

COVID-19: What Canada should *NOT* do to combat the coronavirus: Balkan Devlen in the National Post