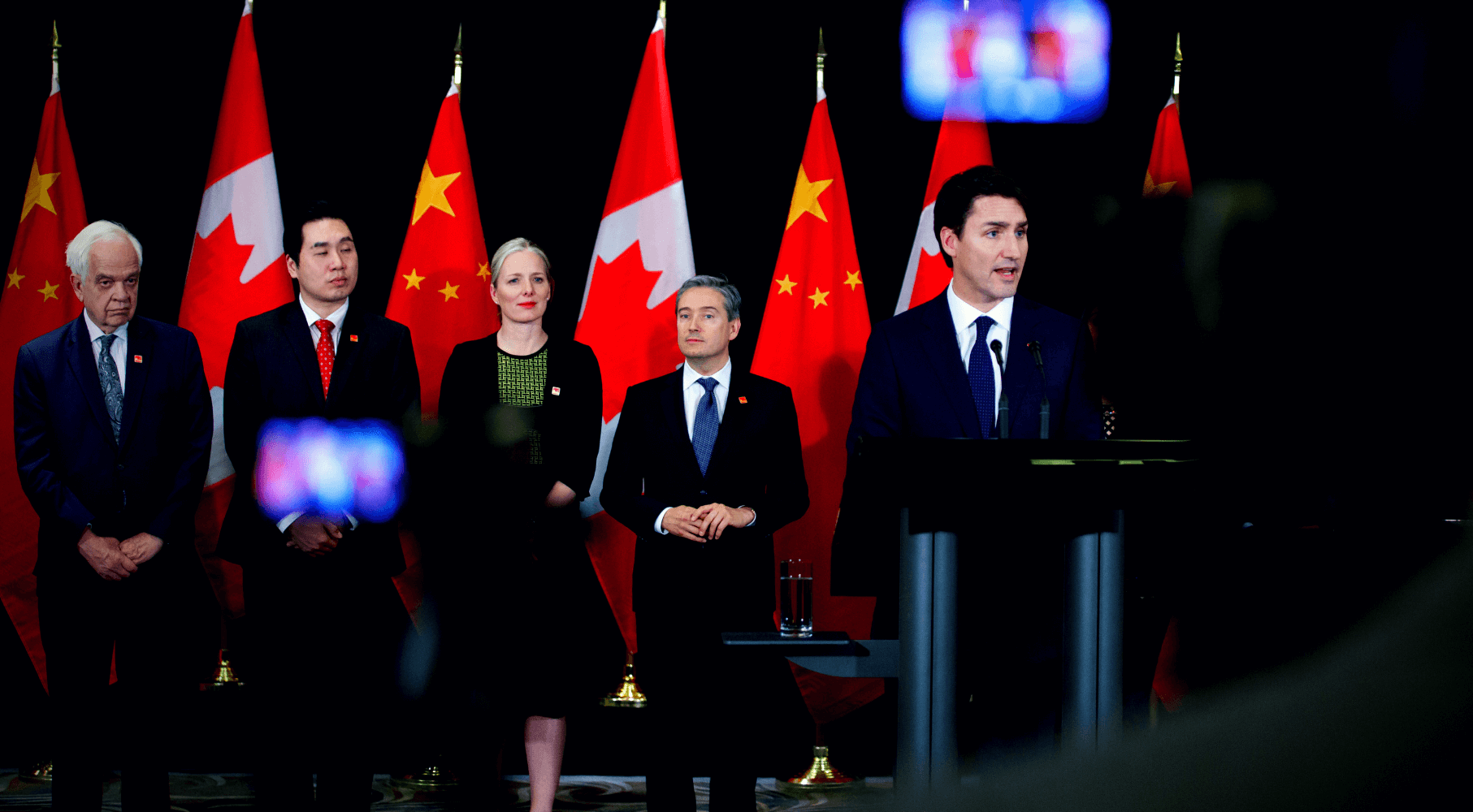 Canadians know that they must respond firmly as China increases the pressure, but it can’t do it alone. Firm American support in the face of Chinese intransigence and belligerence would do much to repair the Canada-U.S. relationship while putting Beijing on notice that this bad behavior harms rather than promotes its interests, writes Brian Lee Crowley and Anastasia Lin.

For Americans who like stories about the little guy standing up to a big bully, we’ve got one for you.

At the moment, your northern neighbor, Canada, is facing off with rising superpower China, thanks to our stubborn determination to follow the rule of law and consider an extradition request from the United States for the CFO of China’s largest private firm, Huawei.

Individual Canadians are Beijing’s pawns in this struggle. Last week Canadian Robert Lloyd Schellenberg was sentenced to death in China on drug charges. Canada’s Prime Minister Justin Trudeau described the re-trial as “arbitrary” and Canada’s government has warned Canadians about traveling to China. Beijing has accused Ottawa of “irresponsible remarks,” and warned Chinese citizens about travel to Canada.

That is only the latest escalation of a battle building over the weeks since the arrest of Meng Wanzhou, the Huawei chief financial officer. Two other Canadians have been detained despite having committed no crime that we know of: Michael Kovrig, a Canadian diplomat on leave, working in China for the International Crisis Group, and Michael Spavor, the founder of a group which has been promoting positive relations with North Korea.

Both were detained shortly after the Meng arrest, on national security grounds, and there is good reason to fear that they have been abused or tortured. Yet, when Canada expressed concern about the fate of its two citizens, China’s Ambassador to Canada Lu Shaye published an article accusing Canada of “Western egotism and white supremacy.”

Perhaps there is someone, somewhere, outside official Chinese circles who believes China’s stance that their recent treatment of Canadian citizens is not retaliatory. But we are not among them.

Canada has acted in accordance with the rule of law and its treaty obligations toward America in arresting Ms. Meng at the Vancouver airport on U.S. charges related to the violation of sanctions against Iran. She is currently released on bail and staying in Vancouver, where she owns not one but two luxurious mansions.

On the other hand, Mr. Schellenberg had already been tried and was serving 15 years in prison when Ms. Meng was detained. He was then re-tried and given the death sentence in a brief show. In an unusual move, the press was invited to cover the proceedings so that Canadians would be well aware of the sham being perpetrated.

The two things Americans should take away from this struggle are, first, that the Chinese state has torn off the veil of respectability and revealed itself to be a regime of thugs that will stop at nothing, including the threat of judicial murder, to get its way.

Second, if America wants allies in the looming struggle over China’s place in the international order, it will have to show that it backs its friends and afflicts its enemies.

Canada is in this pickle because it honored its commitments to America under our extradition agreement. It is time for the United States and other allies to show a united front against the bullying tactics of the Chinese regime.

U.S. Secretary of State Mike Pompeo’s public statements that China’s actions against Canadians are “unacceptable” and “politically motivated” are welcome. And President Donald Trump has reportedly agreed to put pressure on the regime to free the Canadians, apparently backing off on his public musings that Ms. Meng could be used as a bargaining chip in trade talks with China. But a more co-ordinated approach is required from Ottawa and Washington.

A mea culpa: Canada has wavered at times when the United States has sought the support of its allies in imposing consequences for bad Chinese behavior. Whether it was taking action against Chinese anti-trade abuses, blocking participation of Huawei in the emerging 5G wireless network, or showing strong support for Taiwan, Canada has frequently fumbled the ball when America came looking for support.

But such appeasement is falling out of favor in Canada because of the battle over Ms. Meng. Canadians know that they must respond firmly as China increases the pressure, but it can’t do it alone. Firm American support in the face of Chinese intransigence and belligerence would do much to repair the Canada-U.S. relationship while putting Beijing on notice that this bad behavior harms rather than promotes its interests.

Brian Lee Crowley is the managing director of the Macdonald-Laurier Institute. Anastasia Lin is an actor, human rights activist and former Miss World Canada. She is an ambassador on Canada-China Policy for MLI.