Our new law to save media is based on the Australian model, except ours is far worse. 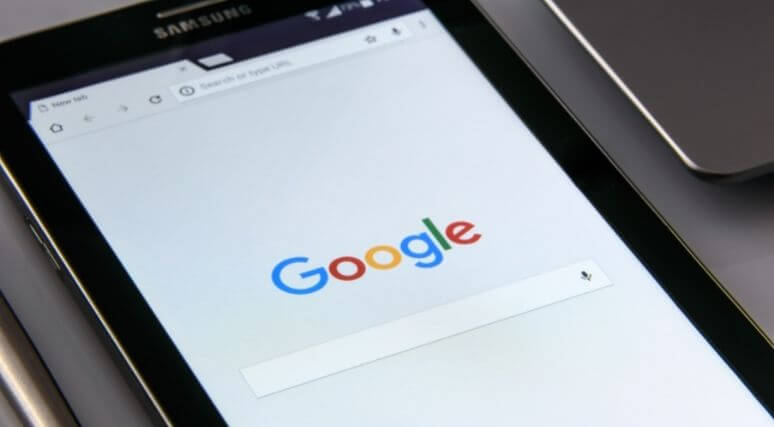 This article originally appeared in The Line.

Canada’s struggling newsrooms may soon be permanently wedded to the Silicon Valley web giants they blame for their economic demise.

That’s one of a number of perverse outcomes — too many to detail in a single article — likely to be created by Heritage Minister Pablo Rodriguez’s Online News Act. Also known as Bill C-18, this is legislation that was initiated at the request of poverty-stricken newspaper publishers and wound up being, to put it kindly, the world’s most audacious attempt to pick the deep pockets of online entities.

For context, the nation’s once fabulously profitable newspaper industry has over the past 15 years lost most of its advertising revenue. Last year the nation’s largest publishing company, Postmedia, earned a mere $440 million from its 130 properties. Never mind the rest of the country, that’s about the same income as Alberta’s four largest dailies — the Calgary Herald, Edmonton Journal, Calgary Sun and Edmonton Sun — were bringing in 20 years ago.

Meanwhile, online enterprises have flourished. According to the Canadian Media Concentration Research Project conducted by Professor Dwayne Winseck at Carleton University’s School of Journalism and Communications, the total 2020 revenue for the Canadian network media economy was $90 billion. A little under $11 billion of that was going to the USA-based big five “web giants” (as Canada’s government likes to refer to them) of Facebook, Google, Amazon, Apple and Netflix). What you don’t hear federal Heritage ministers complain too much about is that BCE (Bell) hauls in more than twice that — $23.2 billion for a 25.8 per cent share of the network media economy. But that’s a story for another day.

By comparison, most traditional newspaper publishers, after years of laying off newsroom and other staff, pitched themselves to government as vital to the health of democracy and lobbied successfully for assistance. A tax regime worth an average of $120 million a year paid out over five years was created for those media approved by a government-appointed panel. The Local Journalism Initiative popped in $10 million annually to cover the costs of reporters on beats approved by yet another panel. Some additional emergency funding was rolled out in 2021 and the longstanding Canada Periodical Fund bumped up its support. Dollars began to flow but straits remained dire.

The big score, publishers thought, was to come from a scheme first developed by the formidable Australian media baron, Rupert Murdoch. Insisting that online companies were profiting from their posts, Murdoch and others pushed the Australian government for legislation that would force Facebook and Google to reach commercial agreements that paid money to the news organizations. Facebook insisted it provided far more value than it received from news — a view supported by facts. Nevertheless, following a brief but noisy protest, both it and Google came to terms with Murdoch’s consortium. So far, no Australian company has had to resort to having powers of the legislation invoked in order to get a deal.

While they no longer say so publicly, the “web giants”  still maintain privately that there is absolutely no economic merit to the argument promoted by publishers and generally see what is occurring as a straight shakedown enforced through government muscle (my words, not theirs.)

So, when Rodriguez rolled out his Online News Act last week, they were shocked to see how much further Canada has decided to go beyond the Australian model.

Bill C-18 forces online platforms — exactly which ones will be defined at some future point by the Canadian Radio-television and Telecommunications Commission (CRTC) — to reach commercial terms with designated Canadian news organizations. The money involved has to be used for domestic news coverage only and agreements must be approved by the CRTC — two steps that put the state squarely in the newsrooms of the nation (which I’m not sure was what the publishers had in mind but there you go.)

That’s just the warm up. Canada’s plan will demand that Facebook et al pay news organizations for merely facilitating access to their posts (basically, for existing). Yes, you read that correctly. If a news organization posts an article or streams a video on Facebook, Facebook has to compensate the news organization for something it just gave them at no cost. Little wonder those at the online companies are still trying to pick their jaws up from the floor. Yes, it’s that crazy and yes a Third World odour hangs in the air around the whole thing along with the smell of regulatory cordite.

In other words, he just made it up and completely ignored that the Supreme Court of Canada ruled in 2011 that links don’t have a commercial value.

As Philip Palmer, a retired public-service lawyer who once worked on drafting the Broadcasting Act and is now vice-chair of the Internet Society Canada Chapter, put it to me:

“(The Minister’s) purpose is to take something without monetary value (or, at least, not much to the platform) and by reversing the onus, create value in the link for the platform. It is purely arbitrary. Only the coercive value of the process creates value, which, as it is not rooted in any market values, must be artificial. Essentially, the news organization says “make a juicy offer or some CRTC approved arbitrator will be mandated to determine a value as the statute asserts there must be one. . . . The whole scheme is ultra vires.”

In other words, the government of Canada has invented an economic value for something that doesn’t actually have one in order to justify and execute a transfer of wealth from people it doesn’t like to people it does like and wants to be liked by.

Dr. Michael Geist, Canada Research chair in Internet Law at the University of Ottawa law school, described it this way in a blog:

“If the principle was that links have value requiring compensation, then why shouldn’t I be required to pay for linking to the same article? Why should the platform be required to pay and not the person that posted the link? The government isn’t interested in requiring me to pay for a link, however, only large Internet companies who refer millions of users back to the media sites.”

This is a framework so flawed — so entirely without rational merit — that it could drive news organizations to externally post — Ka-ching! — as much as they can while incenting the subjects of this holdup — the web giants — to restrict the number of news links permitted. In other words, once the dust settles, citizens may very well get less access to news via social media — if they get any at all. Given the international implications, this pay-just-because-we-say-so concept sets a precedent social media companies are unlikely to concede without a fight. Which I’m sure is also not what publishers who need money now and not five years from now had in mind. At least those publishers who are comfortable taking money or legislative favours from government. Not all are, and C-18 of course punishes them but that, too, is for another day.

Bill C-18’s backers insist its goal is the preservation of a free and independent press. It’s difficult to see that outcome coming from legislation that could make Canada’s news industry permanently dependent not on readers but upon the ongoing prosperity of American multinationals in dominant market positions.

Oh, and making sure they are looked upon kindly by the CRTC’s nine cabinet appointees — Canada’s newest, biggest and baddest news business regulators.

Peter Menzies is a senior fellow with the Macdonald-Laurier Institute, past vice-chair of the CRTC and a former newspaper publisher.