We express our solidarity with Vladimir Kara-Murza and all citizens of Russia imprisoned for their democratic aspirations. The international community must take all possible actions to ensure their immediate release. 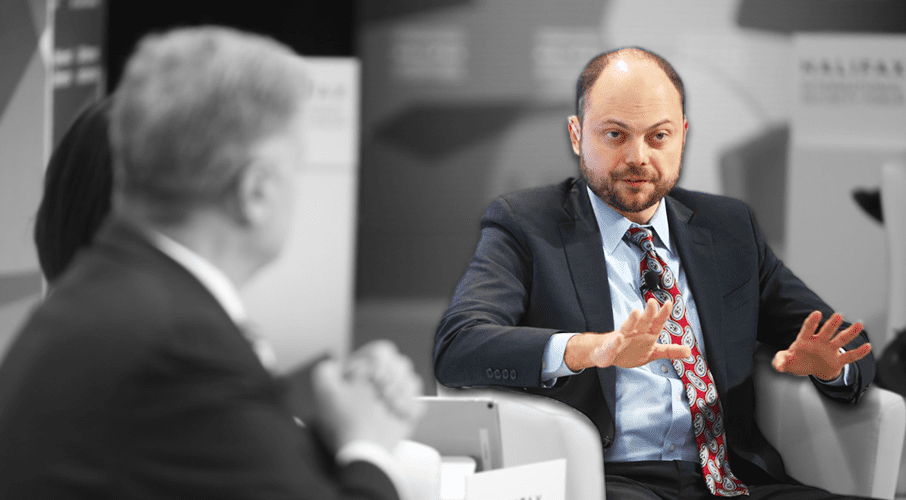 OTTAWA, ON (April 21, 2022): Advocates for democracy and human rights from around the world call on Russian authorities to release Vladimir Kara-Murza and all imprisoned political and civil society leaders and activists who have been arbitrarily detained for exercising their rights. A Moscow court will hear an appeal to dismiss the case against Kara-Murza tomorrow; all charges should be dropped, and Kara-Murza should be immediately released.

On April 11, 2022, the prominent Russian activist, journalist, and politician Vladimir Kara-Murza was arrested as he pulled up to his Moscow home by five police officers who surrounded his car while filming the event. He was initially denied the right to an attorney when arrested, and following a trial the next day was sentenced to 15 days in prison for disobeying a police order. We strongly repudiate the lack of due process and illegal circumstances of this premeditated arrest on unsubstantiated charges.

An outspoken voice for democracy and human rights in Russia for over 20 years, Kara-Murza’s arrest followed a CNN interview, testimony at a Helsinki Commission hearing, and other public remarks denouncing President Vladimir Putin’s unprovoked and unlawful aggression against a sovereign neighbor. In May 2015 and February 2017, Kara-Murza suffered two near-fatal medical emergencies as the result of poisoning that was traced to Russian state agents, increasing the danger of his current detention.

For years, Russia has arbitrarily detained citizens that criticize Russian governance, law enforcement practices, or human rights violations. Since Russia invaded Ukraine on February 24, 2022, more than 15,000 Russian citizens have been arrested for opposing the war or peacefully demonstrating. Several hundred Russians have also been charged under a draconian law introduced in March 2022, making anti-war messages a crime punishable by up to 15 years in prison. We condemn these attempts to limit freedom of speech, independent media, and other tenets of human dignity.

We express our solidarity with Vladimir Kara-Murza and all citizens of Russia imprisoned for their democratic aspirations. The international community must take all possible actions to ensure their immediate release.