What Canada’s Response to the Pandemic Says about Canada — and the US: Philip Cross in the National Review 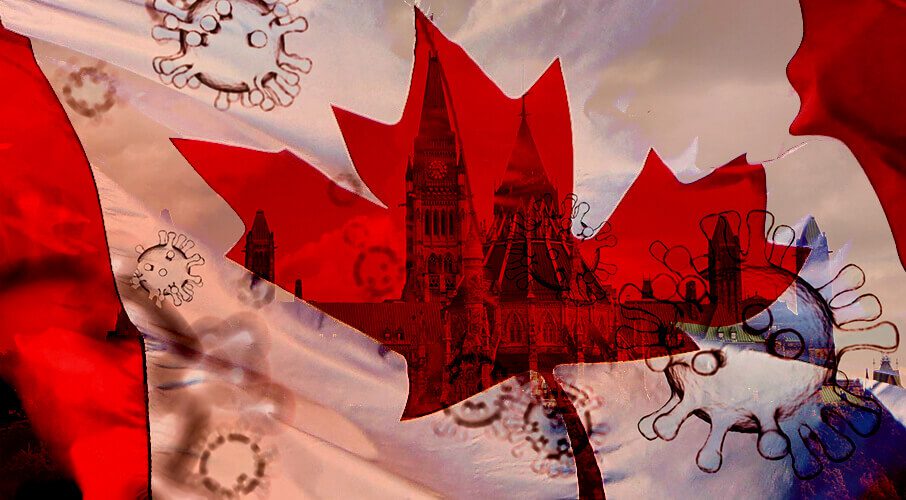 Canada’s response to the pandemic helped it contain the virus in the short run but it is a sign of the country’s shortcoming in the long run. Over time, disagreeableness trumps politeness when it comes to the creation of innovation and economic growth, writes Philip Cross.

Crises put the true character of a nation on full display. The coronavirus pandemic — both a public-health emergency and an economic catastrophe — is our greatest challenge since the Second World War. Each country has responded in its own way to these twin crises. What have these responses revealed about the values of Canada and the United States and their long-term outlook for growth?

Both countries shut down large swathes of their economies, creating the sudden and unexpected loss of jobs and incomes that the welfare state was designed to cushion. In Canada, aid programs to offset these losses were paid directly from government to households, breaking the monetary link between firms and employees, something that will take time to re-establish as the economy reopens. In contrast, the U.S. government partnered with business, visibly relying on firms to help funnel money to individuals in the short term and to develop a vaccine. The U.S. understands that technological innovation is the only viable solution to both the health and economic crises.

Canada’s response to the pandemic demonstrated a fealty to its founding principles of “peace, order and good government.” Governments fully asserted their spending powers, pushing their deficit to 16 percent of GDP, the largest in the G7. Canada locked down more of its economy for longer than the U.S., while restricting the internal movement of its population to a degree that would be anathema to Americans.

The United States government responded with a mixture of intermittent direct government support to households and sustained aid to people indirectly via businesses. Help for individuals included one-time checks for $1,200 mailed to most households at the start of the pandemic, supplemented by a top-up to unemployment-insurance benefits. Unlike in Canada, there were few programs targeting specific groups, such as the elderly, students, or low-wage workers. Meanwhile, extensive aid was offered to both large and small firms through a mixture of grants and loans.

Canada’s stance overall was one of government generosity to persons and parsimony to businesses. The Trudeau government lavished a variety of direct program payments on households while mostly offering complicated payment deferrals or loans to firms. Most notably, nearly one-third of all Canadians receive up to $2,000 a month directly from the federal government under the terms of the Canada Emergency Relief Benefit (CERB). The reception to these programs proves the point: Households were enthusiastic, firms were wary.

Canada’s native suspicion and cynicism towards business was expressed by Prime Minister Justin Trudeau. When introducing a wage-subsidy program for firms, he offered a stern “word of caution” to businesses: “If you think this is a system you can take advantage of or game, don’t. There will be serious consequences for those who do.” Trudeau unfortunately issued his warning to the wrong group. Firms in Canada largely ignored the wage-subsidy program. Meanwhile households flocked to the CERB program in twice the numbers the government forecast, taking advantage of a stunning lack of oversight. The very popularity of the CERB made its cost unsustainable, forcing the government to shift people to less expensive support programs by late summer.

In terms of the health crisis, Canada more successfully locked down its economy and shut in its people, containing the spread of the coronavirus better than the United States. However, the cost of Canada’s more extensive shutdown is unsustainable as firms struggle to deal with the growing backlog of bills and lagging revenues. The only viable near-term solution to the pandemic is the technological innovation of a vaccine.

Innovation is where the U.S. thrives and Canada lags. The conundrum for Canada is that the very characteristics that helped contain the spread of the pandemic are the opposite of what is needed for innovation. Quebec’s Deputy Prime Minister famously congratulated the population for its “obedience” to the lockdown and urged people to be “docile.” Docility and obedience are admirable qualities in a dog but do not form the basis of an entrepreneurial culture. David Brown offered a devastating critique: “We’ve become a society of rule-followers and permission-seekers. Despite our can-do self-image, what we really want is to be told what to do. When the going gets tough, the tough get consent forms.”

In contrast with Canada’s docility, a significant part of the U.S. population resisted government dictates and acted in ways that helped spread the virus. While harmful in the short term, this same rebelliousness helps fuel America’s enviable ability to innovate. After all, “Technological creativity, like all creativity, is an act of rebellion” according to the economic historian Joel Mokyr. Creative destruction means overturning the existing order with disruptive innovations that challenge the status quo and upset the established order.

Every major nation in the world, including Canada, wants to mimic the success of American technology behemoths such as Apple, Amazon, Alphabet, and Facebook. These firms have continued to thrive during the pandemic, and have contributed enormously to the astounding recovery of the stock market since mid-April.

While envious of U.S. technology, Canada struggles to create its own culture of innovation. Part of the reason is the challenge that innovation presents to the established order — and in Canada entrenched interests are adept at using institutional power to resist change and preserve the status quo. The conclusion reached by the Canadian author Malcolm Gladwell is that “innovators need to be disagreeable,” not in the sense of being unpleasant but “willing to take social risks — to do things that others might disapprove of.” Americans are rather more capable of (in this sense) being disagreeable than Canadians, who are renowned for their politeness and conformity.

Canada’s approach to innovation relies on targeting what bureaucrats believe is the supply of necessary inputs for the innovation process. These policies emphasize government subsidies for research and development and education in science, technology, engineering and mathematics. Predictably, the results have been disappointing. Productivity has stalled for years, while no Canadian company has established a global brand since Blackberry over a decade ago.

The economic-growth theorist Edmund Phelps summarized the primacy of culture over policy when it comes to innovation: “Attitudes and beliefs were the well-spring of the dynamism of the modern economies. It is mainly a culture protecting and inspiring individuality, imagination, understanding, and self-expression that drives a nation’s indigenous innovation.” The U.S. excels at cultivating more of these characteristics than other country by encouraging competition in free markets, keeping taxes low, tolerating risk and failure, and displaying a relentless optimism.

The institutions opposing change often use the coercive power of the state (including laws, rules and regulations) to prevent new firms from entering existing markets or to slow the introduction of new products and technologies. These rent-seeking activities are doubly wasteful: managers of existing enterprises spend time seeking favors from government instead of enhancing efficiency, while innovative firms waste time overcoming costly barriers to their growth. In Canada, over half of the economy consists of either government itself or of sectors tightly regulated by government (notably in transportation, communications, agriculture and finance). Government bloat sharply curtails the parts of the economy in which entrepreneurs can innovate, while fostering a culture that reinforces the status quo rather than rewarding disruption.

Canada’s response to the pandemic helped it contain the virus in the short run but it is a sign of the country’s shortcoming in the long run. While the U.S. has been engulfed in economic and social turmoil this year and is having difficulty controlling the virus, the forces behind this apparent chaos also sustain its culture of creative destruction. Over time, disagreeableness trumps politeness when it comes to the creation of innovation and economic growth.

Australia’s pricing plan for universities aims to funnel students into select programs. But it might not be enough: Linda Nazareth in the Globe and Mail

Australia’s pricing plan for universities aims to funnel students into select programs. But it might not be enough: Linda Nazareth in the Globe and Mail