The civil service’s isolation does not serve Canadians: Philip Cross in the Financial Post

in Columns, In the Media, Latest News, Philip Cross
Reading Time: 4 mins read
A A 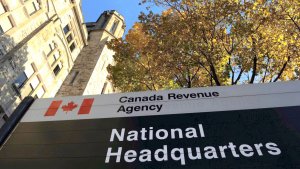 By removing regular contact with the public, the civil service risks diminishing its own importance in the lives of Canadians, writes Philip Cross.

The Bank of Canada built a separate wing so outsiders can attend conferences without entering its headquarters. Statistics Canada now restricts visitor access to its library, even though taxpayers fund it. The sports centre in Gatineau, Que. has partitioned off employees and automated the entrance to prevent interaction with customers (my private sports club in Ottawa still greets customers in person).

Some barriers separating the civil service from the public were erected post-9/11 to secure highly public and symbolic structures like the Parliament buildings. However, the practice has spread to most federal government departments and is being copied by more provincial and local governments. Gregg Easterbrook of The Atlantic points out that: “Ostensibly such measures are to keep terrorists out; the primary impact is to keep average people out so lawmakers and officials can interact exclusively with lobbyists, publicists, and donors.” He partly attributes rising popular anger about politics to the growing separation of the public service from ordinary people.

And the civil service’s overreaction to security threats has had, to borrow a phrase from William F. Buckley, “all the grace and agility of an elephant cornered by a mouse.” The idea that terrorists are plotting attacks on statistical agencies or city halls is a fanciful ruse to avoid the nuisance of public visits while inflating the bureaucracy’s already exaggerated sense of self-importance. However, over time this isolation further damages the relevance of the public service to ordinary people. Economist Todd Buchholz recounts how China’s bureaucracy in the 15th century similarly ended up alienating the masses with its growing detachment: “With each edict, each stoppage, and each embargo, the Chinese bureaucrats ended up building their own great wall separating the government from the people, which ultimately crippled public support for the emperors.”

For business owners, putting unnecessary barriers between staff and clients is unthinkable because staying attuned to customers’ needs is fundamental for survival. The business world understands that online surveys are no substitute for direct communication. That might make them slightly more vulnerable to problems, but the alternative of physical separation would be a death sentence for most firms.

In the short run, public servants might think physical isolation improves their environment. However, by removing regular contact with its clients, the civil service risks diminishing its own importance in the lives of Canadians. Ensconced in their bureaucratic towers doing unseen work and collecting benefits that ordinary people can only dream of makes civil servants a fatter target for critics who complain the civil service is out of touch and spoiled.

The divide is reinforced by the growing dominance of government bureaucracy by highly educated professionals. These professionals resist direct contact with the public, something that, as noted by Michael Lipsky — the political scientist who coined the term “street-level bureaucracy” — was “the keystone of good practice a generation ago” in areas such as social work, hospitals and policing.

And Donald Savoie, Canada’s leading scholar on public administration, has documented the rising share of public sector spending on managing itself rather than serving the public. For example, statistics show police resources increasingly go to the back office not the front lines. And Greg Brown, a Carleton University doctoral student and former policeman, has documented the rise of a practice called “de-policing” where officers chose “not to engage in discretionary or proactive aspects of police duties” — even just mingling with the citizenry — mainly out of fear of the risks that interacting with the public brings: complaints, disciplinary hearings, human rights tribunals or videos posted to YouTube.

So rather than risk their careers (and losing their perks and pensions), police officers will often just wait in their cars until a 911 call requires them to respond to an emergency. For most people, contact with the police now mostly involves traffic tickets, making cops into overpaid tax collectors not protectors of the public. It’s little wonder police find it growing harder to get help from the public when they appeal for witnesses and information.

As the civil service becomes less representative of the general population, with its educated, well-paid workforce, it should be engaging in more not less contact with the public, or its perception as an elitist, unaccountable special class will continue to rise. Federal workers are already increasingly concentrated in Ottawa, drawn mostly from the bilingual belt of communities close to Quebec’s borders and its Laurentian elite. Meanwhile, civil servants recruiting people who mostly resemble themselves only reinforces the inherent bureaucratic tendency to conformity and groupthink.

When and if Uber-like alternatives to certain civic functions emerge, the civil service may find, as the taxi business did, that it has lost the goodwill it needs to defend itself among former clients. Pulling up the drawbridge to the public is a sign of the civil service’s managerial-class tendency to downplay the ideal that is serving citizens.

For government workers, public opinion can too easily become “just another factor to be managed rather than as the underpinnings of political authority,” as Canadian essayist Frank Underhill warned a generation ago. This would call into question the very legitimacy of the public service. The public that should be the customer is increasingly treated like a threat. The flimsy pretext of security used by privileged bureaucracies to erect physical barriers between the citizens and the people meant to serve them will not end well for either.

Police should abstain from cannabis consumption: Christian Leuprecht in the Toronto Star