Canada takes note as China gets tough with Australia: Charles Burton in the Toronto Star 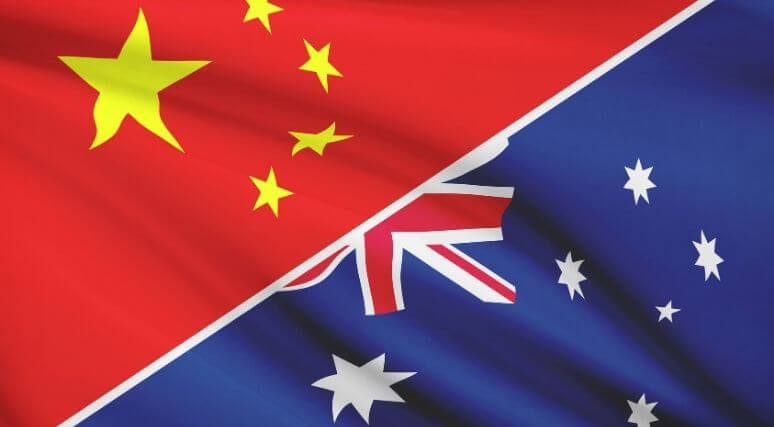 China is seizing the moment to launch a full-court press to weaken the Western alliance through economic coercion, starting with drastic measures levelled against our anglosphere ally, Australia, writes Charles Burton in the Toronto Star.

As the world ponders the spectacle of Donald Trump’s desperate efforts to sabotage the legitimacy of the U.S. election, on other side of the planet, China is seizing the moment to launch a full-court press to weaken the Western alliance through economic coercion, starting with drastic measures levelled against our anglosphere ally, Australia. The implications for Canada and our relations with the Biden administration are immediate and dire.

Earlier this month, Chinese importers were abruptly told to stop importing a wide range of commodities from Australia, including barley, sugar, red wine, timber, coal, lobster, copper ore and copper concentrates. Consequently, tonnes of stinking dead rock lobsters sat on the tarmac at the Shanghai Airport and thousands of crates of Australian wine caught in customs limbo. This outrageous affront follows China’s specious imposition of anti-dumping duties on Australian barley, and beef export suspensions. The South China Post reported that a ban on Australian wheat could be next.

Australia will have no choice but to reciprocate by blocking imports from China, as Beijing’s actions are in gross violations of the terms of its 2001 accession to the World Trade Organization. It also opens up the way for China to curry favour with the Biden administration by offering the market for these commodities in a side trade deal with the U.S. So much for the protections of the 2014 Australia-China Free Trade Agreement that Canada has long craved to duplicate.

China’s anger is fired by numerous factors, including Australia’s call for an international inquiry into the origins of the coronavirus, and Australia’s ban of Chinese telecom giant Huawei from its 5G network due to national security concerns. But Beijing is especially furious over legislation to address China’s covert, corrupt and coercive political operations to influence Australian politicians with, as a recent report by the U.K.’s Royal United Services Institute (RUSI) notes, “life-changing amounts of money.”

The Chinese Communist Party newspaper China Daily has threatened that Australia will “suffer further pain” for fuelling anti-China sentiment by sanctioning Chinese companies, sending warships to China’s doorsteps in the South China Sea and “colluding” with Washington, concluding that “Australia will pay tremendously for its misjudgment.”

Chinese Foreign Ministry spokesman Wang Wenbin recently said, “We want to urge some people in Australia to earnestly reflect on its own misdeeds, do more to enhance mutual trust … and create the good conditions and atmosphere for practical co-operation between the two countries.”

Chinese diplomats in Australia have issued statements suggesting that, to set things right, Australia should sign up to Beijing’s $1.5 trillion Belt and Road infrastructure initiative and begin a “new direction of co-operation.” One could imagine a future with Chinese military bases at the Port of Darwin and elsewhere along the Australian coast.

China of course wants Canada to interpret all this as an affirmation of the appeasement policy that Ottawa continues to adopt in the face of horrendous hostage diplomacy and of Beijing’s arbitrary termination of Canadian agricultural import contracts that we have seen over the past two years.

Those who have urged that we treat the panda kindly, lest he show his claws and draw blood with his fangs, will urge that Canada continue ignoring the strong recommendations of Commons committees to support endangered Hong Kong democracy activists or to sanction Chinese officials complicit in the Uighur genocide. That perspective implies it would be best that Canada simply risk our alliance with the U.S. by releasing Meng Wanzhou, approving Huawei 5G and continue to allow PRC acquisition of Canadian dual-use technologies.

While Australia has strongly supported Canada over Kovrig and Spavor, it is unlikely that Ottawa will dare to stand with Australia in the face of Chinese bullying, beyond our usual carefully worded “expression of concern.” But Australia’s relations with China today are almost certainly Canada’s tomorrow. As the RUSI report notes, citing the ex-Australian PM and China scholar Kevin Rudd, “the Chinese Communist Party despises and takes advantage of weakness, while it respects strength.”

Is Canada better off giving into Chinese disdain, or should we do the right thing and standing up to China’s bullying violations of the norms of international diplomacy and trade? It is high time our government gave Canadians a clear and unambiguous answer.

What the media gets wrong on the Indigenous narrative: Sharleen Gale on Tonight with Jamil Jivani