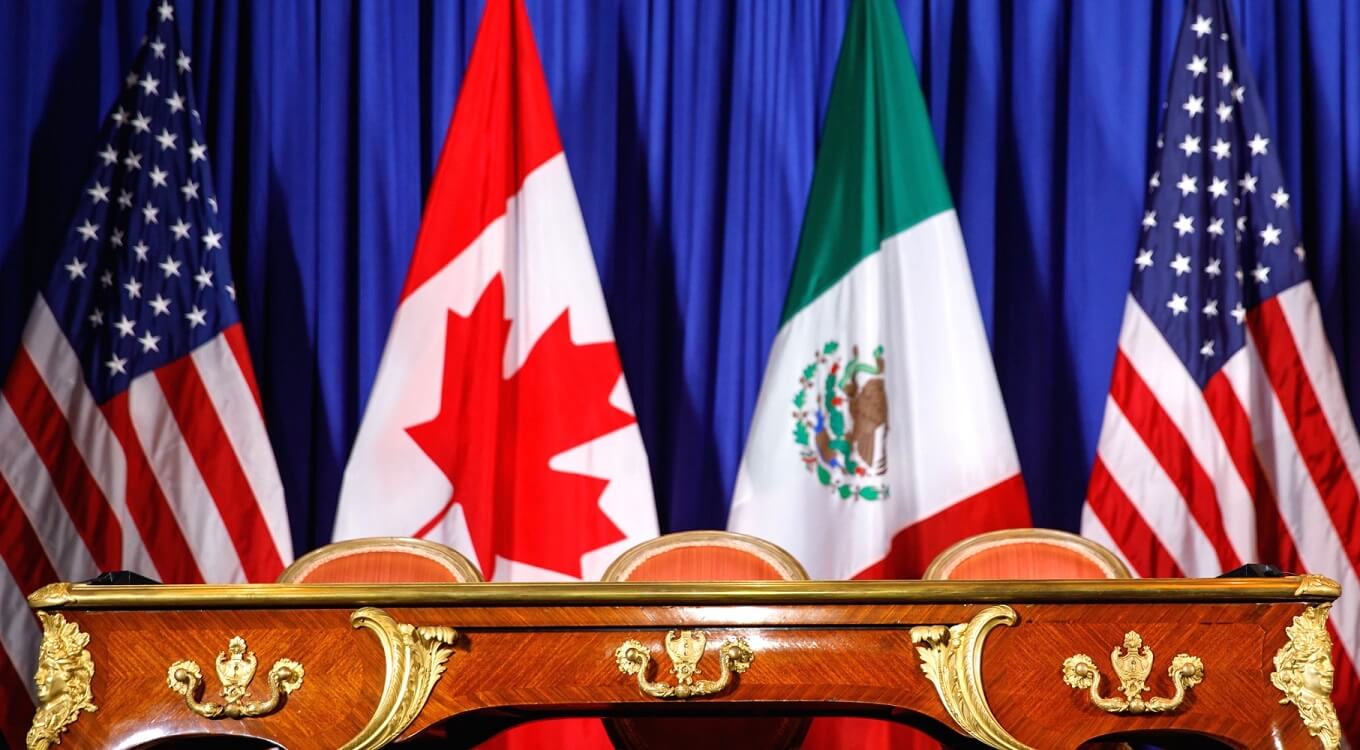 Free trade with the U.S. is not a danger to Canada but the cornerstone of our prosperity for the foreseeable future. Brian Lee Crowley writes that the USMCA, despite its relatively minor flaws, is far better than the alternatives. This article is part of the Toronto Star’s “The Big Debate” series; read Irvin Studin’s counterargument here.

One is the risk associated with being especially reliant on one market, such as, in Canada’s case, the United States. The other is removing trade barriers between countries in order to increase commercial exchanges between them. This is Canada’s strategy with, say, the European Union. There is nothing contradictory about pursuing both strategies simultaneously. Both are in Canada’s interest.

The USMCA seeks to reduce the first kind of risk. While geography may not quite be destiny, we are next door to the world’s most powerful and innovative economy, an open market with whom we share a long-standing alliance, common language, standards and more. It’s easy to sell our stuff there and we in turn buy a lot from them. Some 38 states have Canada as their largest trading partner.

The result is a high degree of trade dependence on the U.S. Canada exports roughly one half of everything we make in the private sector, and of that nearly three quarters goes to the United States. This makes American openness to Canadian exports the foundation stone of our prosperity. It is a “problem” many other countries would love to have.

But this happy state of affairs has its downside, exemplified by Donald Trump’s protectionist tendencies. Regrettably, the U.S. is not nearly as dependent on Canada as we are on it.

Canada barely registers in Washington. Thus, when it is politically advantageous to play the protectionist card for domestic political purposes, Canadian prosperity is frequently the victim, often unintentionally so. We have been side-swiped by American trade policies repeatedly over the years, including by presidents Nixon, Bush and Obama and not just Donald Trump.

So what’s Canada to do? As a top priority, negotiate free trade agreements like the USMCA to reduce America’s scope to act against our trade interests. Because they are a sovereign state we can never eliminate this possibility entirely, but every legally enforceable rule we can get that commits the U.S. to remaining open to Canadian exports is a victory for Canadian workers and companies.

The alternative is a contest of wills and strength every time we disagree. History tells us that thinking we can overpower the U.S. is a dangerous and costly illusion. We benefit when trade takes place under agreed-upon rules, rather than on the basis of relative power. Free trade doesn’t create our dependence on the U.S. That dependence long predates our modern trade agreements with Washington. What these agreements do is to reduce (not eliminate) the power that dependence gives America over us.

Of course this is not the only way to reduce such risk. We can also work to shift trade toward other markets, such as the European Union and Trans-Pacific Partnership. But diversification is easy to say and hard to do. As one historian once remarked, every prime minister comes to office promising to reduce significantly Canada’s dependence on the U.S. market, and every prime minister leaves office having failed in this mission.

We should continue trying, of course. But suppose we succeeded, after decades of effort, in shifting, say, 10 per cent of our total exports to other markets, which in itself would be a remarkable achievement. We would still be sending nearly two-thirds of our exports to the U.S. and the reasons for free trade with the U.S. would remain every bit as irrefutable as they are today.

Moreover, trade diversification comes with its own risks. As Canadians now know, for example, making ourselves dependent on China brings increased risk of Beijing using that vulnerability as a pressure point, kidnapping our citizens, stealing our trade secrets, slamming the door on our pork and canola and abusing us as white supremacists for wanting to follow the rule of law in the Meng Wenzhou case.

Smart policy manages all these risks to the uttermost limits of Canada’s ability. Free trade with the U.S. is not a danger to Canada but the cornerstone of our prosperity for the foreseeable future. USMCA, despite its relatively minor flaws, is far better than the alternatives. It should be adopted.

Brian Lee Crowley is the managing director of the Macdonald-Laurier Institute, an independent public policy think tank in Ottawa.