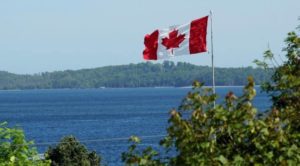 There are structural reasons why the quality of Canada’s public debate is actually worse than in the U.S., writes Philip Cross in the Financial Post. Below is an excerpt from the article, which can be read in full here.

Everyone agrees last year’s federal election marked a low point for Canadian political debate. Instead of discussing the difficult problems caused by the pandemic’s social and economic fallout, the election focused on trivialities, epitomized by NDP leader Jagmeet Singh posting a TikTok video of his dance moves — as if the election were an audition for Dancing with the Stars and not a contest of ideas to lead a troubled G7 nation.

Concern about the declining quality of public debate is not unique to Canada, of course. In 2014, even before Donald Trump entered politics, The Economist lamented that American “national debates have rarely been so sourly unproductive” despite the proliferation of data in society. In this country, as well, the shallowness of Canada’s public debate has been evident since well before an unnecessary and unsavory election made it clear for all to see.

There are structural reasons, however, why the quality of Canada’s public debate is actually worse than in the U.S.

To begin with, our relatively small population necessarily limits the number of voices and new perspectives on our problems. Compounding this disadvantage is the extensive control various organizations exert to restrict access to the public forum. Every nation has what David Brooks, writing in The Atlantic, recently called a self-styled creative class that controls “the massive network of academics and analysts who determine what is true. Most of all, it possesses the power of consecration; it determines what gets recognized and esteemed, and what gets disdained and dismissed … If you feel seen in society, that’s because the creative class sees you; if you feel unseen, that’s because this class does not.”

What are the legal pathways to seek justice for PS752 victims’ families? Kaveh Shahrooz on CBC News

What are the legal pathways to seek justice for PS752 victims' families? Kaveh Shahrooz on CBC News