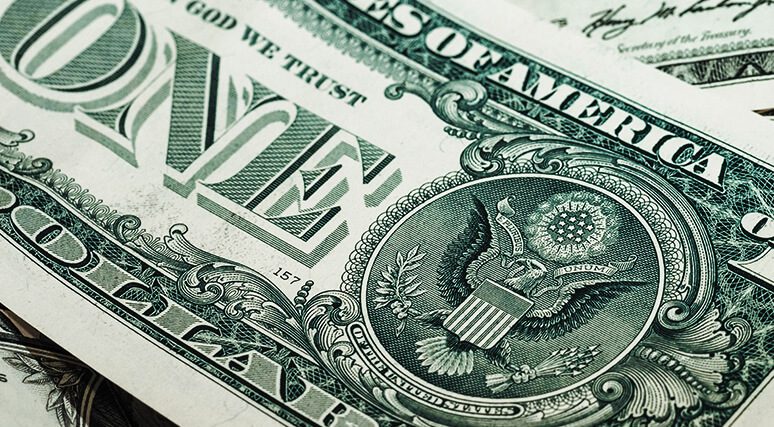 The US desire to have domestic content in public procurement is consistent with the US position in past negotiations, writes Christopher Sands.

The Trump administration is serious about leveraging federal spending to boost the US economy, even as tax cuts, low interest rates, and regulatory reforms provide stimulus. Congress has added a fiscal stimulus as well; the Congressional Budget Office forecasts that by 2029 the US federal debt to GDP ratio will reach 95 percent.

To ensure that voters connect this spending with domestic benefits, the president has expanded the use of “Buy American” and “Hire American” requirements on federal procurement. In April 2017, he signed an executive order requiring domestic sourcing of iron, steel, and manufactured goods for all federal procurement and in federally funded infrastructure projects. In January 2019, a second executive order closed a perceived loophole by instituting a “Buy American” preference  for infrastructure projects that were even partly funded with federal dollars or financial assistance (such as a loan guarantee). And in July 2019, a third executive order raised the standard for what qualifies as American content to 75 percent domestic-originating for all direct federal procurement. The July order also permitted federal government departments and agencies to select a higher cost bid if the US content was higher than the lowest bid received.

Canadian business might feel sanguine about all of this. After all, existing trade agreements prohibit domestic content requirements and substitute a North American regional value content threshold determined by a rule of origin.  This was one of the most important gains from the Canada-United States Free Trade Agreement (CUFTA) and sustained in the North American Free Trade Agreement (NAFTA).

Unfortunately, these gains have been significantly eroded in the Canada-United States-Mexico Agreement (CUSMA) consistent with the Trump drive to expand domestic content requirements in the United States. How did this happen?

CUSMA reflects a change in US objectives for the regional economy. Domestic content requirements were a major concern for the United States during the negotiation of CUFTA in the 1980s. Canada used domestic content requirements on automotive manufacturers to ensure Canada had a “fair share” of industry production, and in culturally sensitive areas such as broadcasting to preserve Canadian “voices” in mass media.

Canada and the United States ultimately compromised: cultural industries were exempted from the CUFTA negotiations (meaning that Canadian policies need not change but would remain open to US challenge), while domestic content requirements linked to production of most goods were prohibited by the agreement, and for the purposes of the CUFTA rule of origin, “North American content” was defined as Canadian or American inputs. When NAFTA was negotiated, national content requirements were again prohibited while North American content for the purposes of the rule of origin was redefined as Canadian, American, and/or Mexican inputs.

Domestic content was important in another section of the CUFTA and NAFTA: government procurement. Canada sought access to the huge federal and state procurement market for Canadian firms in CUFTA, and settled for access to federal civilian procurement (not military, which was covered to some extent by the Defence Production Sharing Agreement of 1957, and apart from this ran into US concerns over technology transfer even with a close ally).

By the time of the NAFTA talks, the United States was willing to open talks on state government procurement and had 37 US states prepared to open their procurement to Canadian and Mexican firms, but Canada’s provinces were unwilling. The US then negotiated Annex II of the GATT Government Procurement Agreement to open procurement by these 37 states to GPA signatories on a reciprocal basis. Canada was a signatory to Annex I on federal procurement, but not Annex II.

The 2008 financial crisis led the US Congress to try to stabilize domestic demand with the fiscal stimulus of a significant infrastructure spending bill, the American Recovery and Reconstruction Act. During congressional hearings on the bill, polling suggested that voters saw the bill as a bailout for rich companies and friends of Members of Congress and the administration, and so congressional leaders added Buy American requirements for contracting to ensure that taxpayer funds would contribute to employing taxpayers in an economic crisis. In domestic political terms, this made the bill more attractive. But in Canada, the Buy American requirements were a violation of commitments to open procurement to Canada.

The Barack Obama administration intervened with Congress in response to Canadian complaints to have the bill amended to qualify that Buy American provisions were to be applied consistent with existing treaty commitments opening US federal procurement to international participation. That should have been enough to make clear that Canadian firms and content were still able to be used in Recovery Act funded projects, but in practice the federal funds from the Recovery Act financed projects for which contracting was managed at state and local levels where the meaning of this exception was not clear.

Canada pressed the issue with the Obama administration during the implementation of the Recovery Act, challenging Buy American procurement by state and local governments in the United States using Recovery Act funds as inconsistent with NAFTA and CUFTA commitments. The US countered that Canada could join Annex II of the Government Procurement Agreement now residing with the World Trade Organization and gain reciprocal access to state procurement from the 37 states that had signed on to Annex II. Canada’s provinces agreed and the issue was resolved in a way that did not include a US retreat from Buy American requirements.

Canada’s provinces are the big spenders in Canadian confederation since they are responsible for education, energy, health care, and transportation infrastructure (from roads to public transit). By joining Annex II of the WTO Government Procurement Agreement, they drew attention to their relatively significant value for foreign firms. Consequently, the European Union – a signatory to the WTO GPA Annex II – made access to provincial government procurement a priority during the negotiation of the Canada-EU Comprehensive Economic and Trade Agreement (CETA), which gave European firms unprecedented access to provincial procurement markets.

At the same time the CETA was being negotiated, Canada and the United States were involved in the Trans-Pacific Partnership (TPP) talks. The TPP included a commitment to open procurement at the national/federal, state/provincial and even local/municipal levels to foreign firms for the public procurement of goods as well as services. The United States Trade Representative insisted that the TPP would not prevent or hinder US federal, state, and local governments from buying American and that policies designed to promote local environmental policies could remain in force. Ottawa touted the opening of procurement markets in the TPP, but for the United States the emphasis was on the continued ability to buy American.

The Donald Trump administration placed this issue back on the North American agenda in its renegotiation of NAFTA. The US reintroduced domestic content requirements in the revised automotive rule of origin, and the Canada-United States-Mexico Agreement (CUSMA or ACEUM in Canada, USMCA in the United States, and TMEC in Mexico) requires minimum levels of domestic steel and aluminum in order to qualify for tariff free treatment. Chapter 13 of the agreement on public procurement follows the TPP model of opening procurement while not restricting governments’ ability to choose domestic content, and the agreement only covers federal or national procurement since most of the TPP countries were not signatories to WTO GPA Annex II.

Canada entered the NAFTA renegotiations with confidence that expanded access to provincial procurement would be a valuable bargaining chip with the Trump administration. When state and local procurement was kept off the table, Canada opted to withdraw from CUSMA Chapter 13 entirely, leaving Canadian access to US public procurement to be governed by the WTO GPA. Canada’s market access to Mexican procurement is governed by the TPP, which both countries ratified in 2018 after the United States withdrew its signature on the agreement. The United States and Mexico will follow CUSMA Chapter 13 for their procurement market access.

With the WTO under threat by the Trump administration, and US Trade Representative Robert Lighthizer on the record criticizing “plurilateral” agreements – in effect, coalitions of the willing – at the WTO that fail to bind all members, some Canadians will blame Trump and resurgent economic nationalism in the United States for new barriers to public procurement for foreign firms. Some even charge that Trump is abandoning the US principle of abolishing domestic content in CUFTA, NAFTA, and the WTO GPA under past administrations.

This judgment is too simplistic. The United States remains opposed to domestic content requirements for duty remission, as well as minimum export requirements. In the CUSMA, the rule of origin formula is more complex, but seeks to ensure that products claiming to be North American truly qualify; that is a tightening of the rules, but consistent with the spirit of CUFTA and NAFTA.

The US desire to have domestic content in public procurement is also consistent with the US position in past negotiations. Equal opportunity for domestic and foreign bidders does not imply a guaranteed equality of result and expressly does not discourage “buy local” policies applied to taxpayer funded projects.

Canada is right to defend the principle of procurement based on merit: the best quality or performance at the best price. And even under CUSMA, it can continue to do so. If approved the CUSMA requires a review after six years, and again after 16 years of implementation. Government procurement rules should be on the agenda, and Ottawa should bring ideas to the table for improvement.

Canadians have another bit of leverage over public procurement of infrastructure, a sector in which public-private partnership (P3) is becoming more common. Governments are looking to private investment to finance major infrastructure projects, and Canada’s public sector pension funds are viewed in the United States and Mexico are attractive sources of project financing. Why shouldn’t these firms make financing contingent on merit-based procurement? Publicly funded portions of projects might still include buy local set asides and restrictions but limiting such requirements to the public portion of P3 projects would represent a step forward – and nothing in CUSMA prevents this.

Domestic content requirements are a natural temptation for politicians and did not originate with Donald Trump. While previous trade agreements have sought to limit their use, CUSMA expands domestic content requirements at the expense of regional content. And as federal governments in the United States and Mexico spend more on procurement of goods and services, Canadian suppliers will lose out as one of the hard-won gains from CUFTA and NAFTA is eroded.

The good news is that CUSMA has built-in reviews after six and sixteen years, and government procurement could be revisited then, post-Trump. In the interim, trade agreements are not the only option and proponents of economic liberalization and merit-based public procurement in Canada, and their soul mates in the United States and Mexico should not give up, nor indulge in Buy American blues.

Christopher Sands is a member of the Research Advisory Board of the Macdonald Laurier Institute and Senior Research Professor at the Johns Hopkins University Nitze School of Advanced International Studies.