How did Biden’s first year turn into a foreign policy disaster? A “pre-mortem” by Balkan Devlen 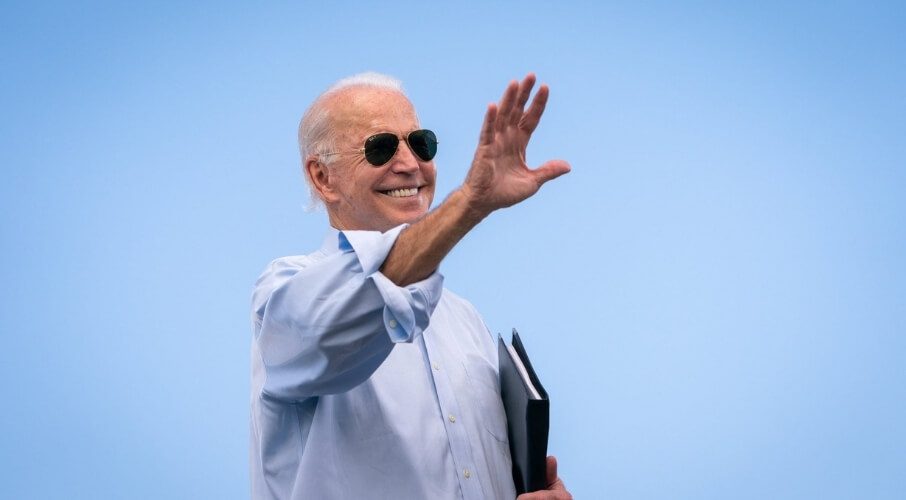 Keeping an eye on these challenges and how the Biden administration deals with them will tell us a lot whether the year will end in disappointment or hope, writes Balkan Devlen.

Everyone is hoping that the Biden administration’s foreign policy will be “boring”. Boring as in no surprises for the allies, a steady and firm commitment to rules-based international order, and a principled stand against the authoritarian threat to democracy. This “return to normalcy” however faces three main challenges; continuing trouble at home, prodding by adversaries to test American redlines, and regaining the trust of allies across the globe. It will not be an easy act to navigate these troubled waters and there are several ways in which Biden administration for return to normalcy could be derailed. Let’s do a short thought experiment on this subject.

It is January 20, 2022. It has been a year since Joe Biden became the 46th president of the United States. The year started with high hopes and expectations around the world of a return of the United States as the “leader of the free world” but ended in disappointment. What happened? What went wrong? How did it come to this?

The paragraph above is how you start doing a pre-mortem, a technique for strategic foresight popularized by psychologist Gary Klein. A pre-mortem is exactly what it sounds like; an effort to understand and dissect the causes of failure just as a post-mortem aims to understand the cause of death. Instead of looking at the past from the present, however, we imagine ourselves in a future where our plans have failed and look back from there to understand how we got there from here. It is a widely used technique in business, public policy, strategic planning, and increasingly in defence and security. The idea is by assuming you already failed to achieve your goals, you try to identify several pathways to failure and then think about how to make them less likely. It is a good antidote to hubris, over-optimistic expectations, planning fallacy, groupthink, confirmation bias, and blindness to the contingent and complex nature of the future.

So here is a brief pre-mortem of the first year of the Biden administration’s foreign policy:

The Biden administration was bogged down in a long, dragged out political and legal battle over the events of the Trump-era that played out in the Congress, the courts, and the media.

This intense focus on domestic politics and the attending drama that played out over months deepened polarization in the United States. Biden, having tried and failed to deliver on his promise of unity, had little time, energy, and political capital to spare for foreign policy with deleterious long term effects.

President Biden talked the talk but failed to walk the walk when it comes to dealing with America’s allies.

Initial assurances that “America is back” under the Biden administration were not backed up by actual policy changes and meaningful consultation and coordination with allies. The Biden administration failed to take into account how four years of the Trump presidency changed the attitudes of America’s allies towards the United States. The end result was cosmetic changes in style but not of substance when it comes to dealing with allies, which led to disillusionment and hedging by America’s allies rather than the revitalization of its alliances, particularly NATO.

Seeing that the new administration was busy putting out domestic fires, authoritarian regimes from Xi’s China to Putin’s Russia and Khamanei’s Iran sensed an opportunity to advance their revanchist policies. Be it in the South China Sea, Taiwan,the Baltics, Ukraine or the Gulf, these regimes however, miscalculated American resolve and overstepped redlines, initiating crises that ended up in military confrontations. Much like George W. Bush’s presidency after 9/11, Biden’s presidency was transformed into a war presidency.

Resurgence of COVID-19 cases with multiple mutated variants against which the existing vaccines have limited efficacy dashed the hopes for a rapid economic recovery.

The Biden administration was forced to turn inwards and adopted an explicitly “America First” economic policy alienating American allies. The onset of stagflation deepened political polarization in the United States. In an effort to address the economic woes and pressured by both left-wing and right-wing populists, the Biden administration adopted a much more protectionist and nationalist economic policy, fully embracing Trump’s “America First” doctrine, not in words but in spirit. Faced with a neo-mercantilist United States, America’s allies started to look elsewhere for economic opportunities and started building up their own economic moats.

None of the events above needs to happen of course and some such as the emergence of a neo-mercantilist US is very unlikely. In a way, the exaggerated narrative above meant to highlight in stark terms the three challenges that could derail a Biden presidency in term of foreign policy; domestic priorities consuming all the attention, energy, and resources with deleterious long term effects for foreign policy; potential for miscalculation by hostile foreign actors leading to military conflict; and failure to back the words with action when it comes to allies.

Keeping an eye on these challenges and how the Biden administration deals with them will tell us a lot whether the year will end in disappointment or hope.

Balkan Devlen, PhD, is Senior Fellow at the Macdonald-Laurier Institute, Director for the Centre in Modern Turkish Studies and Adjunct Research Professor at Carleton University, and consultant for Good Judgment, Inc., a geopolitical forecasting company.

Webinar Panel Video: Connecting After COVID - How Canada and its allies can partner on infrastructure and trade in the Indo-Pacific