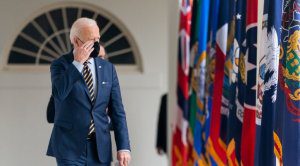 Biden has a flair for poorly thought-out proposals, including blessing the billionaires’ capital gains tax, writes Jack Mintz in the Financial Post. Below is an excerpt from the article, which can be read in full here.

As big spending packages move through the U.S. Congress this week, President Joe Biden is selling twisted fiscal concepts. To him, his package is just dandy as “it pays for itself,” by which he means that a federal spending binge will not increase the deficit, which seems unlikely. But even if that were the case, Americans who face higher taxes or prices due to ramped-up spending may not be as blithely unconcerned as the president apparently is.

Biden has proposed two spending plans that add up to $4.5 trillion over 10 years (all values in U.S. dollars): the $1.8-trillion American Families Plan and the $2.6-trillion American Jobs Plan. The latter includes a trillion-dollar infrastructure bill that the Senate has passed but which is now languishing in the House of Representatives, where Democrats don’t want to approve it until the Senate agrees to the remaining $3.5 trillion.

The Democrats are using the parliamentary tactic of “reconciliation” for the $3.5-trillion package so that only 50 senators plus Vice-President Kamala Harris, rather than 60 senators (including 10 Republicans), are needed to pass the bill. Reconciliation requires budget balancing, so to make all the spending “pay for itself” the Democrats are proposing new taxes, including higher rates of tax on personal income and capital gains ($755 billion) and corporate income ($2.1 trillion), as well as more zealous tax administration ($720 billion).

As many observers have noted, reconciliation budget-balancing often hides legislation’s true cost. For example, a proposed $600 increase in child allowances goes only to 2025, while dental benefits are delayed until 2028. Given the strong likelihood that most new programs won’t be cancelled but will continue indefinitely, the Committee for a Responsible Federal Budget estimates the package’s true 10-year cost will be at least $1.5 trillion more than the official number.

***TO READ THE FULL ARTICLE, VISIT THE FINANCIAL POST HERE****

Across the Pond Ep. 1: A new podcast series by MLI’s Transatlantic Program

Across the Pond Ep. 1: A new podcast series by MLI’s Transatlantic Program