The Better Angels of the Chinese Leadership – Is a More Responsible China Possible?: J. Michael Cole for Inside Policy 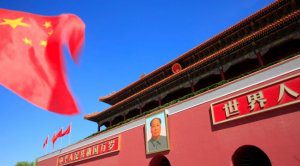 Our aim should be to see the emergence of a China that acts as a responsible rather than transactional stakeholder, writes J. Michael Cole.

Less than a decade ago, China watchers who warned that the country was heading in a troubling direction were easily ignored as alarmists – or worse, as “China haters.” Back then, the predominant view still held that China was engaged in a “peaceful rise” and that its continued integration into the global system, along with the creation of a wealthier middle class, would lead China to “evolve” along acceptable (and democratic) lines. The majority of governments and analysts were thus willing to put on their moral blinders whenever the regime in Beijing violated international law or human rights.

A decade later, that consensus, along with perceptions of China in general, has shifted. Although it is still possible to find heads of state, foreign ministers or experts who argue that we need to be more patient with China, those voices now find themselves in a minority. The idea of China’s “peaceful rise” is no longer real, and decades of permissiveness have resulted in the emergence of a country that is now more authoritarian, repressive, dogmatic and influential, whose greater assertiveness and economic might is underpinned by fear, paranoia and a military that now has sufficient capabilities to challenge any combination of forces in its immediate region, and perhaps even the US, the post-war security guarantor in Asia.

The concept of China’s “peaceful rise” arguably died in late 2012 with the rise of Hu Jintao’s successor, Xi Jinping. Relatively unknown and with nothing particularly noteworthy in his résumé, Xi was selected by a group of Chinese Communist Party insiders who seemed confident that they had picked a suitably malleable candidate. Little did they know that Xi, shaped by his personal traumas during the Cultural Revolution, would almost immediately – and with unexpected ruthlessness – turn on the very system that had elevated him to the position of party secretary general and president of the country.

After an initial period when several outside observers wondered whether he would engage China on the path of political reform, Xi made it clear that he was the exact opposite: despotic, unforgiving, paranoid, dogmatic, and driven by a thirst for concentrated power unequalled since Mao Zedong. Xi seized control of what were already fundamentally antidemocratic tendencies within his party and elevated them to a new realm.

Besides eliminating most of his competitors within the CCP, real or imagined, Xi launched a systematic campaign of re-indoctrination across society, cracked down on the press, civil society and religion, and encouraged the development of a cult of personality, centered on himself – one that had not been seen since the mastermind of the Cultural Revolution and the Great Leap Forward had drawn his last breath. Outside China, Xi’s megalomania translated into greater assertiveness and an increasingly belligerent attitude towards any would-be competitor.

It no longer is possible to ignore the threat China poses to the liberal democratic order, and Xi is largely responsible for the resulting backlash. In recent years, Xi’s China has had serious quarrels with several countries, and the number of incidents continues to rise. Some of those disputes have resulted in military clashes. Despite its might and strength of its economy, China today is arguably more isolated internationally than it has been since the Tiananmen Square Massacre. It remains incapable of using “soft power,” choosing to focus on the “sharp” and “hard” iterations instead. Unless this trend can be turned around, there could come a point when an adviser to Xi asks him, just as Soviet Foreign Minister Eduard Shevardnadze asked General Sergei Akhromeyev during a Defense Council meeting in 1987: “Is this the basis for our defense strategy? You want to fight practically the entire world!”

What can be done?

This state of affairs poses a danger not only to international stability, but to the Chinese people themselves. The challenge that we face as we struggle to come up with an appropriate set of policies to try to encourage the better angels of the Chinese leadership is in identifying, and then isolating, the root cause of the China problem. China’s abandonment of all pretense to being a responsible stakeholder can stem from three possible sources: (a) Xi’s strongmanship; (b) institutional (i.e., at the party-state level); or (c) society-wide ultranationalism.

Identifying which of these three forces is the principal driver of a destabilizing China will help us determine where to focus our responses. If we focus our efforts on the wrong pillar of misbehavior, we are bound not only to fail, but could end up making the China problem even worse.

The first possible pillar is Xi’s idiosyncrasy and megalomania. Should this be the case, then it follows that his removal should result in an immediate drawdown of Chinese assertiveness, a partial relaxation of authoritarian controls within China, and the re-emergence of “peaceful rise” as the key rationale behind China’s ambitions. The problem here is that authoritarianism denies Chinese citizens the mechanisms (such as regular elections) by which they can peacefully remove their leadership.

Consequently, one option is for the international community to seek to discredit and isolate Xi within his own party by collaborating with his competitors within the CCP, who would then engineer his removal by peaceful means or frustrate any attempt on his part to remain in power after his second term. Given that Xi appears to be feared rather than loved, and that he has made many enemies over the years, such a scenario does not appear altogether infeasible. Another, albeit much less optimal, option would be regime change in a coup or a revolution, although such a course of action gives rise to the possibility that whoever replaces him could be even more extremist than Xi, not to mention the very real possibility of a bloodbath.

A second possibility is that the root cause lies at the systemic or institutional level. In other words, the key driver of Chinese assertiveness is the CCP itself. Xi could simply be a product of his time, a symptom of the state of affairs in Chinese politics rather than a historical aberration. In this scenario, the CCP is driving the leadership to excess, rather than the other way around. (Conversely, the case could also be made that the longer a strongman like Xi is at the helm, the more institutionalized will tendencies to please the leader become, thus creating a feedback loop that ever encourages adherence to doctrine.)

Isolating and discrediting the more nefarious elements within an entire and highly paranoid party apparatus is a much more daunting proposition than simply sidelining a strongman. Efforts could nonetheless begin with a focus on creating a wedge between the party and the state, as occurred with the Kuomintang in Taiwan in the 1980-1990s. In this scenario, international efforts should centre on identifying, assisting and protecting reformers within the party-state apparatus, as well as within civil society.

For both the strongman and institutional pillars, much greater efforts should be put into convincing the Chinese public that their current leadership’s behavior is not behaving in the best interests of their country – not an easy proposition, given the party-state controls over information and propaganda, and the ultranationalism it has engineered both as a means of domestic legitimization and to shield itself from external criticism. The immediate aim should not be the removal of the CCP altogether, but rather a reconfiguration through reform, one that still allows China to claim a seat as a major 21st century power but that compels it to act in a more responsible and less destabilizing manner.

The third pillar is Chinese society itself, which decades of indoctrination by the CCP has, in theory, successfully turned into an ultranationalistic force. Here, however, we must distinguish between surface phenomena and the actual state of affairs. In other words, is Chinese nationalistic sentiment today, expressed on Chinese social media and movies, during protests and on university campuses worldwide, the outcome of widespread adherence to the ideology cultivated by Xi and the party, in which case the Chinese would support any action to defend that system? Or is it instead due to fear and pressure to conform with what party officials – —and society itself – believe is expected of them by Xi? Those are two very different dynamics, and getting this right is essential if we are to see the rise of a more responsible China without alienating the entire Chinese population.

“Deprogramming” an entire society that has been “brainwashed” would represent an impossible challenge. Luckily, that probably won’t be necessary. Notwithstanding the repeated assertions by the party that it represents the wishes and aspirations of the entire 1.4 billion people, ordinary Chinese are like people everywhere. It is difficult to imagine that they want a ruinous war with the US over influence in the Indo-Pacific or Taiwan, the South China Sea, uninhabited islets in the East China Sea or a disputed border with India. Like people elsewhere, they want security, jobs, and for their children to have better, more prosperous and fulfilling lives than they had themselves.

And yet, through their actions in recent years, Xi and the CCP are dragging their country ever closer to a point where such a war could occur.

What is the end goal?

There are no easy answers to this problem. But as the international community mulls the best course of action, it needs to ask itself: what do we seek to achieve? What is the end goal? It is unlikely that we will succeed in collapsing the CCP or completely removing the ideological foundations of the People’s Republic of China. Consequently, for years to come, we are probably going to have to learn to live with a superpower whose ideology differs from ours. However, this does not mean that we need to accommodate a leader, regime or society that wages genocide, engages in widespread repression and Orwellian surveillance, threatens war, and exports its corrosive influence to every corner of the planet.

Our aim, therefore, should be to see the emergence of a China that acts as a responsible rather than transactional stakeholder, one that abides by certain codes of decency expected of superpowers in the 21st century, and whose “core interests” do not impose upon or threaten millions of people who have a right to safety, prosperity, and self-determination. It is a rise of China that ought to be manageable, as it arguably was under Hu and CCP leaders before him, rather than threatening, as it is today. Surely that China exists somewhere, and the decency, vision and wisdom that are required to make this a reality no doubt can be found within Chinese society. It is to those better angels that we need to extend an olive branch. But under no circumstances should we allow the current despots to accumulate more power and thereby threaten global stability and the basic rules of decency.

J. Michael Cole is a Taipei-based senior fellow at the Macdonald-Laurier Institute.

What Does it Mean to be a Black Conservative? Jamil Jivani on TVO’s The Agenda