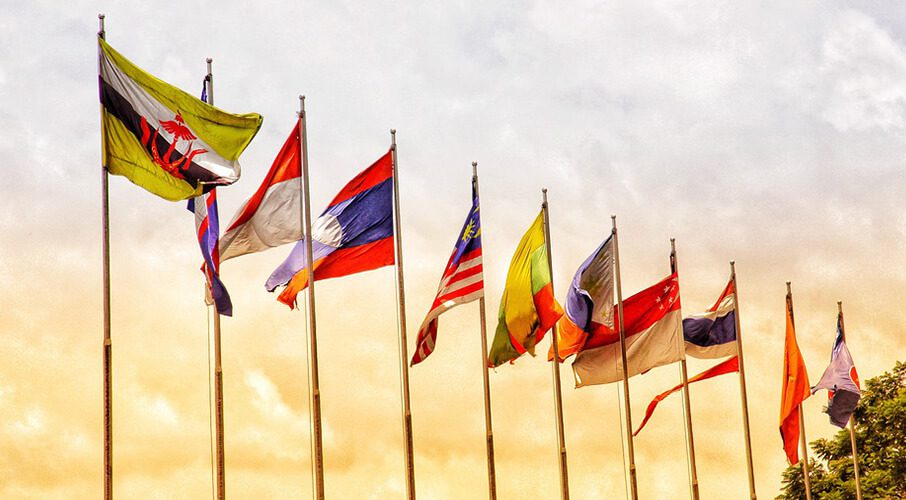 Southeast Asia is at the centre of a growing international competition, in which evolving power rivalry and the implications thereof begin to cast long shadows over the Association of Southeast Asian Nations’ (ASEAN), writes K. Yhome. This article was originally published by the Observer Research Foundation and is being republished as part of the ORF-MLI Canada-India Initiative.

Located at the intersection of the Indo-Pacific region, Southeast Asia finds itself at the centre of the emerging great power competition. There has been an ongoing debate in the region on the issue of the evolving power rivalry and its implications on Association of Southeast Asian Nations’ (ASEAN) role as the key driver in setting regional norms.

Over the years, ASEAN has created several regional mechanisms including the ASEAN Regional Forum and the East Asia Summit that allow it to engage major powers and manage their interactions in the region. The Southeast Asian grouping has long taken pride of its role as a key regional actor and creating an ASEAN-centric approach to regional security and economic processes captured in the notion of ‘ASEAN centrality.’

The debate on ‘ASEAN centrality’ gained momentum with China’s growing regional clout. Differences over China, particularly Beijing’s aggressive behaviour in the South China Sea where several ASEAN member-states have been locked in maritime territorial disputes with China, have exposed ASEAN unity and raised questions about the regional bloc’s centrality.

The challenge for ASEAN has grown as US-China strategic competition intensify in the region. A few recent events suggest that the debate on ASEAN centrality is likely to sharpen in the coming months and years. Earlier this month, the foreign ministers of four Indo-Pacific democracies — Australia, Japan, India, and the United States ––– or the ‘Quad’ held talks in Tokyo where they emphasised ‘ASEAN centrality’ in the region.

The Quad’s reaffirmation notwithstanding, the long-term implications of the Quad for ASEAN did not go unnoticed. An observer has suggested that the growing significance of the Quad may undermine ASEAN’s “convening power” in the emerging regional architecture in the long run. The notion of ‘Quad Plus’ involving the four Quad members and other partners from the Indo-Pacific region has also been viewed as “parallel” mechanisms to ASEAN-led forums.

For some time, the Quad members have been wanting to involve ASEAN and its member-states in the initiative. Indonesia and Vietnam often find mentioned as potential key partners. Japanese Prime Minister Yoshihide Suga choosing two ASEAN member-states –– Vietnam and Indonesia –– as his first overseas trip last week and US Secretary of State Mike Pompeo’s visit to Indonesia this week would be viewed as the Quad wooing partners from the region.

As a founding member of ASEAN, Jakarta steadfastly supports of the idea of ASEAN centrality and Vietnam is ASEAN chair this year. Nonetheless, Southeast Asian strategists would look at these developments more than as coincidence and would try to understand the possible implications on the ASEAN-centric approach. Another related development involving the Quad members that would also be seen in Southeast Asia as part of the wider regional processes is Delhi’s invitation to the Australian navy for the Malabar exercise next month. This has come days after the Quad foreign ministers meeting in Tokyo.

ASEAN has dealt with great power competition in the past, but as a peripheral region. Today, Southeast Asia is the main theatre of the emerging great power rivalry. The Southeast Asian grouping has come a long way in establishing itself as an important regional player. However, ASEAN’s style of functioning and its inability to put its act together at times have often invited criticisms and concerns about its unity and role in the emerging regional geopolitics.

ASEAN will hold the 15th East Asia Summit next month. The participation of major powers would be watched closely as ASEAN views the presence of these leaders in its regional mechanisms as an indication of the importance major powers attach to the region. Apart from the four Quad nation-states, the EAS includes China, Russia, South Korea and New Zealand as members.

What happens at the EAS may provide a glance of the direction of this debate. However, for ASEAN, recognising that major powers would pursue their own interests and ASEAN centrality would depends on how innovatively the regional grouping adapts itself to the changing geopolitics would determine its relevance.

In their book The ASEAN Miracle: A Catalyst for Peace, Kishore Mahbubani and Jeffreg Sng argue that one of the factors behind ASEAN’s success in the 20th century was because of the ‘geopolitical luck’. There were several geopolitical events that helped ASEAN to emerge as a credible regional bloc. The question is whether ASEAN will have its ‘geopolitical luck’ in the 21st century.

K. Yhome is a Senior Fellow with ORF’s Neigbhourhood Regional Studies Initiative. His research interests include India’s regional diplomacy, regional and sub-regionalism in South and Southeast Asia, the Bay of Bengal region and China’s southwest provinces.