After decades of timidity, can Canada’s allies still take us seriously? Christian Leuprecht and Bruno Charbonneau in the Globe and Mail

The forthcoming federal budget and this week’s NATO summit afford Mr. Trudeau an opportunity to change tack and invest resources that match a commitment to global leadership and foresight. 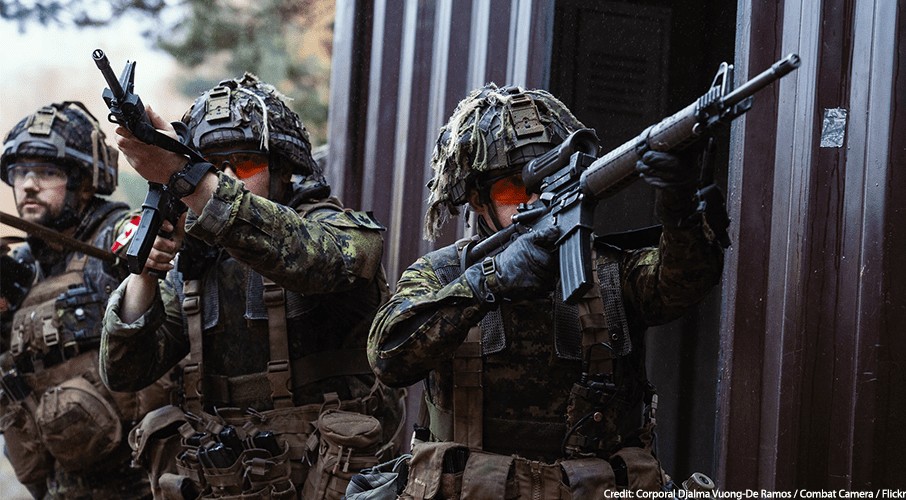 The deficiencies in Canadian defence policy and diplomacy can be summed up as: words speak louder than action.

In the years following Russia’s 2014 annexation of Crimea and during Donald Trump’s presidency, Canada paid its commitment to NATO forward, especially with its lead contribution to the Enhanced Forward Presence in Latvia and a major commitment to the NATO-organized training mission in Ukraine. Still, in the current fraught circumstances, more is needed.

Russia’s invasion of Ukraine has forced the issue. We need to invest more in international affairs to show that Canada is a serious and credible ally, or we will be ignored as a discretionary ally by the United States and Europe and end up having to invest a lot more later for vastly diminished returns.

Multilateral institutions have long given Canada disproportionate bang for its buck on its international-policy investments. Canada helped build a transatlantic security architecture to keep the North Atlantic region secure, prosperous and democratic. At times, NATO membership has allowed federal governments to underinvest in defence by harnessing economies of scale. Canada could thus “punch above its weight” despite missing alliance members’ spending commitments of 2 per cent of GDP on defence.

By design rather than consequence, Europe has become our most important strategic relationship after the United States. The European Union bolsters Canadian interests in moderating the U.S. penchant for unilateralism. But with the invasion of Ukraine, Europe is both welcoming the return of strong U.S. leadership and coalescing as a much more cohesive and independent defence actor. German Chancellor Olaf Scholz seized the initiative with a historic policy U-turn: an immediate infusion of €100-billion to modernize its armed forces, a promise to raise defence spending to more than 2 per cent of its GDP and the export of missiles and anti-tank weapons to support Ukraine. Germany got the message: the military is an instrument of foreign policy and national power.

Contrast the realism of Germany’s governing coalition of Social Democrats and Greens with the Liberal-NDP supply-and-confidence agreement that privileges political ideology over Canada meeting its fundamental obligation to defend the country, the continent, and our allies. “We woke up in a different world today,” concluded Germany’s Minister of Foreign Affairs. Canada’s Minister of Foreign Affairs, on the other hand, has said that Canada is “not a military power.”

Germany also announced two new liquid natural gas-import terminals to reduce its dependence on Russian energy imports; the EU, meanwhile, has accelerated plans to phase out Russian gas. Yet the only European and U.S. ally with untapped potential to make an immediate difference here is proving predictably unreliable: Canada.

During Mr. Trudeau’s recent trip to Europe, there was jarring dissonance between his talking points on jobs, the middle class and climate change, and the gravity in the tone of European leaders. He was just the latest prime minister to once again put electoral self-interest ahead of Canada’s national interest – but this time, the ramifications are far-reaching.

After decades of willful neglect, Canada’s international policy cupboard is bare. To regain its standing in both NATO and Washington, Canada has to deliver on real capabilities: robust expeditionary capacity, ballistic missile defence, the renewal of the North American Aerospace Defence Command, specifically the replacement of the North Warning air defence system and ballistic missile defence, and a standalone foreign intelligence agency. In return, European allies must recognize that this spending is not just for the security of Canada and the U.S., but for all of NATO. If North America is increasingly vulnerable to air attack, including with hypersonic missiles, the U.S. security guarantee that makes NATO possible in the first place will be undermined.

Finally, instead of performative announcements, Canada actually needs to deliver on sanctions, starting by making good on the Canadian Financial Crime Agency announced back in 2019. The Cullen Commission on Money Laundering in B.C. is making apparent that Canada, with its lax laws and lack of meaningful enforcement, is a haven for dirty money from around the world, including from Russia.

The federal government’s current course is quickly becoming a serious liability. But the forthcoming federal budget and this week’s NATO summit afford Mr. Trudeau an opportunity to change tack and invest resources that match a commitment to global leadership and foresight. It’s time to signal that Canada can continue to be counted upon as a reliable ally – one that is adept at pragmatic crisis management, yet strategic in its international policy. The alternative is a world where Canada finds itself irrelevant and alone.

Christian Leuprecht is professor at the Royal Military College and Queen’s University, senior fellow at the Macdonald-Laurier Institute, and the author of Intelligence as Democratic Statecraft. Bruno Charbonneau is professor and director of the Centre for Security and Crisis Governance at the Royal Military College Saint-Jean, and the director of Centre FrancoPaix at the Chaire Raoul-Dandurand at the Université du Québec à Montréal.