To see the federal Liberals finally aligning with our much-maligned resource sector in such a big way is a game changer. 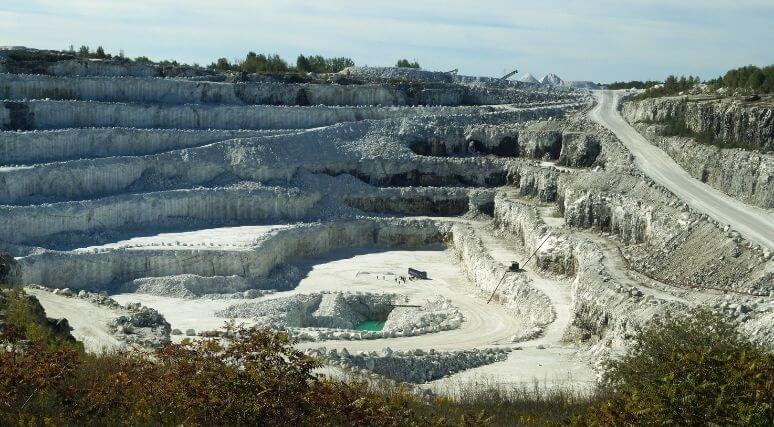 One of the biggest ticket items from this month’s federal budget was $3.8 billion for critical minerals — the mining products we need to produce everything from fertilizer to windmills to touch screens. The timing is great, as commodities are booming. The demand for some of the minerals required for the energy transition, for example, is set to quintuple. Public funds will be directed toward supports for mineral surveying, processing and recycling, as well as tax credits for digging new mines and subsidies for infrastructure.

The Mining Association of Canada, which represents the mining industry, could not be more delighted. Such is their enthusiasm for the budget that one might speculate it was they who wrote the ask, and then got everything on their list. This is a good thing; to see the federal Liberals finally aligning with our much-maligned resource sector in such a big way is a game changer.

Since the Trudeau government came into power in 2015, the nation’s immense extractive sector has been on the defensive, with new regulatory processes making projects in Canada more expensive, time consuming, and ultimately uncompetitive. Canada has perhaps the richest resource endowment per capita in the world, currently representing 13 per cent of the Canadian economy and half of our exports.

But Ottawa has seemed to regard it as a relic, eager for a “just transition” that would negate the “social impacts” of “male construction workers” working on highways and pipelines by retraining them as benign coders.

In their defence, the Liberals were elected right at the beginning of a global commodities price shock, when the collective economic weight of our oil, gas, mining and forestry sectors was in free fall. At the time, it was easier to imagine that the resource sector was in a death spiral and that the smart money was in technology and the knowledge sector. But in reality it was merely the bottom of a cycle, not a transition, and in 2022 commodities are having their renaissance.

As we enter this new phase, the benefits of maximizing Canadian resource outputs are proving irresistible to even the most urbane of Laurentians. The resource sector is providing a windfall for government revenues (the oil and gas industry alone is projected to add $20 billion to federal and provincial coffers in 2022), creating high paying jobs and indeed affording much-desired soft power to Canada on the global stage.

One imagines that in Prime Minister Justin Trudeau’s recent conversations with our allies, the only question they care for a Canadian response on is how to get more oil, natural gas, uranium, fertilizer and wheat — all super abundant in Alberta and Saskatchewan, of all places — to global markets.

On critical minerals, they are finally getting it right. If the goal, in their heart of hearts, is really to provoke a critical mass in electric vehicle and charger supply in order to get Canadians off of internal combustion vehicles, rather than some reversal in their feelings about natural resources, at least we can celebrate that they are finally thinking about the logistics of their policy goals, and not just the rhetoric.

The recent approval of the Bay du Nord project off the coast of Newfoundland, the first greenfield oil megaproject approved by the Liberals since coming into power, suggests this newly discovered pragmatic approach is not limited to mining.

It has become clear to this government that to achieve any of their policy objectives, from affordable housing to electric vehicles, and from inflation to foreign affairs, we will need more raw materials and skilled labour. Our economic, social and climate goals depend on Canada’s natural resources sector firing on all cylinders.

The Liberals have not been leaders in this endeavour. But it’s starting to look like they are at least willing to get out of the way.

Heather Exner-Pirot is a senior fellow at the Macdonald-Laurier Institute.

The Emergencies Act wasn’t the only sledgehammer: Richard C. Owens in the Financial Post