The world must awaken to the reality that Russian nuclear blackmail and terrorism is already here.

in Columns, Foreign Affairs, Foreign Policy Program, In the Media, Inside Policy, Latest News
Reading Time: 5 mins read
A A 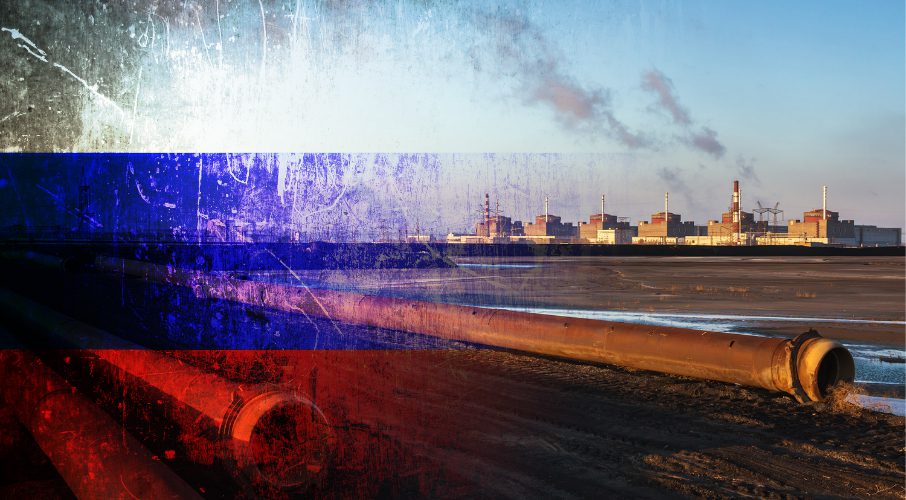 After the US forces killed al-Qaeda leader Ayman al-Zawahiri last week, one of my friends texted me “Putin is now the most dangerous terrorist on the planet.”

It is difficult to disagree. While nearly 3000 people had perished in the deadly 9/11 terrorist attacks, the number of civilian casualties in the Russian war of aggression on Ukraine has reached more than 12,500 killed and injured, based on data verified by the Office of the UN High Commissioner for Human Rights. Notably, this does not include tens of thousands buried in the mass graves in the cities under siege, such as Mariupol, and the yet unknown victims of the Russian atrocities on the occupied territories of Ukraine and in deportation. Once released, the real death toll will be appalling.

This is the price Ukrainians are paying every day for the country’s decision to give up its nuclear weapons and join the Non-Proliferation Treaty back in 1994. Had a young Ukrainian state maintained its nuclear arsenal – or had Moscow abandoned hers – the Russian invasion of Ukraine might never have happened. The Budapest Memorandum was meant to ensure it never does. But, in the world of realpolitik, when nukes speak, the law falls silent.

After occupying one-fifth of a sovereign neighbouring country, whose territorial integrity it had committed to defend, the Kremlin has now suspended US on-site inspections of Russia’s nuclear arsenal, as required under the most recent strategic arms control treaty. The New START Treaty was the last arms control treaty remaining in effect between the two counties, and its inspection and verification clauses were seen as crucial for preventing nuclear escalation. Now, the Kremlin has halted its implementation, trying to trade-off strategic stability on the continent for easing US sanctions and lifting travel bans for Russians.

Russian nuclear blackmail is not something new. However, its scope has expanded over the years, most recently by adding seizure and threats to blow up active nuclear power plants to the existing toolkit. Attacks on nuclear facilities carried out by a state holding nuclear weapons sound more realistic than using actual nukes.

Falling into the trap of Russian blackmail, analysts have largely assessed the probabilities of a full-scale nuclear war versus an occasional use of tactical nukes in case of escalation, but have remained silent on the basic scenario, in which the Kremlin has already made efforts at nuclear terrorism against the West.

Today, Russia is using nuclear blackmail to undermine the West’s resolve to provide military support to Ukraine and halt its possible counteroffensive. Besides, according to an Institute for the Study of War (ISW) report, the Russian army has effectively used the critical infrastructure as a nuclear shield to prevent Ukrainian strikes against Russian forces and equipment.

Russia’s use of this critical infrastructure in such a way is long: the takeover of the Chernobyl radioactive waste disposal area, the launch of missile attacks over the Khmelnytsky NPP in vicinity to the European Union (EU) borders, and turning Europe’s largest NPP, Zaporizhzhia, into a military base with soldiers, heavy weapons and explosives stored close to the power units.

Most recently, the shelling of the Zaporizhzhya NPP has intensified, and three explosions were heard on the industrial site of the plant as the Russian forces hit it on August 5. The aim of these attacks has reportedly been to destroy the plant’s infrastructure, disconnect it from the Ukrainian power system, and thus cause a major blackout in the south of the country.

However, the price of these actions could become much higher.

Back in 1986, explosion of one reactor at the Chernobyl NPP caused an unprecedented catastrophe, with the long-lasting consequences still felt today. Now, there are 15 reactors in four NPP’s functioning across the country under heavy shelling, some of them in the Russian-controlled areas without any chance for oversight.

Of course, Ukrainian NPPs have more modern safety systems than Chernobyl, making it more unlikely that a similar disaster would easily result. However, it certainly remains a possibility. And, if such an accident takes place at Europe’s largest NPP with six power units, this could potentially lead to an unprecedented nuclear disaster.

The Ukrainian nuclear authority “NAEC Energoatom” has already called on the UN, International Atomic Energy Agency (IAEA), and the international community to take all possible measures to send a mission to the Zaporizhzhya NPP to ensure its further demilitarization and withdrawal of Russian troops from the facility and surrounding area.

President Zelenskyy echoed the appeal, also calling to recognize Russia as a terrorist state for its acts of nuclear terrorism and to impose tough sanctions against the Russian nuclear industry, since “those who create nuclear threats for others are definitely incapable of safely using nuclear technologies themselves.”

No response has come yet.

Meanwhile, the Russian occupiers declared their readiness to blow up the mined Zaporizhzhya NPP. “There will be either a Russian land or a scorched desert,” said their commander.

If this happens, the radioactive contamination can reach as far as Turkey. There, in a tourist-friendly southern province of Mersin, Russia’s “Rosatom” is now building what it calls “the first Russian nuclear power plant outside of Russia” – the  “Akkuyu” NPP. After its recent scandalous decision to terminate a deal with a Turkish partner, there are reasonable fears that this strategic facility, which is constructed under the “build-own-operate” model in a NATO-member country by a Russian state-owned company, may become the next bargaining chip in Moscow’s nuclear gamble.

Since the first days of invasion, Ukraine has asked for help to close the sky from the Russian attacks on civilian and critical infrastructure. The main argument not to provide it was the threat of nuclear war.

There is no more excuse for the West’s fears.

The world must awaken to the reality that Russian nuclear blackmail and terrorism is already here. Unless stopped now, it may leave behind either a Russian land or a contaminated “scorched desert” in Europe, even without resorting to a full-scale nuclear war.

Yevgeniya Gaber is a nonresident senior fellow at the Center in Modern Turkish Studies, Carleton University and the Atlantic Council IN TURKEY.

Facebook isn't going to save you, newspapers: Peter Menzies in the Line