Watching the Ukraine invasion, the Taiwanese fear they could be next: J. Michael Cole in the Globe and Mail

While Beijing may not decide to act now to annex Taiwan, this kind of scenario has been rendered much less unthinkable, writes J. Michael Cole 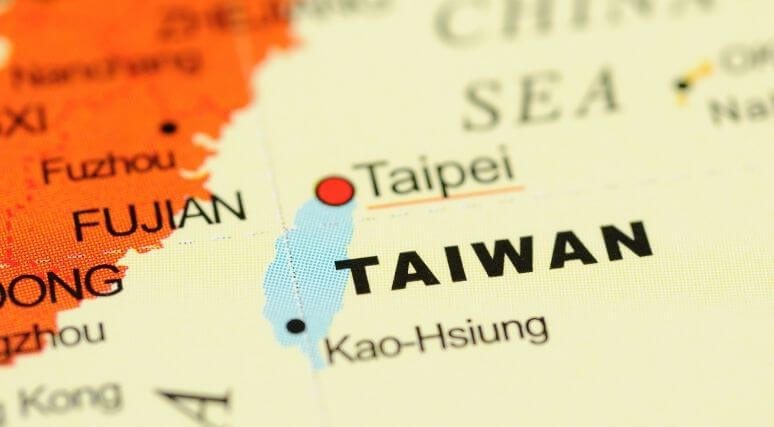 As the world watched in horror as Vladimir Putin launched his invasion of Ukraine last week, the world’s attention also turned to another part of the world where, it was feared, another autocratic leader could be inspired to launch his own unprovoked attack against a democratic neighbour. Like Ukraine to Moscow, Taiwan, a democracy of 23.5 million people, has long been a thorn in the side of Beijing and territory which China covets to assuage its sense of insecurity.

For many, Mr. Putin’s decision was evidence that deterrence had failed. And as the tanks rolled across the border into Ukraine, many began asking “if Ukraine today, perhaps Taiwan tomorrow.” What if Mr. Putin and China’s equally ruthless leader, Xi Jinping, are now joining forces to undermine global democratic order and undo what they regard as historical affronts to their countries’ pride?

While such fears are not entirely unwarranted, it is important to note that the two conflicts are also markedly different in a number of ways. The idea that a Russian invasion would automatically lead Beijing to act in similar fashion, therefore, is based on false assumptions. Among other things, Taiwan has the advantage of being surrounded with water, which adds complexity to any attempt by China to invade it. Unlike Ukraine, it also does not have a substantial segment of its population comprised of an ethnic minority that supports annexation by its neighbour; despite political divisions among the Taiwanese, the great majority of them do not want to be governed by the People’s Republic of China and are just as deserving of their country remaining sovereign as are Ukrainians. Lastly, unlike Russia, which has prosecuted a number of wars in the past three decades, China, other than skirmishes with India, has little experience waging complex military operations against one or several opponents, as could be the case in the Taiwan Strait.

Still, Mr. Putin’s decision to do the unthinkable has shaken long-standing assumptions about rational decision making by highly personalistic authoritarian regimes. While Beijing may not decide to act now to annex Taiwan, this kind of scenario has been rendered much less unthinkable. With Taiwanese media reporting extensively on developments in Ukraine, the Taiwanese public could shake off its apathy by the realization that maybe not today, but one day, they could be next.

Mr. Putin may inadvertently have broken that spell, with the Taiwanese finding inspiration in the Ukrainian people’s valiant resistance to aggression. This resistance in the face of odds that are overwhelmingly against them also proves that a motivated and well-prepared citizenry can impose huge costs on an invasion force, as the Russians have discovered in the past week. The effects on the willingness of young Taiwanese to join the military, or at minimum to receive some military training, could play a big role in Taiwan’s ability to deter a Chinese attack. While it is too soon to tell what the outcome of the war in Ukraine will be, Russia’s inability to quickly achieve its objectives, and the high costs associated with that adventure, will surely be noted by Beijing. Invading a stubborn opponent is no walk in the park.

Global unity in enforcing and sustaining punitive sanctions against this type of aggression will also have a major impact on the willingness of other authoritarian leaders such as Mr. Xi to launch wars of aggression. And yet, Beijing may also learn various lessons from Russia’s experience in Ukraine and adapt its own strategies accordingly. In other words, even a debacle in Ukraine confers no certainty against a decision by Beijing to use force against Taiwan one day.

Given the Taiwanese people’s proud attachment to their democratic way of life, there is little reason to believe that they would lay supine (Beijing’s preferred option) if the People’s Liberation Army ever set boots on the ground in Taiwan. Pacifying Taiwan would be an immense challenge for the PLA, and the Taiwanese can make that threat all the more formidable by receiving proper training, being given access to weapons and by preparing the general population to play various roles in an asymmetrical resistance. The international community and Taiwan’s key allies, such as the United States and Japan, will also learn lessons from Ukraine and refine their own strategies, in collaboration with Taiwan, to deter and counter Chinese aggression against Taiwan, against a war whose impact on the international community would be much more severe.

J. Michael Cole is a Taipei-based senior fellow with the Macdonald-Laurier Institute and a former analyst with the Canadian Security Intelligence Service.

What we’ve learned so far from Russia’s war on Ukraine: Richard Shimooka in Open Canada