To help ensure Ukraine’s victory, we must spare no expense. 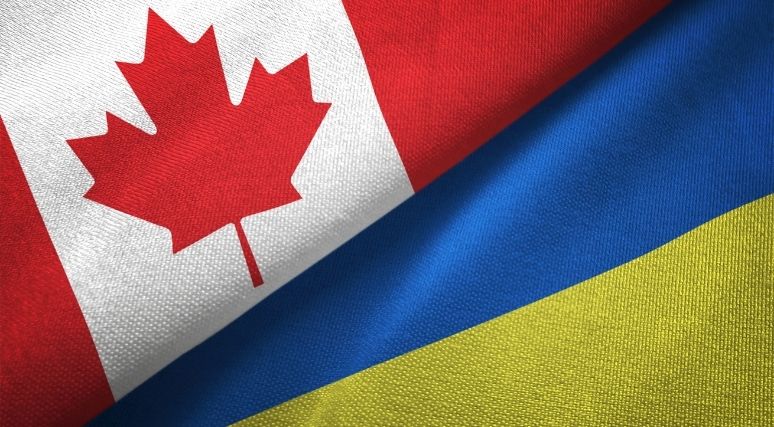 This article was originally published in the Hub.

Vladimir Putin’s latest war of aggression against Ukraine is entering its second week. But while Ukrainians are the ones heroically standing as the vanguards of democracy against authoritarianism, we must make no mistake: Putin has in fact declared war on much more than Ukrainian democracy.

This war, the largest and most devastating in Europe since the end of the Second World War, represents an assault on democracy itself. It is an attack on the rules-based international order that rejects the approach of “might is right” and is essential for maintaining democracy, freedom, human rights, and prosperity.

The cost of allowing Putin to destroy Ukraine’s emerging democracy will be much greater and more painful for the Western world in the long term. By failing to stand up to Putin’s aggression today, we put our frontline NATO allies at greater risk, so too our partners and allies in the Indo-Pacific region like India and Taiwan, which are under constant threat of China’s aggression. We invite a more dangerous world when we allow authoritarians to use force and threats to get their way.

Thus, the choice before us is clear: do we pay the price for defending democracy now, or do we continue to allow authoritarianism to prevail, and ultimately pay a much higher price later?

We must do all that we can today, to support Ukraine in its fight against authoritarianism. And though we have made the case for a need for a stronger approach to Russia for many years now, we are less alone than ever in making this case.

The United States, the European Union, and countries like Canada have in fact stepped up. The economic sanctions against the Russian regime and Putin’s cronies, while imperfect, are robust and aggressive. The aid being provided to Ukraine is substantial, and if reports of the last few days are to be believed, this aid is proving vital and is growing. U.S. intelligence has substantially boosted Ukraine’s capacity to frustrate and repel Russian invaders. Canada’s mission to train Ukrainian soldiers has proven a critically important factor in the ability of the Ukrainian army to successfully defend its cities against a numerically superior, savage enemy.

Finally, at this moment that matters most, the free world has decided to stand up and unite against Putin’s neo-imperialist aggression.

But even still, there is far more that Canada can and must do to ensure Ukraine’s victory, to bolster the resolve of our allies, to protect the Ukrainian people from the war Putin has imposed on them, and to enact every cost reasonably possible on the prosecutors of this unconscionable act of barbarism.

Our first step should be to push NATO toward a roadmap for Ukraine’s inclusion in the alliance and encourage our European partners to invite Ukraine to join the EU. Both moves may yet offer some serious deterrence against Russia, communicating to Russian oligarchs and generals—who have badly bungled their invasion to date—that they have no hope of winning in the long run.

To help ensure Ukraine’s victory, we must spare no expense. The aid that the international community has sent so far in terms of arms, equipment, rations, money, and more have all been significant, and we should continue to ramp it up. We should treat manufacturing now as a war-time effort, working aggressively with manufacturers to produce the means that Ukraine requires to defend itself. Canada should also work hard to rally our allies to do the same. If Canada hasn’t the anti-tank and anti-aircraft weapons that Ukraine’s defenders so desperately need, we must work with our allies to deliver and then resupply them.

Even before these new, crippling sanctions were imposed on Russia, its economy was much weaker and less productive than ours, despite Russia having a population nearly four times as large as ours. When joined by our allies, Canada can spend far more toward providing assistance to Ukraine. Russia will not be able to compete with our ability to output aid and resources to the heroic defenders of Ukraine.

We should make it easy for Canadian volunteers to go to Ukraine, potentially setting up financing to help those with military experience to travel to Europe in order to join Ukraine’s international brigade.

We should also contribute to intelligence and cyber efforts to support Ukraine while eroding the effectiveness of the Russian aggressors. Russia will likely launch intense cyberattacks, and we must provide as much of a shield as possible, something Canada does indeed have the capability to assist with.

Even still, Canada cannot effectuate much change on our own. We need help in this effort, which means we must ensure that our allies are similarly devoted.

One way we can encourage that commitment is by finally getting serious on defence. Canada should finally announce its replacement of our aging CF-18s, electing the most capable option and best option for ensuring our pilot’s safety: the F-35. We should also seek to follow Germany’s lead in announcing a major increase in our defence spending, reaching the 2 percent of GDP threshold that is technically expected of NATO allies. With Putin issuing reckless nuclear threats, we are reminded of the importance of getting serious on ballistic missile defence in our North, of expediting the process of retrofitting our North Warning System, and further expanding our defence commitments in Europe.

Additionally, it is time for us to get serious about tackling disinformation, foreign interference, money laundering, and sharp power operations. We can start by targeting foreign agents within Canada by passing the Foreign Interference Registry Act which was recently introduced in the Senate by Senator Leo Housakos. We can also learn from countries like Taiwan, Latvia, Lithuania, and Sweden, who are on the leading edge of the fight against malign foreign interference in their politics. If we are to secure the home front, we need to finally deal with Russia’s web of deceit that is poisoning our democracy.

Our allies in Europe are also struggling with their energy supplies. Canada has unique advantages here, particularly with respect to LNG. We must reinstate and expedite with all haste projects designed to get energy resources to our allies in Europe so that these allies can permanently turn off the Russian taps. Canada’s decision on Monday, to ban all imports of Russian crude oil, should also prompt a debate about increasing our energy independence in Canada.

Taking these steps—steps that we should have taken long ago—is in our own self-interest and is the best way to respond to a clearly more dangerous world.

War creates humanitarian disaster. Though many Ukrainians will stay and fight, many will also be seeking refuge. A country as geographically blessed as Canada should open its doors as widely as possible. We should also support UN and NATO-allied efforts to help place refugees in other countries that will take them. Our experience from Afghanistan was instructive; we must ensure that our civil servants are properly supported both with policy and resources to save as many Ukrainians fleeing Putin’s butchers as possible.

Canada has announced matching donations to the Red Cross of up to $10 million, and that is certainly something, but we must do far more. Once again, this is not a situation in which we can afford to be stingy.

While the sanction measures that have been introduced to date have been robust, more can be done. The goal must be to make Putin and his kleptocrats as financially bankrupt as they are morally bankrupt. Their greed and kleptocratic natures are their greatest weakness; we must do everything we can to exploit this by not just freezing oligarch assets, but by seizing them as laid out in Magnitsky plus legislation proposed by Senator Ratna Omidvar. Leading oligarchs have begun to criticize Putin’s war—this change-in-heart has been motivated by the threat of sanctions. Canada must target corrupt oligarch assets in Canada to further motivate them to challenge Vladimir Putin’s policies and authority.

Canadian financial institutions and companies should cut ties with Russia entirely; pension funds and wealth portfolios should be urged to divest entirely from the Russian economy, and the federal government should help provide the means to ease that process where necessary.

For most of these measures, there is a price and there are risks. Russia may yet retaliate with cyberattacks on our societies. Putin may ramp up his toxic disinformation campaigns. Like a snarling rabid animal, there is always a risk that the scared and angry little man ensconced in the Kremlin will lash out directly and militarily against a NATO ally. These are all things that must concern us.

But this is proof that we must act, not an argument in favour of continued inertia. If Putin’s Russia is so willing to aggress and punish the world in an attempt to secure its preferred outcome in Ukraine, that speaks to the nature of an inherently aggressive regime that must be confronted lest it continues to act in such a manner. We have already seen Russia act with destructive abandon toward our democratic institutions, our information environments, and more. That Putin has the capacity to wreak further destruction is only more evidence that we must take measures to help effectuate his removal.

And ultimately, Putin is unlikely to stop unless he believes his position as Russia’s president is under threat. Therefore, we must work fast and hard with Ukraine and our other democratic partners and allies to bring that reality closer. It is the only way to achieve a just peace.

Watching the Ukraine invasion, the Taiwanese fear they could be next: J. Michael Cole in the Globe and Mail

There's no green shift in the latest investment intentions: Philip Cross in the Financial Post