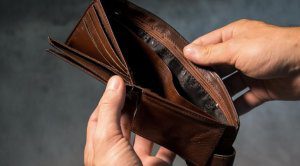 The Trudeau government seems bent on bribing voters with mountains of new debt that it will leave for others to pay, writes Jack Mintz in the Financial Post. Below is an excerpt from the article, which can be read in full here.

With the sudden resignation of finance minister Bill Morneau, Canadians should be asking a simple question: are the federal Liberals about to embark on a new spending spree? Differences in views between a finance minister and prime minister are common, but with Morneau’s departure the signal seems to be to loosen the belt — which is not easy when you’re already planning a deficit of $343 billion. Perhaps the new minister of finance, Chrystia Freeland, will be a stronger personality with her own ideas of belt tightening. We shall see.

When I say “spending spree” I’m not referring to the multitude of temporary support programs that are already producing the gigantic deficit in fiscal year 2020-21. No, I mean permanent public spending, including growing interest charges. After the WE Charity scandal, rumour has it the Trudeau government is looking for a magic recovery bullet that will transform Canada. Two obvious candidate files are climate change and social policy, both supposedly sources of conflict between the PM and former minister Morneau.

Climate change will get attention because Canada is falling far short of its (unrealistic) target of reducing GHG emissions by 30 per cent from 2015 levels to 511 megatonnes (Mt). According to Environment and Climate Change Canada, GHG emissions were 729 Mt in 2018, virtually unchanged since 2005 and slightly above 2015 levels. The ministry predicts, with shaky credibility, that additional measures will reduce emissions to 599 Mt by 2030.

This lack of progress toward the 2030 goal does not sit well with many Liberals. So expect a renewed agenda including new climate-change programs. One does not have to look far for ideas. The self-appointed Task Force for a Resilient Recovery, arranged by the PM’s former principal secretary, Gerald Butts, provides plenty of spending ideas in its July 22 report.

The Line on Bill Morneau: William Watson in the Financial Post

Events in Hong Kong should matter to Canadians: Alvin Y. H. Cheung for Inside Policy

Events in Hong Kong should matter to Canadians: Alvin Y. H. Cheung for Inside Policy