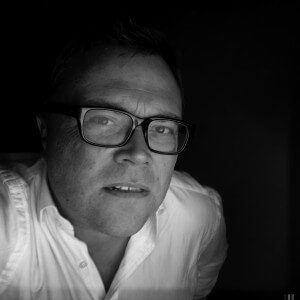 Canadians need not – as some politicians have suggested – deny one community’s memorial to help memorialize another, writes Marcus Kolga. The Memorial to Victims of Communism is a great example of further weaving our common historical fabric and investing in the unity of our nation.

This week, the minister of heritage announced the five finalists for the Canadian Memorial to the Victims of Communism. Federal politicians have played political football with the memorial and the victims it represents for nearly a decade.

After the previous federal election, the memorial seemed doomed by a small yet vocal group of critics whose aim was to terminate the project and marginalize the status of millions of Canadians and their families who were victims of Communist tyranny. While the memorial was relocated and redesigned, the project to memorialize the victims and honour their contributions is moving ahead.

The memorial has seen its fair share of controversy and partisan wrangling over the past years. It has become part of the geopolitical propaganda battleground between the West and Putin’s Russia, but domestically, it has been the Canadian victims and their families who have born the brunt of partisan attacks.

Former NDP MP, and vocal memorial critic, Paul Dewar suggested last year, that Canadians should “ditch” the Memorial to the Victims of Communism and invest instead in an Aboriginal Centre. This “choice,” as presented by Dewar, was misleading and divisive. The memorial — and any other centre or memorial — are not mutually exclusive.

In contrast to the critics and Dewar, the memorial represents the characteristics that make Canada great: our empathy and understanding.

They suggested that the Canadian victims of Communism do not reflect the basic criteria for national monuments nor is the memorial “inclusive of those victims who suffered under other brutal dictators or extremists.”

The memorial represents the characteristics that make Canada great: our empathy and understanding.

They miss the point. This is not a memorial to all of the victims of all regimes, dictators, extremists, kings, or emperors, anywhere or at any time in history. This is a memorial to those millions of Canadians whose families have suffered under Communist regimes in the former Soviet Union, China, Poland, Vietnam, Yugoslavia and elsewhere.

Not only does the memorial recognize their suffering, it also honors their contributions to Canada.

While our country provided them a safe and peaceful home, Canada has also benefited from their arrival. Thanks to those refugees who fled Communist tyranny in Asia, Europe and beyond, our country has developed into the great nation we live in today. The memorial acknowledges the “nationally significant impact” of the victims and their families on Canada and recognizes their suffering and experience as an “important aspect of Canadians’ history.”

As the other nations around us fracture and people turn against each other, we cannot allow that same behaviour to break apart our bonds as Canadians.

In the geopolitical context, the position of the memorial’s critics aligns very closely with Vladimir Putin’s, who actively denies the Soviet genocide in Ukraine and the occupation and brutal Sovietization of the Baltic States.

In Europe and the United States, Vladimir Putin has worked diligently to sow discord and doubt in order to erode confidence in our liberal democracies. While he pushes his own nation deeper into the darkness of a terrifying Orwellian nightmare, Putin seeks to do the same abroad, including Canada. This includes the sanitization of Soviet mass murder and terror. While the Kremlin may have rejoiced when the Memorial project seemed doomed a year ago, today they lament the perseverance of Canadian empathy and the power of hope.

By committing to the final development and completion of this memorial, Canada’s government stands in contrast to many other nations, further weaving our common historical fabric and investing in the unity of our nation.

Canadians need not deny one community’s memorial in order to help or memorialize another. We have the space and resources to do both. Instead of turning Canadians against each other we must support and help one another, the Memorial to Victims of Communism is a great example of that.

Marcus Kolga is a filmmaker, writer and human rights advocate. He is also Canadian adviser to the Inter-Parliamentary Group on Russia Human Rights and Justice for Sergei Magnitsky.

The Enduring Fight against the Islamic State: Craig Whiteside and Rasha al-Aqeedi for Inside Policy

The Enduring Fight against the Islamic State: Craig Whiteside and Rasha al-Aqeedi for Inside Policy