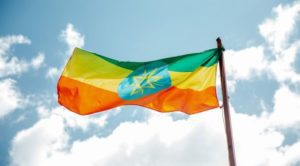 The Ethiopian prime minister needs to be the driver of the peace agenda, not a reluctant partner who is dragged to the negotiation table under international pressure, writes Yonas Biru.

The Biden administration’s pressure on the Ethiopian government to find a peaceful end to the current war is justified on moral, humanitarian, and geopolitical grounds. However, the US’s threats of sanctions have come and gone without any impact, signalling a lack of understanding of the Ethiopian psyche and a failure to appreciate the complexity of the problem.

At bottom, the US’s policy prescription is to keep Ethiopian Prime Minister Abiy in office while accommodating the Tigrayan People’s Liberation Front (TPLF) and its anti-democratic demands. Simply put, the TPLF’s war strategy is winning political concession, leveraging the West’s concern about the Horn of Africa’s instability and the humanitarian crisis that arises from it.

The US is on the record that the TPLF “carried out attacks” against Ethiopia’s military, attempted to overthrow the PM and return to its former privileged status and launched rockets at the Eritrean capital, Asmara, to “internationalize the conflict” and “cause regional instability.”

Furthermore, as the joint UN and Ethiopian Human Rights Commission report revealed, Tigray forces have set up road blocks to delay the delivery of humanitarian relief to their own people. According to the UN, the TPLF also confiscated 428 UN aid trucks to use them for transporting TPLF militia and weapons to the frontline.

The US’s pressure on the Ethiopian government has amounted to pressure to accommodate the TPLF. To date, the consequence has been brooding resistance from the Ethiopian Prime Minster. Indeed, the US seems to believe the threat of withholding badly needed international aid to Ethiopia is a viable policy when the reality screams otherwise.

The US needs to pressure the TPLF to live by democratic rules rather than pressuring PM Abiy to accommodate them. The recent speech by Jeffery Feltman, the US special envoy for Horn of Africa, at the US Institute of Peace did at least have some encouraging signs – that the Biden administration finally realizes the Ethiopian people’s right to choose their leaders through the ballot box is an unbreachable baseline for any dialogue.

In this regard, the following points are worth noting. This week, at a Nairobi press conference, US Secretary of State Antony Blinken stressed the need to recognize Prime Minister Abiy and his administration as “the duly elected leaders of the country” and paid heed to “the constitutional order.” This is a reaffirmation of Feltman’s earlier statement: “[Abiy’s] Prosperity Party has significant support across Ethiopia as reflected in the election results” and “the PM indeed has a mandate he can draw upon, and a new cabinet composed of hand-picked, trusted allies and partners.” With this as a baseline, Feltman called for “an end to fighting and to allow unimpeded humanitarian access.”

This is a good start, but the TPLF’s response is telling. TPLF spokesperson, Getachew Reda, has said: “Most ‘peace initiatives’ are mainly about saving Abiy, not about addressing the most critical political challenges in the country. Efforts that fail to address our conditions & the tendency to conflate humanitarian issues with political ones are doomed to fail!”

This takes us to Tibor Nagy, former US Assistant Secretary of State, who asked: “What do the Tigrayans want? We discussed that question when I was in the US Government with no clear answer. Is there one?”

There are three clear answers. All three involve granting Tigrayans special political privileges. The first demand is to grant Tigrayans more political voting rights in contravention of the “one-man/woman-one-vote” democratic principle. Tigrayans believe “Tigray is the cradle of Ethiopia’s civilization. If the PM insists that Tigray’s influence over the nation’s business will be determined by the size of our population, we cannot accept that. The option will be secession.”

Second, the TPLF demands special status in a confederation arrangement. As Time magazine noted, the group “has been demanding greater local autonomy” after its national political dominance “started to wane in 2018.” René Lefort of Le Monde has stated that the TPLF seeks “to govern Tigray with as little external interference as possible with a true confederalism.” This is a flagrant violation of the federalist Constitution, under which the TPLF itself had governed the country for 27 years.

In sum, what the TPLF wants is to maintain an Apartheid-like alpha tribe status to run itself without intervention from the federal government, while demanding more political power than its population warrants to influence the federal government and other tribal nations. PM Abiy does not have authority to meet any of the three TPLF demands that violate the constitution of the land.

Understanding the root cause of the TPLF’s demands requires canvassing the historical political landscapes of Ethiopia. For 44 years, Ethiopia was governed by socialist and brutally repressive governments – a military junta under Mengistu Hailemariam (1974-1991) and a tribal junta under the TPLF (1991-2018).

Upon taking national power, the TPLF’s first order of business was scrapping the nation’s Constitution. The new Constitution balkanized Ethiopia into tribal nations. Soon after, arms races between tribal nations became the battle ground for supremacy. The TPLF made Tigray the alpha tribe. Although Tigray represented only 6 percent of the nation’s demography, it gave itself proportionally more political rights than concomitant with its population size. For example, it has 38 seats in the national Parliament, 40 percent more than the Somali nation that has a greater population than Tigray.

To strengthen it economic base, the TPLF annexed swaths of fertile lands from the Amhara tribal nation. This has been acknowledged by the Hon. Ras Mengesha Seyoum, a Tigrayan and former governor of Tigray under Emperor Haile Selassie, and Dr. Aregawi Berhe, the founding chairman of the TPLF.

In the meantime, using its socialist developmental state economic policy, the TPLF pillaged the nation with a three-pronged stratagem: It diverted public resources to Tigray, pillaged the private market through TPLF-run business conglomerates, and illicitly transferred US$30 billion to foreign banks.

In 2018, Ethiopians in every corner of the country revolted to free themselves from the TPLF’s kleptocratic rule. The group relinquished power, leaving behind 30,000 political prisoners and a nation embroiled in tribal conflicts.

In April 2018, Dr. Abiy Ahmed was ushered in as the Prime Minister of Ethiopia. He wasted little time to introduce transformative economic and political reforms. “Abiy-mania” swept the nation. Internationally, the reform won accolades for “saving the country from civil war” and for its potential to “ignite economic change across Africa.” More recently, Feltman praised the PM for his “decisive shift away from discredited Marxist theories.”

Only the TPLF was unhappy with the rapid political and economic liberalization that ended the socialist era in Ethiopia. It “refused to move one iota from its immutable dogma about developmental state and of revolutionary democracy,” as Lefort succinctly puts it. TPLF leaders retreated to Mekele, the capital of Tigray. They took the bulk of the nation’s military equipment with them and began building a militia force that ultimately reached 250,000. On November 3, 2020, they launched a war against the federal government.

The PM had no choice but to launch a law enforcement campaign in response. The above-noted joint UN and Ethiopian Human Rights Commission report found all combatants – including Ethiopian, Eritrean, Amhara Special Forces and TPLF and allied militias – committed “serious abuses and violations of human rights” and there are “reasonable grounds to believe that a number of these violations may amount to crimes against humanity and war crimes.”

In June 2021, the PM declared a unilateral ceasefire. The TPLF dismissed this gesture as “a joke” and launched coordinated offensives and invaded parts of the Afar and Amhara tribal nations. The TPLF’s crimes during these offensives are documented by the Organization for World Peace, and Amnesty International respectively: (1) “TPLF uses child soldiers for the purpose of human shields against attacks;” and (2) “despicable acts that amount to war crimes and defy any iota of humanity.”

By and large, the US’s reaction to TPLF atrocities continues to be meek if not downright silence. Even worse, according to a senior USAID official, Samantha Power, the administrator of USAID, had a “brainstorming session with staffers, about ways to embarrass the Ethiopian government” because of exaggerated and fabricated accusation of genocide and using hunger as a weapon against the Ethiopian government. The accusations have since been debunked by the UN as groundless. There is no explanation, retraction, or apology from the US government.

PM Abiy’s push back against the US must be seen within this context. There are also other reasons the PM is in a tight spot. The fact that he is an Oromo, and the brunt of the current war is borne by the Amhara and Afar tribal nations, compounds the problem. If he pushes for a negotiated settlement, he faces strong opposition from tribal hardliners who want nothing short of the destruction of TPLF. Further, hardline nationalists see the US threat of sanctions and any move by the PM to give in to that pressure as a surrender of Ethiopia’s sovereignty.

The path to a peaceful resolution demands unequivocally rejecting TPLF’s demand for an Apartheid-like status. Arm twisting the Ethiopian government with sanction and “other threats” will have the opposite effect of what the US wants to achieve by weakening the PM and emboldening TPLF.

Any attempt to marginalize or supplant the PM can fracture fragile cross-tribal coalitions that are holding the nation together. This will have unintended and unmanageable crisis that can potentially disintegrate the nation. Above all it will undermine the Ethiopian Constitution and violate the African Union’s Charter on “zero tolerance” for military coups, armed insurrections or other means of undemocratic power play. Biden’s approach to the conflict has not only failed, but also risks pushing Ethiopia onto a path of destructive trajectory that cannot be reversed. It is time to push the reset button.

On his part, PM Abiy needs to come to terms with a hard reality. He must accept what started as a two-week law enforcement campaign and two additional weeks of mopping the remnants of TPLF in Tigray has metastasized outside of Tigray. It has been a year and there is no abatement in sight. What is in sight is a civil war. The only viable option to end the war and focus on the transformative economic agenda is a negotiated settlement. This requires removing the terrorist designation of TPLF and reining in hardline elements in his own administration.

The PM needs to be the driver of the peace agenda, not a reluctant partner who is dragged to the negotiation table under international pressure. He should invite world leaders such as PM Justin Trudeau to help break the stalemate. Canada has relevant experience in diverse nations which have undergone healing processes. Its experience could help to push the conflict towards win-win outcomes. Ethiopia can achieve peace with flexible domestic policy and smart international diplomacy.

Yonas Biru worked for the World Bank for nearly two decades. In the last seven years of his tenure, he served as the Deputy Global Manager of the International Comparison Program (ICP). He has served as the interim chair of Prime Minister Abiy Ahmed’s Independent Economic Advisory Council and chair of the Nile Club that advised the Ethiopian Ministry of Foreign Affairs.