Universities Must Stand Up to the Chinese Government: Anastasia Lin in The Daily Telegraph 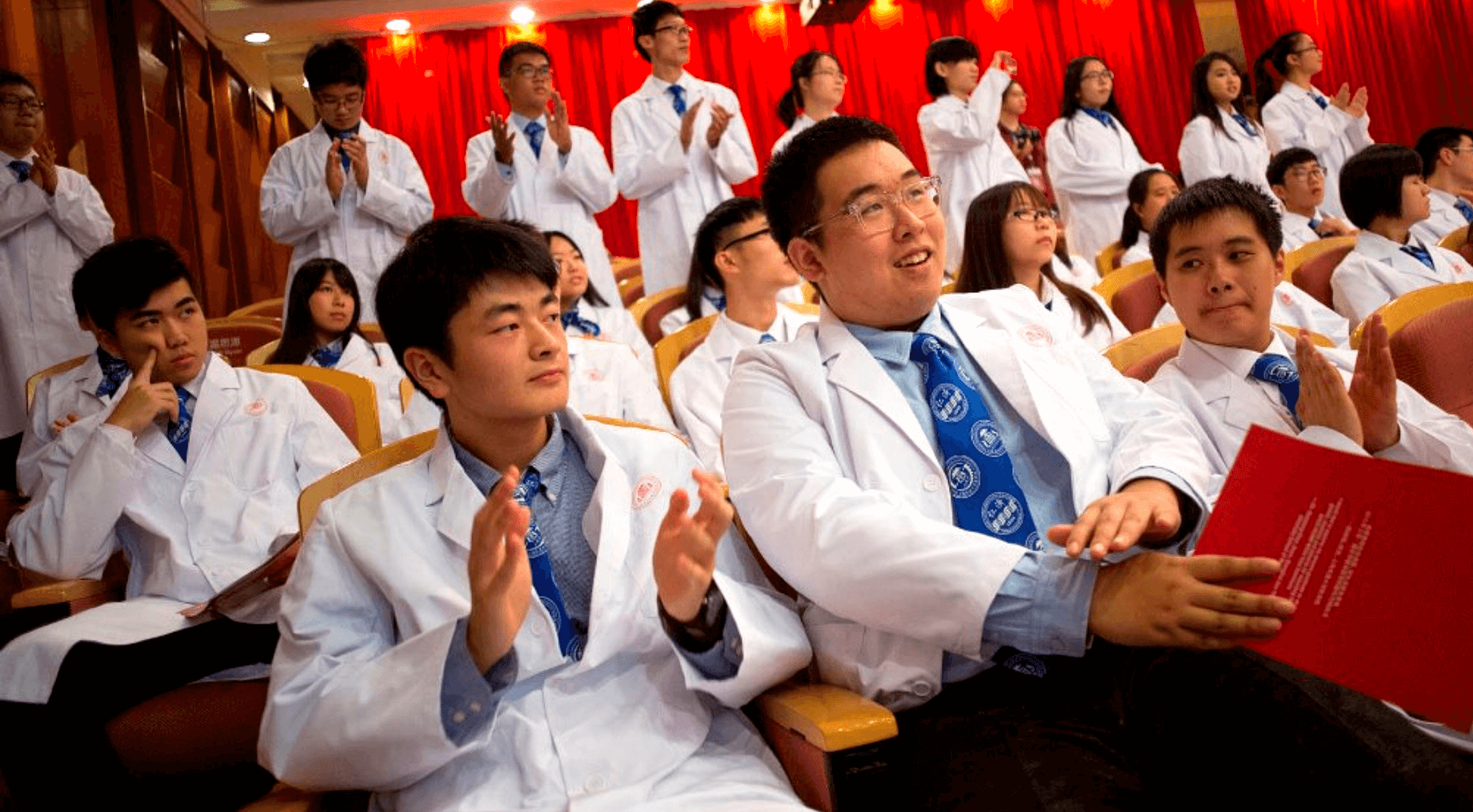 We have a responsibility to the tens of thousands of students coming from China to explain clearly and firmly what we believe in. And we need to rise to that challenge, instead of looking the other way, writes Anastasia Lin.

When I became Canada’s Miss World contestant three years ago I exercised my right to speak freely as a Canadian citizen to criticise the Chinese government and the freedom it denies its people.

My father, who is still in China, was threatened by officials. They warned him what might happen if I didn’t keep quiet.

The Chinese government wanted to restrict my freedom of speech, just as it did to many other Chinese people living or studying abroad.

The government of my adopted country seemed unable to prevent this. This should be intolerable to all people who cherish freedom.

Yet it is even happening right here in Australia.

Only last week I was approached by a brave Chinese-Australian Year 12 student in Adelaide, who told me a chilling story.

Her father had spoken out about the Chinese Communist government, just as I had.

When he returned to China recently, the police went to “have a cup tea” with him. That’s a Chinese way of saying that you’re being threatened by the authorities.

He was told that if he continued to be vocal about things that the Chinese government doesn’t like, the daughter’s application to university might be denied.

You have to wonder why the Chinese police are so confident that they have the ability to influence admissions to an Australian university. Now I have taken a closer look at Australian universities and how they have allowed themselves to be dependent on Chinese students, I’m not surprised.

At the University of Sydney, four out of 10 students who enrolled in 2016 were from overseas — roughly three out of 10 of them from China, according to a recent report by Bob Birrell from the Australian Population Research Institute.

Overseas students at Sydney contributed more than a quarter of total university revenue in 2016 and about 70 per cent of that money came from China. If the Chinese government was to use its extraordinary power to stop its students coming to Australia, it would be a catastrophe for the university that would significantly dent the local economy.

According to a recent report by Bob Birell, roughly four out of ten university students were from overseas, with three out of 10 of those from China.

No wonder the Chinese government thinks it can push its weight around, particularly when the universities seem so compliant.

I’m not saying Australia should not accept Chinese students.

Just the opposite: It’s great that Chinese people are studying in Australia, but what are they being taught?

If they are learning Western values — which we all value and which animate our society — then yes, they should be welcomed so they can absorb these values and return with them to China.

But unfortunately many Australian universities are not doing that.

They’re placating Beijing, silencing freedom of speech and cancelling speakers and events that might be considered too sensitive for the Chinese government.

To use the language of the day, they are not allowing these students a safe environment.

They are reluctant to run courses on Western Civilisation offered by the Ramsay Centre but accept Chinese money to establish Confucius Institutes to promote the Communist Government line.

I spoke to one student who came here from China and saw a poster advertising a film about the 1989 Tiananmen Square massacre. Since she had never been taught about the massacre in China, she assumed it was anti-Chinese propaganda.

When she discovered the truth, she was shocked and angry, just as I was when I too made the same discovery at age 13, soon after leaving China for Canada with my mother.

But she was even more angry that she didn’t learn about it in the classroom in Australia. She learned about it from a poster in the street.

What are our academics teaching?

Overseas students at Sydney contributed more than a quarter of total university revenue in 2016 and about 70 per cent of that money came from China.

Talk of Western democratic values is banned in Chinese universities and schools. At times it seems Australian universities are doing the same.

Yet we have a responsibility to the tens of thousands of students coming from China to explain clearly and firmly what we believe in. And we need to rise to that challenge, instead of looking the other way.

First, however, we must be clear and confident about our own values. The most precious part of our civilisation today, our freedom, is in danger of being taken for granted.

The people of China want freedom too. We are not talking about the difference between cultures or countries.

Freedom is a matter of human nature. It is the fundamental human yearning for what is supposed to be God-given. It’s a gift that should be the natural right of everybody on Earth that was taken away by the Chinese Communist Party.

You cannot know the pain until you lose that freedom. Just look at Hong Kong, where people are fighting for their own freedom against the interference by the mainland government.

The elected officials and democratic student leaders who have been thrown into jail learnt about freedom under British colonial rule. They value what they have and they are fighting to keep it, despite the risks.

Here we are not aware of that because we have enjoyed freedom for so long. This is the privilege inherited from our parents and grandparents that we are able to be free. And yet we see in our universities today how easily those freedoms can be lost.

Anastasia Lin is an MLI Ambassador on Canada-China Policy. A world-renowned Chinese-Canadian human rights activist, Lin is best known for being selected to represent Canada at the 2015 Miss World pageant in China, only to be declared ‘persona non grata’ by Chinese authorities for her outspoken views on the country’s human rights record.

Canada’s security must be above crass identity politics: Ujjal Dosanjh for Inside Policy