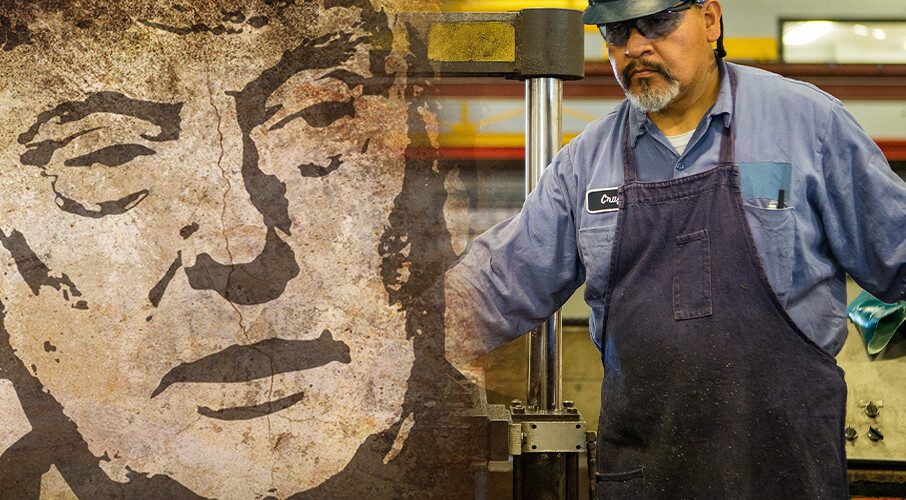 Neither the left nor the right paid enough attention to working-class anxieties until Trumpism came along. With Canada heading into an election, Sean Speer asks: what is our political class missing?

I grew up in Thunder Bay in the 1980s and 1990s, so I was surrounded by evidence of the transition from an industrial economy to a knowledge-based one. Several grain elevators closed. Pulp and paper mills were also downsized or shuttered. The effects were felt throughout the community. Signs of economic dislocation were all around me – it was impossible to avoid. Often they were quite personal. A neighbour’s father lost his job. Or friends relocated to Toronto in search of work and opportunity. Sometimes these experiences contributed to substance abuse or family breakdown or worse.

The stories were certainly familiar to me. I saw them up close. And yet, as I got older and got involved in politics and policy, I too frequently forgot about them. My economic thinking – including about the role of markets, government and public policy – could fall victim to abstraction. I was swept up by rhetorical flourishes about economic liberty and too preoccupied with headline economic data. I could neglect the people I grew up with, whose struggles were concealed in the overall economic picture, which much of the time was quite bright.

Donald Trump’s shocking election jolted me. It was a direct challenge by 63 million American voters to many of my intellectual and political priors. I’ve regularly said that this experience radicalized me. I really mean it. It has caused much greater introspection and intellectual humility about politics, economics and public policy. I’ve been thinking and writing about Mr. Trump’s election, the economic causes of populism and the lessons for Canada ever since.

Readers will know that the President regularly talks about the “forgotten men and women.” They loomed large in his unorthodox inaugural speech in January, 2017, and he has kept it up in subsequent speeches and late-night tweets.

One can agree or disagree with the claim that Mr. Trump’s agenda has advanced their interests. The record is certainly mixed. But it’s hard to argue with his assertion that these people – namely, working-class people without postsecondary qualifications who tend to work in goods-producing industries – had previously been neglected by the U.S. political class.

Neither the left nor the right spent much time thinking about them.

The right was satisfied with a growing economy, rising stock market and other aggregate measures of economic performance. That there may be people who weren’t participating in these outcomes was basically ignored under the pretext of “a rising tide lifts all boats.” The left had, by and large, moved beyond thinking about industrial employment and was more interested in the knowledge-based economy, which was ostensibly greener, more urban and involved with more highly educated, progressive workers. To the extent that the knowledge-based economy excluded working-class people, the invariable answer was more redistribution, including growing support to just “give people money.”

Mr. Trump’s election therefore hasn’t just disrupted the political sphere. It has caused economists and other scholars to revisit their own assumptions and the various policy implications. We’re living in a new age of heterodoxy. And, as a reformed ideologue, I think it’s a positive development.

There are a number of takeaways from this Trump-induced introspection. But one of the most important is that we cannot make judgments about the health of our labour markets simply by looking at the headline data. Otherwise we risk missing the people who felt so neglected that they voted to put such a flawed political actor in the White House.

These insights and experiences ought to inform and shape this fall’s Canadian election – including the priorities of the various political parties. They should be a wake-up call for candidates and voters. We must put Canada’s “forgotten people and places” closer to the centre of the political and policy agenda in the context of the current election campaign and beyond.

The first step, of course, is to understand who and what may be vulnerable to the forces of trade, technology and structural changes to our economy. Although Canada’s overall labour market performance has been generally positive in the past two decades, the disaggregated picture is more complicated. There are various fault lines – including gender, education level and the urban-rural divide – that we must be more cognizant of in the development and implementation of public policy.

This isn’t to lament the strong labour-market performance for educated women. It’s self-evidently positive that women are participating more fully in Canada’s economy. But it’s to highlight the limits of judging the labour market based on an aggregate picture. It’s the equivalent of observing that Wayne Gretzky (who had 2,857 career NHL points) and his brother Brent (who had four) are the highest-scoring brothers in NHL history. It misses a lot.

Delving into this data reveals some concerning economic trends for certain people and places in the country. Men without postsecondary qualifications, in particular, have experienced stagnant or even declining employment rates, labour-force participation and market-based income. A similar yet less stark decline can also be seen for women without some form of postsecondary education. That people without postsecondary qualifications have been the primary supporters of political populism elsewhere ought to give pause to Canadian policy-makers.

The situation becomes even more acute if you take out a small number of major urban centres whose labour-market performance has consistently exceeded the national average. It’s striking, for instance, that rural employment is still below the prerecession levels of 2008 and 2009 and yet it’s up almost 15 per cent in our bigger centres. That’s not a short-term blip. It’s a sustained period of secular stagnation for our rural and remote communities – and a sign of an increasing place-based bifurcation that political parties cannot afford to neglect.

Another interesting finding relates to educational attainment in Canada. Policy-makers frequently boast about our world-leading rate of postsecondary qualifications. This is true. We do lead the OECD in this regard. But this misses two key points.

The first is that, notwithstanding our positive record, there are still 6.7 million working-age Canadians (25 to 64) without postsecondary qualifications, which is roughly the equivalent of the combined populations of Alberta, Saskatchewan and Manitoba. It would be unacceptable for policy-makers to neglect three whole provinces, and it ought to be unacceptable to ignore these Canadians – especially in light of evidence that the contemporary economy is paying a higher and higher education premium and creating fewer and fewer opportunities for those without advanced education.

The second is that we also lead the OECD for having the largest urban-rural gap in postsecondary rates. So while people in cities are accumulating more human capital, we’re witnessing a growing educational divide between our cities and towns that’s contributing to broader economic and sociocultural differences that could ultimately exacerbate urban-rural tensions.

The key takeaway is that we cannot succumb to economic myopia. We need to go beyond the headline data to see who is being excluded from growth and opportunity. It’s the only way to ultimately develop and advance an agenda for inclusive, broad-based growth in Canada.

With this in mind, what policies should the next duly elected federal government prioritize and pursue to make this broad-based growth happen?

The first is a rebalancing of public programming and support for those who pursue postsecondary studies and those who don’t. We currently spend billions of dollars each year in the form of grants, loans, tax credits and subsidized tuition for the roughly 70 per cent who go to university and college – and virtually nothing for the 30 per cent who choose a different path. This is both patently unfair and shortsighted. The societal benefits of helping those without postsecondary qualifications establish strong attachments to the labour force are surely as large as supporting someone to obtain a marginal degree. Our public-policy framework should therefore signal that we have as much collective interest in their success as those who choose to pursue postsecondary education.

The second is to affirm the importance of the natural-resource sector. The industry has played a key role in sustaining employment and opportunity for people who are vulnerable in the modern economy. University of British Columbia economist Kevin Milligan has even attributed the strength of Canada’s middle class to resource-based jobs. Yet these jobs are increasingly challenged by a combination of taxes, mandates and regulations in the name of environmental objectives, Indigenous reconciliation and other priorities. Harming the one part of the economy that has provided an outlet for “forgotten people and places” is bad economics and bad politics. Policy-making must therefore start with a clear recognition of the natural-resource sector’s role in economic inclusion and manage these trade-offs accordingly.

The third is the need to catalyze economic activity in distressed communities. Recent layoffs at the Bombardier facility in Thunder Bay have left the city with an economy disproportionately dependent on public-sector employment. There are dozens of places in the country facing similar circumstances. There is a role for public policy to help catalyze private investment and employment in these communities. The United States is currently experimenting with an Opportunity Zones model involving a combination of tax-based incentives to encourage private capital to flow to roughly 8,700 designated zones across the country. It’s too early to judge whether the initiative will be successful, but the policy has been designed with a careful eye to minimizing distortions and creating the conditions for sustainable, long-term investment. Canadian policy-makers should therefore consider adopting a similar model to spur capital investment in undercapitalized communities such as my hometown.

Most fundamentally, though, politicians and citizens must not lose sight of the people and places that aren’t fully participating in our economy. It’s a lesson I needed to be reminded of. I won’t forget them again.

Sean Speer is an assistant professor at the University of Toronto’s Munk School of Global Affairs and Public Policy and author of a recent paper by the Macdonald-Laurier Institute, Forgotten People and Forgotten Places: Canada’s Economic Performance in the Age of Populism.

Loss of Solomon Islands is no significant blow to Taiwan: J. Michael Cole in the Nikkei Asian Review

Loss of Solomon Islands is no significant blow to Taiwan: J. Michael Cole in the Nikkei Asian Review