The U.S. will not descend into civil war or dictatorship, but it will become increasingly volatile and Canada must prepare: Balkan Devlen in the National Post 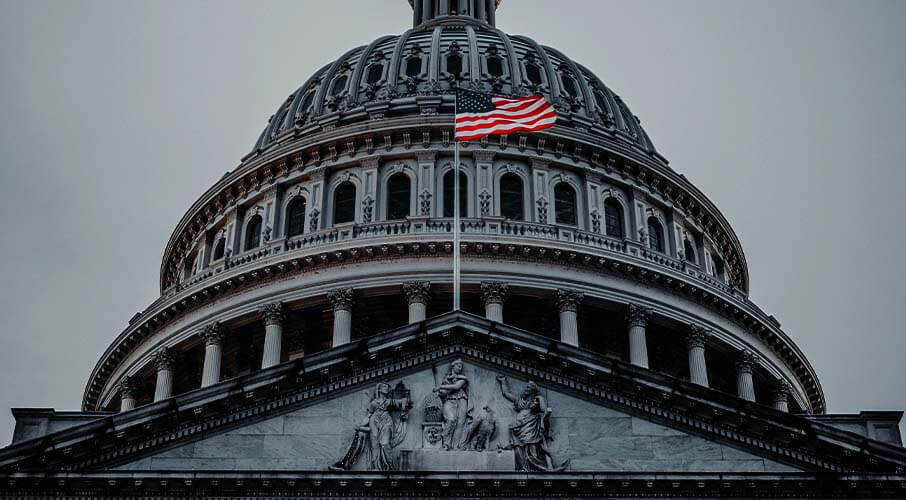 The U.S. is going through a once-in-a-generation political crisis that will fester for the next several years, writes Balkan Devlen in the National Post.

In the wake of the first anniversary of the Jan. 6, 2021, riot at the U.S. Capitol, there has been much discussion in the media about what the next couple of years may portend for American democracy, with some predicting civil war or the rise of autocracy. More likely, we will see worsening political deadlock, increasing political violence and a country that is more inward-looking and less focused on projecting its influence abroad. That’s the future that should worry Canada.

Let’s look at why neither a civil war nor an American dictatorship is on the horizon. The debate around civil war suffers two shortcomings. First, it’s not clear what people mean when they say the United States is on the brink of a civil war, as this could mean anything from increases in low-level political violence (e.g., violent clashes between rival groups) to full-fledged clashes between paramilitaries and security forces loyal to rival authorities.

Second, these warnings lack a sense of the probability of such events occurring. Without knowing what probabilities are attached to those warnings, one cannot decide what resources need to be allocated to such a contingency and to what degree they should be prioritized. After all, strategy is about prioritization among competing interests and matching limited resources to them.

My own rough calculations suggest no more than a couple percent probability that the U.S. will experience a civil war, as commonly defined, in the next three years. The U.S. has experienced one civil war in 246 years (albeit with numerous instances of political turmoil) and almost no country with as advanced an economy as the United States has been plunged into a civil war. The high degree of political polarization in the U.S. is unlikely to overwhelm these historical precedents.

In the next three to five years, the probability of the U.S. slipping into autocracy or “illiberal democracy,” à la Viktor Orbán’s Hungary or Recep Tayyip Erdoğan’s Turkey, is also quite low. Both Orbán and Erdoğan took around a decade to consolidate their power in countries with fragile democratic traditions, weak institutions and highly centralized political systems. Both initially came to power with strong public support and no clear social polarization. In contrast, the U.S. is a federal system with strong separation of powers, an old democratic tradition and currently high levels of political and social polarization.Let’s be frank here: what most people worry about is former president Donald Trump or a Trump-like figure winning the 2024 presidential election and a Trumpian GOP gaining and keeping control of both houses of Congress. But the probability of such a sequence of events is still low. Assuming a 50/50 chance of each of the three events happening gives us a probability of 12.5 per cent of all three happening, and even that won’t be sufficient to turn the U.S. into an autocracy. Thus, the actual starting probability is even lower.

If neither civil war nor autocracy are in the books, what can we expect? As I have argued elsewhere , the U.S. is going through a once-in-a-generation political crisis that will fester for the next several years. High levels of demographically and geographically concentrated polarization combined with the checks and balances of the American political system mean the current political deadlock and turmoil will continue unabated. This will only lead to further frustration among the highly polarized public.

Individuals and groups will start seeing violence as the only way to break this vicious cycle. We’ll likely see an increase in low-level violence across the political spectrum, particularly targeting politicians, local officials and judges, as well as violent clashes between opposing groups.

The upshot is that the country’s leadership — regardless of the party in power — will likely be inward-looking, as it will be consumed with efforts to put out domestic fires. The U.S. will also be increasingly transactional in its foreign policy, adopting a narrowly defined national interest.

How can Canada prepare for such a future? While Canada is limited in its ability to change the direction of the U.S., it can avail itself to some measures to better prepare for this scenario.

First, the federal government should undertake a comprehensive and inclusive foreign policy review that lays out Canadian interests, how we should prioritize them and what resources need to be allocated to defend and promote them.

Second, we need greater investment in Canadian defence to meet the security challenges in a world where the U.S. is increasingly self-interested and aloof towards its allies. Robust defence capabilities are needed to protect Canada’s core security interests (without excessively relying on the U.S.) and to make meaningful contributions to the security needs of our allies.

Third, Canada must forge enhanced and deepened multilateral and bilateral relations with its democratic allies and partners around the world. This would not only provide increased leverage in dealing with the U.S., but also reduce our over-reliance on the Americans in protecting and promoting Canadian interests abroad.

Lastly, Canada should take a proactive and anticipatory approach towards relations with the United States. Canada should identify key issues and vital interests vis-à-vis the U.S., monitor executive, legislative and judicial developments, and maintain working relations with politicians across the political spectrum.

While unlikely to descend into civil war or turn into a dictatorship, an America adrift is dangerous enough and we have to be ready for it.

Balkan Devlen is a senior fellow at the Macdonald-Laurier Institute, where he leads the Transatlantic Program. He is also an adjunct research professor at NPSIA, Carleton University, and a professional forecaster and consultant for Good Judgment, a New York-based geopolitical forecasting company.

What are the legal pathways to seek justice for PS752 victims’ families? Kaveh Shahrooz on CBC News