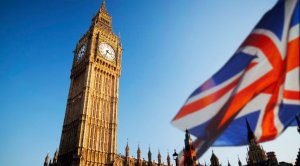 De-indexing has bad economic effects. As inflation pushes up incomes, more people face higher marginal tax rates, which discourage work, investment and risk taking, writes Jack Mintz in the Financial Post. Below is an excerpt from the article which can be read in full here.

One item in last week’s U.K. budget especially caught my eye: de-indexing the tax system. From 2022 through 2026 there will be no inflation adjustments of income, inheritance and capital gains tax brackets, of pension lifetime allowance or of value-added tax (VAT) small-business thresholds.

Stealth taxation has been used in the past — in Canada until finance minister John Turner indexed the federal income tax system in 1973 — as governments let inflation push up nominal incomes while freezing tax brackets. In the U.K., de-indexing will reap an additional £25 billion in tax revenues over four years, with 1.3 million new taxpayers added to the tax rolls by 2026 — all of them at the bottom end.

Call this the fiscal price of the extraordinary relief packages used to counter the pandemic recession. Eventually, fiscal discipline sets in as public net debt ramps up — it’s now 94 per cent of U.K. GDP — and £45 billion in debt interest crowds out spending on hospitals and education.

De-indexing has bad economic effects. As inflation pushes up incomes, more people face higher marginal tax rates, which discourage work, investment and risk taking. When benefits are no longer indexed for inflation, those on fixed incomes are unable to afford basic necessities. I will never forget seeing poor people rummaging through garbage for recycled material after Bulgaria’s 1997 hyper-inflation.

Politically, de-indexing the tax system is probably the easiest way for governments to raise taxes. At roughly two per cent, the U.K.’s inflation rate is low enough that most taxpayers won’t notice tax brackets have been frozen. Yet, it is a powerful tool to generate revenues, as the numbers show.