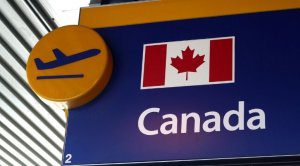 Extending the travel ban between Canada and India when the Delta variant is already the dominant strain and the reliable tests are available imposes unreasonable costs without commensurate benefits, writes Vijay Sappani in the Toronto Star.

Though I am a fully vaccinated Canadian, I recently returned to Canada from India from a long, circuitous, and ultimately more hazardous route. The reason behind it is a head scratcher — Canada refuses to accept a negative COVID-19 molecular test result from India, instead requiring the RT-PCR test be taken in a third country.

I am sure I speak for many others who have flown from India to Canada over the summer that it is an arduous journey for even the most seasoned traveler. After traveling to a third country and spending the few days required to take a RT-PCR test that will be accepted by Canada, I got on a flight to yet another country and then finally made my way home. It defies logic to force Canadian citizens to subject themselves to potential exposure through additional travel (not to mention great personal cost), when direct flights and tests are readily available.

The decision by the federal government to extend the suspension of flights from India until late September is the latest in a series of actions taken by Canada to hinder the free flow of travelers between the two countries. Moreover, the ban, which will soon enter its sixth month, risks straining ties that have been tested too often in the last few years.

Travel between Canada and India has grown significantly in recent years with increasing numbers of international students from India coming to Canada. In the 2017-18 academic year, nearly a quarter of the 296,000 international students in Canada were from India. Smaller colleges in particular have benefitted immensely from this influx, with several opening campuses in the Greater Toronto Area to better serve the demand.

Yet, due to Ottawa’s restrictions, students and Canadians are spending five times more for flights that can take two weeks to reach Canada. Additionally, up to 20,000 Canadians may be potentially stuck in India with no options to return home. Canadian media reports have noted the toll the situation is taking on students as they have to also negotiate constantly changing quarantine requirements in other countries. This often forces costly flight rescheduling and expensive hotel cancellations, causing serious and unsustainable financial pressures, particularly on students.

These pressures are contributing to other countries reaping the rewards from an increase in post-secondary students from India. The United States issued over 55,000 visas to students from India — the most ever — despite the pandemic. Similarly, more than 3,000 students from India were granted admissions to U.K. universities after its travel ban on India was removed.

With travel bans lifted, airlines flying from India to the U.S. and U.K. will be able to recuperate some of the losses they have faced over the past 18 months. All of these are students who – had they come to Canada – could have become future Canadians and contributed to the growth and prosperity of this country.

The sudden imposition of a travel ban back in April made sense given the spike in the Delta variant cases in India. But continually extending the ban when the Delta variant is already the dominant strain globally and reliable tests are available imposes unreasonable costs without commensurate benefits.

The COVID-19 pandemic has been hard on all of us – as individuals and as countries. Challenges like the pandemic reinforce the need to cooperate, and strong diaspora ties between Canada and India form a vital avenue for international relations, immigration, and COVID cooperation between the two countries. Only a few months ago, India did its part by providing 2 million vaccines when we needed them most.

Yet, as the pandemic has worn on, Canada has increasingly been dismissive of this need to cooperate. Anybody who has recently traveled between the world’s two largest democracies (one in population, the other in geography) will experience this lack of cooperation first-hand, simply because we refuse to accept India’s COVID test results.

This sends precisely the wrong message.

One hopes that reason and sanity will prevail soon and put an end to these unnecessary travel troubles. Canada should replace the blanket ban with a policy where a negative RT-PCR test in India would be sufficient to allow travel.

Canada should engage in anti-Taliban resistance in Afghanistan: Shuvaloy Majumdar on Power and Politics

Canada should engage in anti-Taliban resistance in Afghanistan: Shuvaloy Majumdar on Power and Politics