Today’s China has lost its soul and integrity: Anastasia Lin in The Daily Telegraph 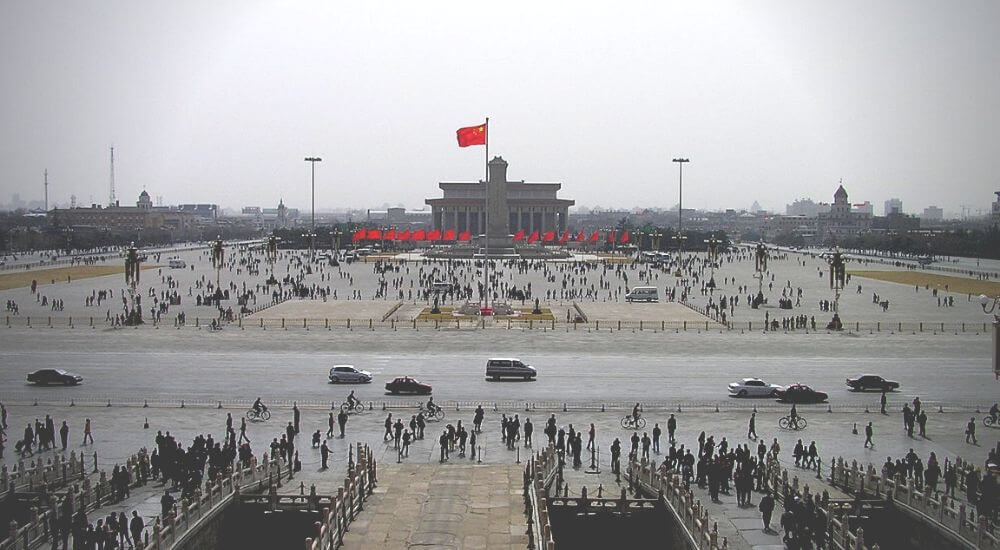 I was born in China on New Year’s Day 1990, six months after the Tiananmen Square massacre. Until I immigrated to Canada at age 13, I knew nothing of this event. Information about it is strictly censored.

When I finally saw videos of the massacre. I was deeply moved. I saw the spirit of my nation that I had never known existed. I had no idea Chinese people could have the backbone to press for freedom and democracy. They were enthusiastic about the country’s future, and hopeful that the government would listen to them. They had no reason to expect they would be harmed. For their entire lives, they had been educated to trust the state, trust the Communist Party, trust the system. And they did so – until the guns fired on them and the tanks drove into the square.

No wonder my parents’ generation, who witnessed this atrocity, never spoke about it to us. The subsequent arrests and persecution of their classmates and colleagues who participated in the movement filled their hearts with fear and disillusionment. Their hope for democracy and freedom gave way to cynicism. The communist government replaced hopelessness with greed by promoting commercialism and money worship. Today’s China has lost its soul and integrity. People will do anything for a profit. That’s what happens when a generation loses hope.

The Communist regime faced few consequences for the massacre. The US and Europe denounced the massacre and imposed economic sanctions, but most of them were eventually relaxed. The West soon reverted to its belief that China could be appeased – that trade and economic prosperity would lead inevitably to political liberalization. But it didn’t work. The lesson for the Chinese Communist Party was that it can arrest, torture and kill innocent citizens with impunity.

Today countless innocent Chinese citizens are persecuted. Many prisoners of conscience perish in prisons and labour camp. Millions of Falun Gong practitioners have been incarcerated, thousands tortured to death, untold numbers murdered to have their organs harvested for transplant surgeries. Millions of Uyghur Muslims are held in concentration camps in Xinjiang province. The arrests and killing of human-rights lawyers and their families proves this is a system with no respect for the law.

Because China has such a large market, some argue that pragmatism demands we set aside our moral and legal obligations in the interest of trade. But if the Chinese government disregards the rights of its own people, why should Western companies and countries expect to be treated with honesty or decency?

China has no rule of law and no serious labour, safety or environmental standards. It uses slave labour on a massive scale. The Chinese people themselves do not trust the quality or safety of domestic products. Western companies increasingly say that China is a hostile environment for foreign businesses. Intellectual-property theft has cost foreign firms billions of dollars. And some Chinese companies, with ties to the government or military, present serious national-security threats to foreign states.

Like any bully, the Chinese Communist Party respects strength. That means Western nations have far more leverage than they may think. But we haven’t done enough. We have met neither our moral nor our legal obligations. Although the blame for these crimes belongs with the perpetrators, we need to ask ourselves if we have been complicit.

Like all dictatorships, Beijing casts attempts by outsiders to raise concerns about its gross human-rights abuses as interference with its sovereignty. But the Chinese are not a race apart, and the members of the Communist Party of China are subject to the dictates of humanity. Don’t believe that standing up for human rights amounts to “imposing Western values” on a foreign culture. As a native of China, I can tell you that Chinese people crave freedom and fairness as much as any of you. Chinese people don’t want to be tortured any more than you do.

I sincerely hope that China will one day be a prosperous, peaceful, and free nation. Although the Communist Party has declared me persona non grata, I deeply love my native country, and I take comfort in the certainty that no one-party authoritarian state can survive forever.

Change will come to China one day, and it must come from the Chinese people themselves – as it almost did at Tiananmen 30 years ago. But I hope outsiders will play their part too. When the Chinese people are finally free to confront the crimes of the Communist Party, they should not have to indict the West for complicity.

Anastasia Lin is an actor, human rights activist and former Miss World Canada. She is an ambassador on Canada-China Policy for MLI.

Ep. 31 – Turkey’s Geopolitical Role in the Levant with Shuvaloy Majumdar and Balkan Devlen