Who is ‘us’? Thinking like North Americans in our pandemic response: Christopher Sands and Duncan Wood in The Hill 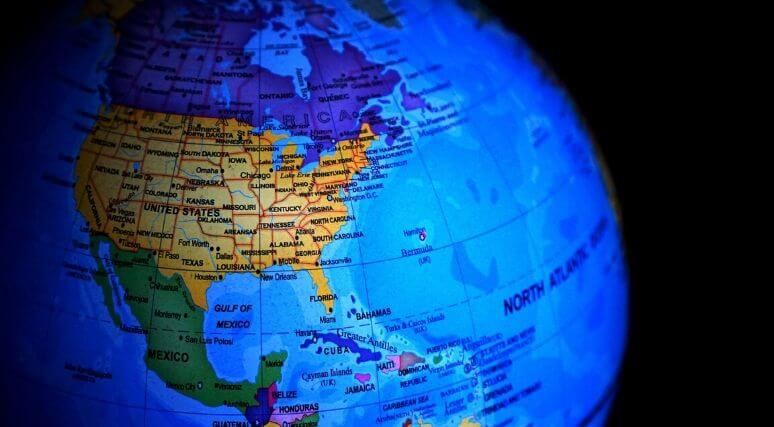 As supply chain partners, Canadians and Mexicans have been prepared to step forward in pandemic response to beat coronavirus and restart the economy, write Christopher Sands and Duncan Wood.

Over the past two weeks, the United States and Mexico have clashed over the closing of Mexican factories considered essential for providing components for U.S. industry. Despite significant pressure from the Trump administration, the Mexican government of Andres Manuel Lopez Obrador has thus far refused to open up factories and industries. Part of the explanation for this is that the components needed by U.S. industries are far from essential for Mexican national security or pandemic-management. A complicating factor is that, as the United States begins to reopen its economy and society, the coronavirus pandemic has yet to hit its peak south of the border.

Similarly last month, Canadian Prime Minister Justin Trudeau emerged from self-isolation (his wife, Sophie, tested positive for coronavirus in March) to rebuke the Trump administration for considering a deployment of national guard troops on the U.S. side of the border. A phone call to the White House might have cleared the matter up quickly, but there was more for Trudeau to gain politically in standing up to the United States.

All leaders safeguard their national interests, but nationalism can lead to policies that jeopardize national interests by undermining cross border cooperation. Twenty-five years after NAFTA took effect and at the dawn of the USMCA period, that cooperation is necessary to sustain the continental supply chains that produce everything from essential medicines to automobiles.

In April, President Trump named Peter Navarro as policy coordinator for federal implementation of the Defense Production Act of 1950 (DPA). Navarro complained of the United States’ dependence on global medical supply chains and declared that such dependence was not only costing American jobs but also American lives. In a now familiar call to economic nationalism, Navarro stated his intent in the aftermath of the current crisis to “make the medicines, make the face masks and have what we need here.”

Prior to those comments, Minnesota-based 3M had complained of pressure from the Trump administration to stop exporting personal protective equipment to Canada and Latin America. The company claimed that the federal government threatened to use the DPA authority to force the issue. Canadians and Mexicans were shocked that the United States might break medical equipment supply chains selfishly, leaving their partners without essential gear. FEMA declared on April 7 that DPA authority would not be used to block shipments of medical supplies to Canada or Mexico.

The United States is stronger when it works closely with its NAFTA/USMCA partners. U.S. prosperity and national security are both enhanced when collaboration with Mexico and Canada are an integral part of the decision-making process.

The Trump administration itself defied critics by renegotiating NAFTA and winning approval of all three countries for a United States Mexico Canada Agreement (USMCA). The agreement preserves the continental supply chains that have helped North American economies to compete globally. In place of offshoring, many top companies are now looking at nearshoring investment and employment in North America.

As supply chain partners, Canadians and Mexicans have been prepared to step forward in pandemic response to beat coronavirus and restart the economy. In the specific case of pandemic response, the three countries have committed to both coordination and mutual assistance through the North American Plan for Pandemic and Animal Influenza (NAPAPI). Part of that agreement contemplates regional stockpiling of medicine and medical supplies.

All three countries have concerns about China. Chinese governance is not transparent, and despite a campaign by President Xi Jinping, there remains significant corruption perverting the rule of law in China. Chinese product quality varies widely, and U.S. complaints about forced transfers of intellectual property are numerous.

Yet most Americans recognize that Mexico and Canada are fundamentally different to China. With China, the United States closed its border unilaterally; with Canada and Mexico the United States worked jointly to restrict border crossing to essential transit, allowing supply chains to continue operating.

Duncan Wood is a scholar at the Woodrow Wilson Center.

How about some public sector sacrifice, too?: Jack Mintz in the Financial Post

The US military have warned Canada about the dangers of Huawei being in our 5G network, will we listen?: Christian Leuprecht on the Roy Green Show

The US military have warned Canada about the dangers of Huawei being in our 5G network, will we listen?: Christian Leuprecht on the Roy Green Show