Mr. Putin’s ability to escalate freely, and our repeated commitment not to do so in kind, provides him with an opportunity. 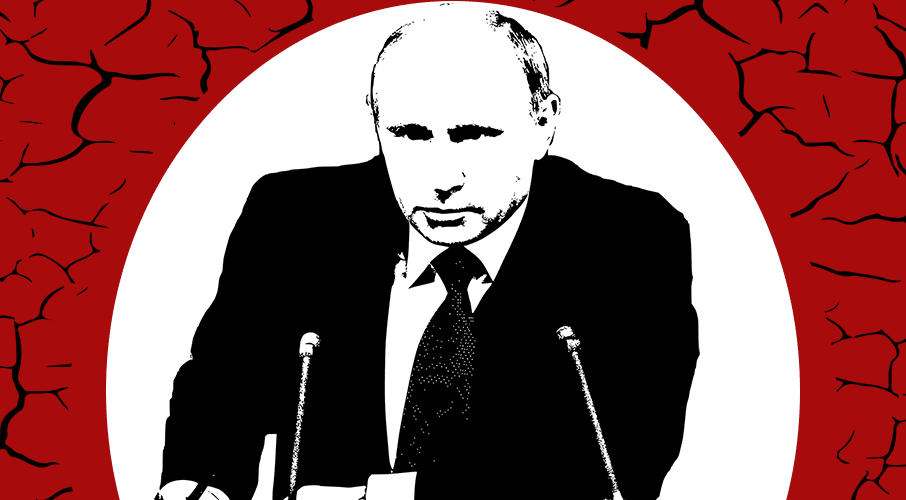 Vladimir Putin’s invasion of Ukraine and the West’s response to his flagrant violation of Ukrainian sovereignty have brought renewed focus on the risks of escalation. Yet which side truly benefits from this situation is less well understood.

Escalation refers to a state’s ability to raise its level of engagement within a conflict. Herman Kahn, the great American Cold War thinker, viewed escalation as a ladder, with each rung representing a greater level of military commitment. The higher a state is willing to climb, he believed, the greater its investment in a given conflict.

In a battle of wills, states use threats of escalation to signal to others a willingness to do more in order to win. Dominating the escalation ladder casts doubt on your adversary’s ability to follow suit. Under the right conditions, threatening enough escalation can compel an adversary to drop out of a conflict.

At the moment, Mr. Putin has escalation dominance in Ukraine. There are things Russia appears willing to do and threaten to have its way, including hints about using its nuclear arsenal. Conversely, the West appears unwilling to do a great many things, including installing a no-fly zone over Ukraine, which risks slipping the world into nuclear war. The current imbalance serves Mr. Putin’s goals and risks paving him a road to victory.

We saw shades of this imbalance in the months preceding hostilities. While Mr. Putin stationed thousands of troops on Ukraine’s border and threatened the impossible – launching Europe’s greatest conflict since 1945 – the West responded by pulling out its civilians, military trainers and diplomats, and relying on the threat of sanctions to deter Russia.

“We have made it clear that we do not have any plans [of] deploying NATO troops to Ukraine,” NATO Secretary General Jens Stoltenberg said, over and over again, at the time. Economic sanctions and censure? Sure. UN investigations of abuses? Yes. Direct military engagement? Firm no.

The unintended effect on Mr. Putin was to signal our collective unwillingness to engage in certain activities, while reinforcing his freedom to escalate. He is now inclined to continuously ratchet up the type and range of Russia’s military activities. The West has responded by repeatedly, and pre-emptively, placing “ceilings” on its level of involvement.

The flip-flop on the issue of Western volunteers is telling. The U.K. went from “absolutely” supporting Britons who chose to join Ukraine’s international brigade, to warning them that doing so was “unlawful [and] unhelpful.” Better we in the West join our own national armed forces than fight in Ukraine, lest they provide Mr. Putin with the propaganda he needs of Western military intervention.

Over the past three weeks, the same calculation has played out time and again. During the first hours of the war, Moscow reportedly dispatched mercenaries to assassinate Ukrainian President Volodymyr Zelensky. In a stunning address to the European Parliament, he warned his European counterparts that this might be the last time they see him alive.

The West’s response has been merely to provide Mr. Zelensky with encrypted communications equipment for a secure line to the White House, and more intelligence on Russian advances. But the EU has not fast-tracked membership. As French President Emmanuel Macron put it, Europe can’t “open an accession procedure with a country at war.”

Later, when Russia’s opening assault fell short, Mr. Putin doubled down. A column of hundreds of Russian tanks and artillery snaked its way toward Kyiv.

In response, the West rushed thousands of anti-tank weapons to Ukraine. The U.S. then gave Poland a “green light” to send Soviet-era fighter jets to Ukraine, only to pull the offer back when the terms of the trade made the White House concerned that Mr. Putin might interpret the act as overt NATO support.

Now, the growing intensity of Russia’s indiscriminate attacks on civilians is a type of escalation meant to signal Mr. Putin’s willingness to rely on ever greater forms of brutality. Russia is committing war crimes against Ukrainians to drive them out and grind them down. It’s a siege tactic that guarantees human suffering.

It makes perfect sense that we can’t put our own civilians in direct harm, or risk triggering a confrontation between NATO and Russia. Nobody wins a race toward nuclear annihilation.

But the paradox is that Mr. Putin’s ability to escalate freely, and our repeated commitment not to do so in kind, provides him with an opportunity. He can rely on escalation to deter the type of Western assistance Ukraine needs to prevail. Unless we tackle this form of strategic blackmail, Russia will do what it takes, Ukraine what it must and the West only what it can.

Alex Wilner is an associate professor of International Affairs at Carleton University, and a Munk Senior Fellow at the Macdonald-Laurier Institute. His latest book on deterrence is Deterrence by Denial.