The Pope’s apology to Indigenous people matters — but it’s just the start: Ken Coates for The Ottawa Citizen

All participants knew that a simple apology, provided to a small group of Indigenous representatives, was not enough. Quick expressions of sorrow would do more harm than good. 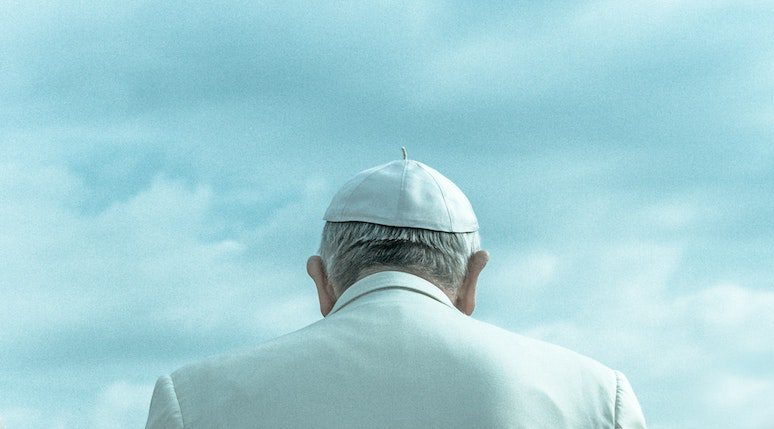 This article originally appeared in The Ottawa Citizen

In late March, a First Nations, Métis and Inuit delegation visited the Vatican for a meeting with Pope Francis. This gathering had been long delayed. For a quarter of a century, First Nations leaders had been asking the Roman Catholic Church for an apology, only to be continually rebuffed. Early this month, they finally received the Pope’s response to their request for an apology for the residential schools and other destructive Church actions against Indigenous peoples.

While Canadians have followed the Indigenous delegation attentively, questions remain about the motivation for this journey. After all, the government of Canada had already formally apologized for the schools. So did most Canadian churches involved with the schools. The religious organizations also provided financial compensation, although much less than was offered to residential school survivors by the federal government.

However, Indigenous peoples, for excellent reasons, do not consider the matter resolved.  They have complex relationships with the Catholic Church, which has been distressingly obstinate in responding to them. Indeed, many Indigenous peoples have long been active, faithful members of the Church. When protesters torched several Catholic churches in 2021, following the discovery of children’s remains on residential school grounds, Indigenous communities demanded that the attacks stop, as these religious buildings were important to them.

For Indigenous peoples, the brutality and cultural attacks endured in the residential schools represented a double betrayal. The obvious element was the Church’s enthusiastic participation in state-sponsored education and the mistreatment of Indigenous children.  For this, Indigenous peoples demand and deserve a full and uncompromising apology. The second element — that these depredations occurred at the hands of priests and Church officials — carved deep scars into the hearts, souls and spirits of Indigenous peoples. It is as if their suffering came directly from the hands of God.The First Nations, Métis and Inuit are not seeking a simple apology. The journey to Rome was an urgent attempt to provide the Pope with an opportunity to atone for massive, multi-generational failings of the Catholic Church. Indigenous peoples have carried a mammoth amount of pain, transmitted through generations, from sufferings inflicted on them by the very people charged with protecting them from evil and preparing them for a lifetime of engagement with God. There is no greater betrayal imaginable.All participants knew that a simple apology, provided to a small group of Indigenous representatives, was not enough. Quick expressions of sorrow, without deep sincerity, would do more harm than good. The Indigenous delegation to the Vatican wanted, deserved and received something different: an historic and personal apology from the Pope, with the promise of more. The Indigenous representatives invited Pope Francis to come to Canada and to deliver a formal apology directly to Indigenous peoples. Should that happen, it would be one of the most important events of reconciliation in Canadian history.

Such a high-profile apology, properly done, would be much more than an expression of regret. It would have to include an admission of the staggering arrogance of the underlying values and assumptions, including the Doctrine of Discovery, that gave Europeans permission to occupy and conquer Indigenous lands. An appropriate apology would not focus solely on the destructive experience of the residential schools but would also recognize the complex and multifaceted disruptions caused to Indigenous peoples in the name of the Catholic Church.

The Indigenous delegation to the Vatican attained an important achievement. The Pope listened, and there is reason to believe the Catholic Church is about to start a critical journey of its own. This latter effort will be painful in its own way, as the Church confronts the evils conducted in its name under a long line of Popes. Equally important, such an apology would finally address the world-altering ways in which the assumption of Christian superiority and the European cant of conquest, both deeply imbedded in the Church, projected aggressive and destructive Christianity onto Indigenous peoples of the world.

In the end, the Indigenous representatives embodied the remarkable graciousness and decency of Indigenous peoples. They ventured to see the Pope with optimism and gentleness, bringing ceremony and openness with them on this journey. They comported themselves with dignity, showed respect for Church institutions, and demonstrated the resilience and determination that preserved Indigenous peoples and cultures through unimaginable hardship.

The Indigenous trip to the Vatican offers lessons for all peoples in how to address the depredations of the past while rekindling hopes for the future.

Ken Coates is a Distinguished Fellow at the Macdonald-Laurier Institute and a Canada Research Chair in the Johnson Shoyama Graduate School of Public Policy at the University of Regina.