The kindest cut: Excising the Patented Medicine Prices Review Board from the Canadian body politic

The Patented Medicine Prices Review Board (PMPRB) harms drug access rather than promoting it. 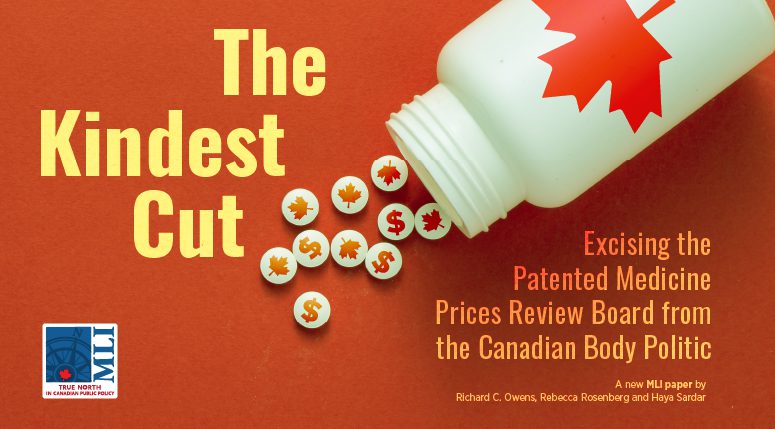 Canada’s drug price controls, implemented through the Patented Medicine Prices Review Board (PMPRB), hurt both innovation in the life sciences sector and Canadians’ access to pharmaceuticals. The PMPRB was created in 1987 as an expedient to placate opposition to the passage of much-needed intellectual property (IP) law reforms. Pharmaceutical science has changed dramatically since then; the PMPRB has not.

In 2018 the federal government attempted to modernize the PMPRB through ill-conceived New Regulations. While the government appears to have bowed to constitutional inevitability and withdrawn key portions of the New Regulations, there is no guarantee that similar regulations will not be promulgated in their place. As such, it is important to assess the fundamental problems with them.

Like the bulk of the New Regulations, the PMPRB itself has no constitutional foundation. It exceeds the powers of the federal government, amounting to industrial price controls, which are a provincial, not a federal, power. Moreover, even if the PMPRB edifice continued to stand on its shaky constitutional footings, case law makes clear that the Patent Act doesn’t authorize price controls as PMPRB applies them.

To the PMPRB and its defenders, drugs are products uniquely inimical to distribution in a free market. But drugs are also goods, subject to market scarcity and value calculations, and their prices are normal prices. PMPRB price controls, like any price control, limit supply and availability and curtail the development of new products. If government and the courts want to encourage Canadians’ good health, they should stop supporting price controls.

A 2018 MLI study addressed the question of whether Canada can lower prices and simply rely on the US for its innovation. But that is not a sustainable approach to pharmaceutical innovation in Canada, nor healthcare. Like the rest of the world, we exploit the US consumer to fund our drug supplies. As a result, the US itself is now considering its own price controls. If implemented, they would effectively slaughter the world’s pharmaceutical golden goose.

Leadership is urgently needed to re-balance cost-sharing internationally. Canada can demonstrate that leadership, benefiting its innovation economy and leading the world toward a more equitable allocation of the costs and benefits of pharmaceutical science. A low-price regime will inevitably hurt the life sciences sector and adversely impact industry employment and, ultimately, the Canadian economy. US prices should be reduced as other nations, including Canada, shoulder a more proper share of their economic burden.

Life sciences patent monopolies bring into being the very things to which they apply. Profits are well-earned and a necessary incentive. A patent on a successful drug offers the potential for a financial prize. Only with such a promise can the economy of drug discovery function. Innovation can never be centrally planned or controlled; it arises from sound economic, institutional and legal conditions that we mess with at our peril.

Evidence also strongly suggests that a pharmaceutical market without price controls works well. Competition among therapies, as well as other market constraints on pricing power, are among the factors that limit pricing freedom. Without price controls, Canada would benefit from greatly improved access to new drugs and therapies.

By preserving price controls, we depress our life sciences industry and hurt health care. Worse still, the PMPRB and its adherents have political incentives to demonize and diminish the life sciences sector, since the more it grows and contributes, the harder it would be to justify confiscatory PMPRB price controls. We could hardly have a policy better aimed at undermining Canadian science and industry than institutionalized drug price controls.

The PMPRB alleges that it saves Canadians money. But it is never clear how much. The PMPRB is a clumsy tool that harms drug access rather than promoting it. Price ceilings limit drug revenues, which reduce R&D spending on drug discovery and make Canada an undesirable location for conducting clinical trials and launching new drugs. Importantly, removing price controls will have little impact on most drug purchases in Canada. It is time to scrap the PMPRB altogether.