We are getting all of the pain of soaring costs and none of the climate benefit. It is a policy disaster of the worst kind. 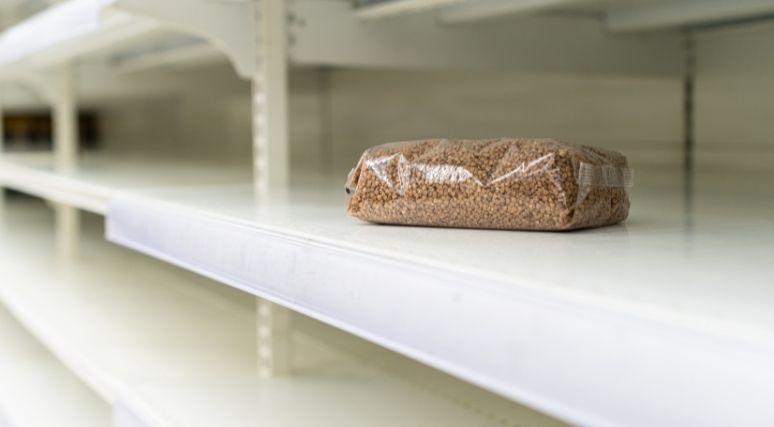 Everyone in Canada has noticed that their grocery bills have gone up since the COVID-19 pandemic hit. Supply chain issues, labour disruptions and a lack of packaging materials all contributed to high food costs that have set the average Canadian family back by about $1,000 a year. Now, things are set to get worse, rather than better.

That’s because on top of inflation, soaring fertilizer and diesel prices are going to increase agricultural costs in the upcoming growing season, which have yet to be accounted for in our food costs. As a result, experts are warning that we could soon see a famine in parts of the developing world.

How did we get here? Months before Russia invaded Ukraine, the energy crisis in Europe — caused by a shortage of natural gas — meant that many fertilizer plants, in Europe and elsewhere, had to cut production. Natural gas is a common feedstock, or production material, for nitrogen-based fertilizers, and prices began climbing in September.

By November, prices for nitrogen-based fertilizers were hitting all time highs. With diesel costs also sky-high, and supply chain bottlenecks still impacting machinery costs and availability, the per-acre production costs for many farmers are expected to double this year. And things have only gone downhill from there.

Taken together, Russia and Ukraine account for about 30 per cent of the world’s wheat exports. Russia’s invasion threatens both countries’ abilities to sustain their production levels. Sanctions applied to Russia and Belarus have further upended fertilizer markets. Together, they account for about 40 per cent of potash exports, an important crop nutrient. Russia is also a significant exporter ammonia and urea, which are used in the production of nitrogen-based fertilizers.

This is on top of structural issues that were already affecting grain and oilseed prices before the pandemic, including growing global demand and a number of droughts and other weather-related events that have affected yields in key producing regions. In fact, the Food and Agriculture Organization of the United Nations Food Price Index, a measure of international prices of a basket of food commodities, reached an all-time high in March 2022, having increased 34 per cent compared to early March 2021.

According to the executive director of the World Food Programme, scarcity, war, the pandemic and soaring oil prices already saw the organization paying 30 per cent more to distribute food to the world’s vulnerable than it did in 2019. It counts the number of people at the brink of famine at 44 million — up 63 per cent since 2019 — with an additional 232 million people at risk. And now it has fewer means to support them. A humanitarian crisis of epic proportions is right around the corner.

That nine per cent of global GDP, which represents about $8.5 trillion, could have been spent on education, health, infrastructure, housing or other important measures. Instead, it has been siphoned off into spiralling energy costs created not from a lack of energy resources, but from climate policies that intentionally reduced their supply by limiting investment and rejecting new exploration, infrastructure and production.

And there is no environmental silver lining here. In fact, global energy-related carbon dioxide emissions rose by six per cent in 2021 to 36.3 billion tonnes — the highest level ever. That’s in large part due to growing global demand for coal, which will also reach a new high in 2022 following years of decline, as countries scramble to meet energy demand by any means necessary.

Neither is this energy crisis limited to fossil fuels. Because over 80 per cent of global primary energy demand is met by coal, oil and natural gas, the costs of developing low-carbon sources — the labour, raw materials, manufacturing and transportation costs needed to implement a transition — have also risen.

Solar power costs have started to rise after a decade of decline, as have the price of electric vehicle batteries. The cost of a Tesla Model 3 is almost a third higher than it was a year ago. The energy transition will now cost more and therefore take longer. We are getting all of the pain of soaring costs and none of the climate benefit. It is a policy disaster of the worst kind.

Low energy prices are fundamental to human development, global stability and our capacity to transition to non-fossil fuel sources of energy. Political leaders have been willing to sacrifice energy affordability in service of other policy goals. If we do not re-prioritize it, we will compound the climate crisis with avoidable humanitarian crises.

Inflation seems to be driving retirees back into the work force: Linda Nazareth in the Globe and Mail

Inflation seems to be driving retirees back into the work force: Linda Nazareth in the Globe and Mail