The Emergencies Act wasn’t the only sledgehammer: Richard C. Owens in the Financial Post

Perhaps the issue was bias against the Freedom Convoy. 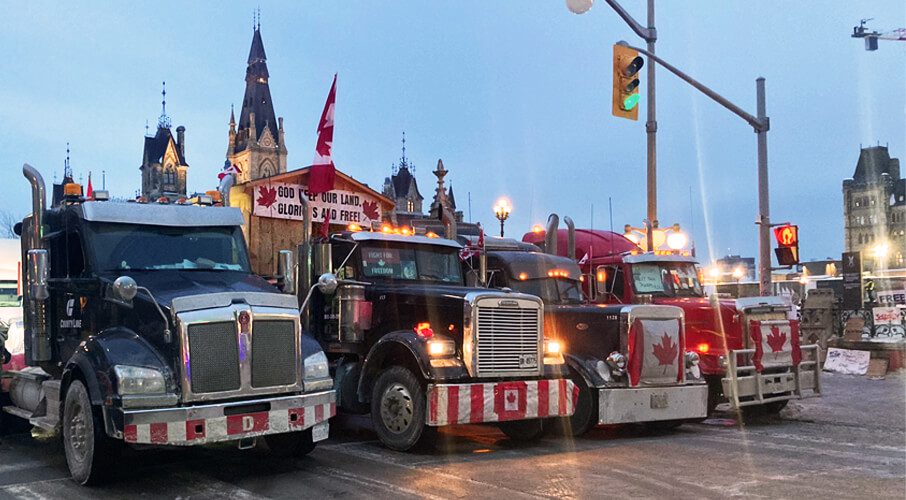 Invocation of the Emergencies Act to end the truckers’ protest in Ottawa shocked civil libertarians here and around the world. A proposed class action started by Ottawa residents Zexi Li and Geoffrey Devaney and the Happy Goat Coffee Company may be just as disturbing.

All class actions, in which plaintiffs make a civil claim for damages on behalf of a larger group, must be court-certified to go ahead; this one isn’t yet. Even so, in preliminary hearings beginning February 17, the plaintiffs got an extraordinary “Mareva” injunction, named after a ship-owning company that long ago chased after the charter fee for a ship, then far away on its contracted journey. It is a court order not to move or use identified assets such as money or ships or other property pending trial. Cryptocurrency donations to the Freedom Convoy were frozen — a private seizure, not made under the Emergencies Act.

Mareva orders are typically used against non-residents with few assets at risk in the jurisdiction. They are a drastic, “extraordinary”, remedy designed for emergencies. Yet this one came easily, after an ex parte hearing in which the defendants weren’t present or even notified of the risks they faced.

Normally, a Mareva injunction requires plaintiffs to give undertakings to the court to pay damages if the injunction proves to be wrongly issued on the plaintiff’s one-sided representations. But Justice Calum MacLeod of the Ontario Superior Court of Justice waived the undertaking, citing cases with a human rights or public interest dimension. In this case, however, the human rights and public interest dimensions should protect the defendant-protestors, not the plaintiffs, and require an undertaking to be given, not waived.

The frontline voices: Tigrayans speak on the realities of life under an insurgency regime