Taiwan is more than a mere ‘question’: J. Michael Cole for Inside Policy 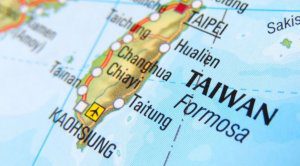 By referring to the dispute in the Taiwan Strait as a “question” or an “issue,”  Taiwan and its people become dehumanized, writes J. Michael Cole.

Time and again in academic works, newspaper articles and public comments, the dispute in the Taiwan Strait, which stems from Beijing’s longstanding claims of sovereignty over Taiwan, has been referred to as the “Taiwan question” or, alternatively, the “Taiwan issue.” Whether by design or intellectual sloppiness, this designation of Taiwan – of Taiwan’s fate, in fact – is reductionist, a construct that presupposes conclusions and frames the complex dispute in ways that benefit China.

By referring to the matter as a “question” or an “issue” (not to mention the occasional use of “Taiwan problem”), Taiwan and its people become dehumanized.

This kind of dehumanization has a long and dangerous history. In Canada, the “Indian Question” and “Indian Problem” were shorthand for discussing the assimilation, territorial conquest of, and cultural erasure of Indigenous peoples, while simultaneously treating these peoples as others who are unimportant in the determination of their own futures. The “Ukraine Question” is often thrown around in the context of the country being supposedly in Russia’s sphere of influence, once again reducing the sovereignty of Ukraine and the self-determination of her own people to a mere rump status. At its most infamous and extreme, references to the “Jewish question” created a special category of people who were both inherently “problematic” and somewhat “less human.” As we now know, such language, which predated National Socialism, opened the door for Hitler and his cronies to launch efforts to annihilate an entire category of people.

In the same vein, the reductionist language downgrades Taiwan and the Taiwanese people to the status of mere objects, a problem that needs to be managed and, ultimately, resolved. A “question” presupposes an unfinished state of existence. It makes an object transitionary. Thus, rather than an entity in itself, Taiwan is a question mark on its way to something else. Such designations already answer half of the question by refusing to concede that Taiwan’s current status can actually be what it is, no more, no less.

This framing is also predicated on the assumption that Beijing has a point: Taiwan – or the “Taiwan question,” to use the Chinese foreign ministry’s own formulation – “is a question left over by the civil war in China, and it is purely China’s internal affair.” Therefore, when we call Taiwan a “question,” we replicate the reductionist language, carefully selected by Beijing in its propaganda, that aims to distort historical facts and make a complete abstraction of the Taiwanese people. Simply put, Beijing’s formulation aims to make the Taiwanese less human, and thereby less worthy of the world’s attention.

It is revealing that the Taiwanese people themselves do not refer to their predicament as a “question” or an “issue.” To them, the “question” was resolved a long time ago, and their status is that of citizens of a country that is both sovereign and democratic, defined both by what it is and what it is not.

Admittedly, that existence is bracketed by another concept – the “status quo” in the Taiwan Strait, which continues to be supported by a majority of Taiwanese. This “status quo,” however, underscores a belief in Taiwan’s de facto sovereignty and is, it must be pointed out, a linguistic sleight of hand meant to reduce the risk that Beijing will seek to annex it by use of force. While a “question” or an “issue” for people on the outside, it is a lived reality for the Taiwanese themselves: it is nothing less than an external threat, the imposition of a value system, ideology, and way of life by an exogenous force. The Taiwanese have answered that question, and they have done so loudly. They do not want it.

If the international community is to find a way to break the impasse in the Taiwan Strait and reduce the likelihood the region will descend into catastrophic war, it is incumbent upon its diplomats and intellectuals to get it right. What this means is the necessity of avoiding a subjective take that reinforces propaganda by the Chinese Communist Party (CCP), dehumanizes Taiwan’s 23.5 million people and reduces them to a question mark.

That isn’t to say that everybody should agree as to how the dispute should be resolved. After all, some analysts, primarily those in the realist school of international relations, will continue to argue that China has a right to its own sphere of influence and that Taiwan, whether it likes it or not, has no choice but to subjugate itself. Whether one agrees or disagrees with such a contention (and this author strongly disagrees), we should nevertheless approach the dispute with moral and intellectual clarity rather than a subjectivism that blurs the contours of the matter.

What this means, concretely, is that the matter should be framed properly: China’s claim over Taiwan, and the actions it has threatened to take to make that goal a reality, isn’t the answer to a question, but is rather a form of colonialism. It is nothing less than the threatened annexation of a territory that the People’s Republic of China has not controlled for a single day of its existence. Some can support Beijing’s aims all they want, but they should have the intellectual honesty to admit that what they are advocating is annexation, one that, furthermore, is being attempted by a deeply autocratic regime against a polity that, over decades of development, has become one of the most successful examples of democratization in modern times.

J. Michael Cole is a Taipei-based senior fellow with the Global Taiwan Institute in Washington, D.C., and the Macdonald-Laurier Institute in Ottawa, Canada. He is a former intelligence officer with the Canadian Security Intelligence Service.