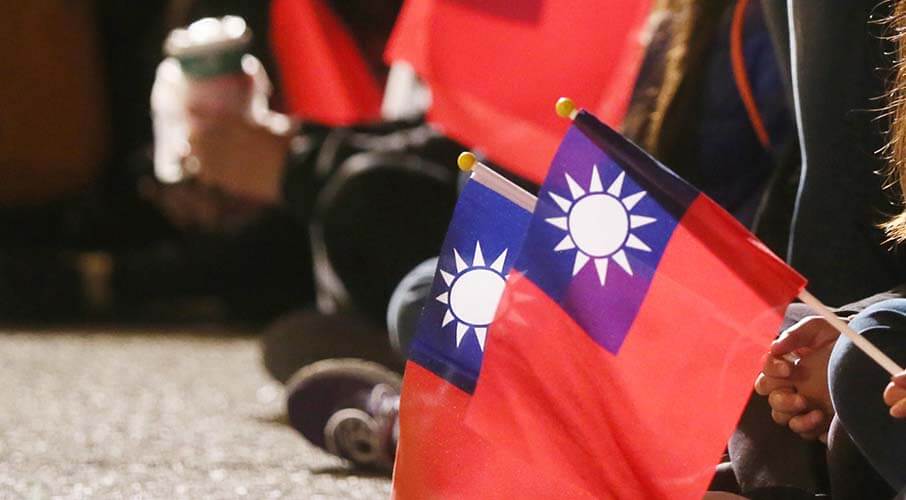 The challenge for Japan is that China understands any statement about Taiwan to be part of the Tokyo-Washington covert strategy to divide and eventually arrest China’s development, writes Stephen Nagy.

Former Prime Minister Shinzo Abe’s comments that a Taiwan contingency would be a security emergency for Japan requiring Japanese and US intervention has elicited a harsh reaction in Beijing including an emergency meeting with Japan’s ambassador to China. The statement comes in the wake of growing harsh rhetoric against Taipei by Beijing and deep concerns about what a forced reunification would mean for technology supply chains and the critical sea lines of communication throughout the region.

The concerns are serious. Beijing has flown into Taiwan’s Air Defense Identification Zone (ADIZ) and has engaged in training exercises that lead the US to believe that China is training for an invasion of Taiwan. Xi Jinping, like leaders before him, has not ruled out the use of force to achieve Beijing’s aim of unifying Taiwan with mainland China.

With Japan’s economic prosperity directly linked to rules-based, free and open sea lines of communication that stretch from the East China Sea through the waters around Taiwan to the South China Sea, Abe’s statement is not an escalation or an assertive statement, rather it is a statement of the facts. In a nuanced reading of Abe’s and other statements about Taiwan, it is clear that they are a frank message to both Beijing and Taipei. Japan strongly supports the status quo between Taiwan and China. This means no independence and no forced reunification.

The challenge for Tokyo is that Beijing understands any statement about Taiwan to be part of the Tokyo-Washington covert strategy to divide and eventually arrest China’s development. This obsession with Taiwan as a tool to arrest China’s development and potentially destabilise, if not topple the regime, is reflective of long term insecurity about the sustainability of the Chinese political system in what the Chinese Communist Party (CCP) understands as an international order largely crafted by the US and Western countries, an order the CCP wishes to revise to make it more inclined to Chinese interests.

This approach suggests that Tokyo and strong advocates of explicitly articulating Taiwan’s importance to Japan’s security (such as Abe) will see policy towards Taiwan and China through the lens of Japan’s economic security concerns.

Japan-China relations will be increasingly complicated to navigate as Tokyo and a growing number of like-minded countries adopt similar positions focusing on peace and stability across the Taiwan Strait. Beijing needs to recognise that Tokyo is wedded to a One China policy and its position on Taiwan. Moreover, Abe’s explicit statement about the importance of Taiwan in Japan security is tangentially related to Beijing’s rhetoric and behaviour at home and in the region. Superficially, Abe’s and former Vice Premier Taro Aso’s comments suggest that Japan has moved from strategic ambiguity about its position on Taiwan towards strategic clarity. This misreads Tokyo’s position on Taiwan and Japan’s intentions towards Beijing.

Japan’s largest trading partner is China and if we include Hong Kong as well as Taiwan, we see that Japan’s economic relationships with Greater China are significant and they inform Tokyo’s decision making about the importance of peace and stability across the strait, its positions on Hong Kong, and its positions being wedded to a One China policy. To highlight the economic importance of bilateral trade relations we only need to look at the contradiction that exists between China’s unfavourable ratings in Japan being at record lows, and the deepening Japanese exports to China which were approximately US$141.6 billion (22.1 per cent of total Japanese exports).

These figures are stunning when we include the $44.4 billion (6.9 per cent) of Japanese exports to Taiwan and the $32 billion (5 per cent) of exports to Hong Kong. In short, exports to greater China represent at least $218 billion or 33.1 per cent of Japan’s total exports, a number that is nearly twice that of the US which was $118.8 billion (18.5 per cent). In this sense, an examination of the recent statements by prominent former and current politicians is that they are very much consistent with Tokyo’s efforts to deepen its economic relations with Beijing and Taipei while being prudent enough to invest in initiatives that ensure that efforts to forcefully reunify with Taiwan are firmly resisted.

Furthermore, Tokyo sees an unravelling of the stability and prosperity that it benefitted from in the post-WW2 period trading system. China’s ascension to the WTO in 2001, while bringing initial benefits to Japan, has become increasingly untenable as political differences between Japan and like-minded countries and China have resulted in a track record of economic and other forms of coercion. Tokyo will continue to invest in efforts to strengthen Taiwan’s deterrence capabilities, to support it in international organisations, and to welcome it into multilateral trading agreements such as the CPTPP when possible.

G-7 support for Taiwan’s inclusion in the World Health Organisation (WTO) also speaks to Japan’s efforts to work with other states to support Taiwan on the international stage while not violating the One-China policy. Additionally, it will do this bilaterally by strengthening non-state-to-state relationships with Taiwan such as party-to-party relations, vaccine diplomacy, and other forms of exchanges. Furthermore, it will work with the US to form explicit statements about peace and stability across the Taiwan Strait as seen at the Japan-US summit in April in which President Biden and former PM Suga release a joint statement stressing their shared view about peace and stability. It has also worked within the G-7 to reiterate its position on the importance of maintaining the status quo between Beijing and Taipei.

Further efforts to strengthen Taiwan’s resilience will be done according to a nuanced reading of the One China policy and continue to have a strong message for Beijing about the importance of Taiwan and peace and stability across the strait. This approach suggests that Tokyo and strong advocates of explicitly articulating Taiwan’s importance to Japan’s security (such as Abe) will see policy towards Taiwan and China through the lens of Japan’s economic security concerns.