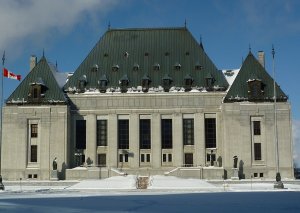 While courts are meant to decide legal issues and to make the law clear so it guides conduct, a closer look shows that the Mikisew Cree ruling has actually perpetuated uncertainties and possibly created new ones, writes Dwight Newman.

Canadians have now taken in the headlines: The Supreme Court of Canada has said governments do not have a duty to consult Indigenous communities when considering, drafting or passing laws. The Mikisew Cree, who had taken a case on the issue to the Supreme Court of Canada after some initial success in the Federal Court, have expressed profound disappointment in the result.

But there is another reason to be disappointed. This is a much more complicated ruling than many might first realize. And while courts are meant to decide legal issues and to make the law clear so it guides conduct, a closer look shows that this ruling has actually perpetuated uncertainties and possibly created new ones.

The Mikisew Cree First Nation in Alberta went to the Federal Court after Ottawa introduced two bills in 2012 that altered environmental laws. The Mikisew Cree said the changes could affect their treaty rights, and sought a judicial review of the drafting process. They said Ottawa’s duty to consult them under what is known as the honour of the Crown should have applied. They won, but the Federal Court of Appeal ruled in December, 2016, that the Federal Court did not have jurisdiction to carry out a judicial review of legislative action and that the duty-to-consult doctrine could not apply.

Although the Supreme Court was unanimous in ruling against the Mikisew Cree, it split four ways on the reasons. All the judges agreed on a technical point that the statute establishing the Federal Court does not grant it the jurisdiction to review acts within the legislative process. But beyond that point, Justice Rosalie Abella and Justice Sheilah Martin indicate in their written opinion that although they agree the Federal Court could not intervene as requested, governments do have a duty to consult potentially affected Indigenous communities before passing laws.

However, it is the judgment of Justice Andromache Karakatsanis writing for herself and two others, including Chief Justice Richard Wagner, that stands out in its indecisiveness and generates immense uncertainty. Justice Karakatsanis seems to accept that principles like the separation of powers between the executive and judicial branches preclude the court’s interference, and purports to write a decisive ruling that the duty to consult does not apply to the law-making process. But she goes out of her way in the last paragraph to say that in a future case, the court could still develop from the honour of the Crown rules apart from the duty to consult that would regulate the law-making process to protect Indigenous groups.

Considering that Justice Abella and Justice Martin would have applied the duty to consult, there is every reason to think they might be on board with whatever Justice Karakatsanis thinks the court might dream up in future. The result is that a five-judge majority has effectively signaled that this is not the end of the road for this issue. And Justice Karakatsanis’s implied readiness to find new rules in the honour of the Crown may actually have signaled that all kinds of new aboriginal law doctrines await.

As Justice Russell Brown points out in his decision — which receives the full support of Justice Malcolm Rowe and two others in their judgment — Justice Karakatsanis has suggested arguments that no party made. She has effectively invited new litigation, seemingly on the basis of some vague discomfort with rendering the legal decision she had to make.

This is not the first time the court has evaded making a clear decision in the context of Indigenous rights. Indeed, judges in past decisions have expressed a preference that matters be resolved by negotiation, and thus would effectively leave some details of aboriginal law issues undecided to permit this. But we have also seen that this perpetuation of uncertainty can actually make negotiation more difficult. On some aboriginal law issues, different parties’ expectations of what the underlying law would decide are so far apart that a negotiated outcome is not achievable.

Justice Brown is quite right when he powerfully notes that the resulting uncertainty from Justice Karakatsanis’s indecision “would have deleterious effects on Indigenous peoples, and indeed on all who rely upon the efficacy of validly enacted and constitutionally compliant laws.”

Judges have heavy responsibilities. Foremost among them is a responsibility to decide the issues put before them. Without the readiness to make the decisions their role requires, the rule of law suffers and Canada suffers.

Dwight Newman is a professor of law and Canada Research Chair in Indigenous Rights, University of Saskatchewan and is a Munk Senior Fellow at the Macdonald-Laurier Institute.