How to support Canada’s economic recovery: Jack Mintz in the Financial Post 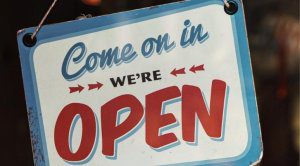 People would like to see public policies to support getting Canadians back to work and Canada’s economic recovery, writes Jack Mintz in the Financial Post. Below is an excerpt of the article, which can be read in full here.

Last week, I asked readers to provide ideas for Canada’s economic recovery going beyond the round of current liquidity measures to help stave off the recession. There was a large response. It’s clear many of you want to help develop a plan.

I asked three key questions: What should the recovery’s economic objectives be? What policies would be effective? How can we make sure any fiscal plan is sustainable?

On objectives, it’s clear from almost all of the responses that people would like to see public policies to support getting Canadians back to work. One reader suggests a framework based on lessons learned from former prime ministers Brian Mulroney (sales tax reform and expanding trade), Jean Chrétien (taming the deficit while “not negatively impacting the progressive side of Canada”) and Stephen Harper (“getting back to balance in less than a decade”).

Many of you offered specific ideas for how to get people back to work.

Infrastructure: Accelerating and expanding public infrastructure spending was mentioned most. No one suggested focusing on green infrastructure but many would build better transportation networks to export our resources to the world. For example, Leone Wright recommended new land corridors, such as to Port Churchill, and another reader suggested a railway-tanker service to Valdez, Alaska.

Trade: Almost everyone argued in favour of dismantling internal trade barriers, following Alberta’s recent moves in this direction. Bill Brough made an intriguing proposal to standardize apprenticeship programs, education and foreign accreditation so as to enable freer labour mobility, especially for young Canadians.

Business recovery: Most businesses lost revenues during the lockdowns and many face potential bankruptcy, which will slow down the economy. With its nine per cent interest rate, the federal program to support large businesses has attracted virtually no takers. Pierre Lortie suggests that a tax policy such as tax-free capital gains for new share offerings would help businesses improve their balance sheets.