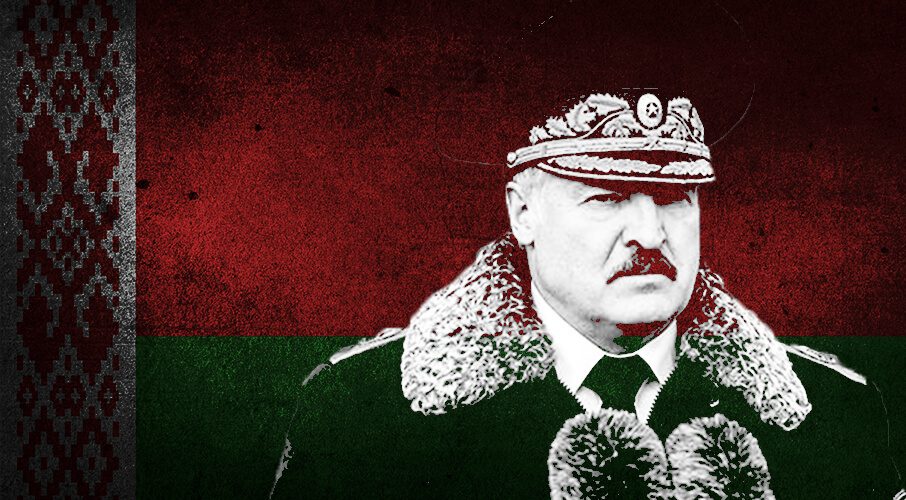 Lukashenko is playing a very dangerous game that exploits human misery and increases the risk of military conflict in the middle of Europe. This should concern Canadians, writes Balkan Devlen in the Toronto Star.

Belarusian dictator Alexander Lukashenko, dubbed the “last dictator in Europe” is waging a war against our European allies. It is not a war waged with tanks and planes but one of subversion using desperate human beings as pawns. Waged in the greyzone between war and peace, it aims to undermine stability and cohesion of target societies by manufacturing humanitarian tragedies.

His latest provocations dramatically escalated the situation along the Belarusian-Polish border, raising the spectre of a crisis crossing the threshold into military conflict. The West needs to stop Lukashenko from playing with fire and Canada needs to play a leading role. Here is why.

After losing the elections in August 2020, which was won by opposition candidate Sviatlana Tsikhanouskaya in the face of widespread repression and electoral fraud, Lukashenko refused to step down. Instead, he increased his repression and intimidation against democracy and human rights activists to levels not seen since Soviet times.

Condemnations by the international community did not deter his regime from continuing to detain, jail, and torture dissidents and even resort to hijacking an international airliner in May 2021 by forcing it to land in Belarus to detain Belarusian journalist Roman Protosevich. International outcry at this brazen act led to the imposition of new targeted sanctions against Lukashenko’s regime.

Lukashenko’s response was to intensify his greyzone aggression towards Lithuania, Latvia, and Poland. These three countries have been at the front lines from the very beginning.

As discussed in a recent webinar by the Macdonald-Laurier Institute, our Baltic allies and Poland provided sanctuary to exiled democratic opposition who are the legitimate winners of 2020 elections, created social, educational, and economic programs to support Belarusian democracy and civil society organizations, and led the way for the international community’s response to the Lukashenko regime’s human rights violations.

Lukashenko’s response was to resort to that true and tried method of weaponizing human misery with the support of the Kremlin. His regime flew in thousands of people — men, women, and children — from third countries (mainly in the Middle East) to Minsk and pushed them across the border to Poland, Lithuania, and Latvia. Those migrants were beaten and threatened by Belarusian security forces and prevented from returning to Belarus.

In so doing, Lukashenko is essentially combining the weaponization of migrants, taking a page from Assad’s playbook in the Syrian civil war that was backed by the regimes in Tehran and Moscow, and human trafficking in order to undermine NATO member states bordering Belarus.

To grasp the scale of the problem, it is important to note that the Baltic states have very small populations. Latvia’s population is 1.9 million and Lithuania’s is 2.8 million. They face 10 times the illegal border crossings compared to previous years. If Canada faced comparable numbers, we would have seen 75,000-80,000 irregular border crossers in the first 10 months of this year alone. Total number of refugee claims made by irregular border crossers in the past five years amounts to less than 60,000 for Canada.

The situation dramatically worsened in the past week and up to 4,000 people are now camped at the Polish-Belarusian border and several thousands more are on their way. Latvia and Lithuania are also bracing for an additional surge in migrants. Poland mobilized 12,000 soldiers and police after declaring a state of emergency. Belarusian security forces are preventing migrants turning away from the border and as soldiers line up on both sides of the border, the risk of escalation to armed conflict increases. As the temperature plummets, the risk of humanitarian disaster is also increasing, compounding the tragedy.

In short, Lukashenko is playing a very dangerous game that exploits human misery and increases the risk of military conflict in the middle of Europe. This should concern Canadians not only because our NATO allies are under attack by an illegitimate regime that aims to destabilize them and engages in human trafficking, but also in a potential military conflict in the region, Canadian soldiers will be right there in the thick of it.

Canada is the Framework Nation for NATO’s Enhanced Forward Presence mission in Latvia and around 550-600 Canadian soldiers are stationed in Latvia as a part of that mission. In other words, Lukashenko’s recent escalation and doubling down on greyzone aggression against our allies and his regime’s continued repression in Belarus quite literally put Canadian lives in danger. The “last dictator in Europe” must be stopped and Canada needs to play a leading role in that endeavour.

Balkan Devlen is a senior fellow at the Macdonald-Laurier Institute, where he leads the Transatlantic Program and an adjunct research professor at the Norman Paterson School of International Affairs at Carleton University.