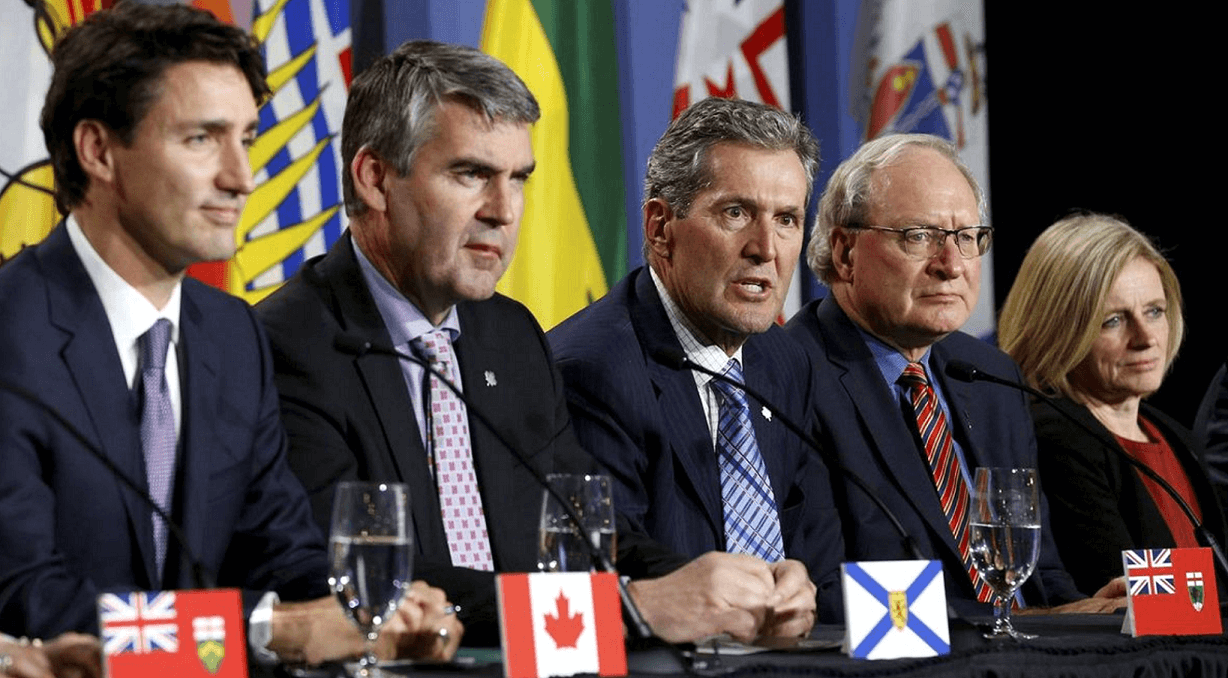 The recent painful renegotiation of NAFTA at the insistence of a protectionist president underlined Canada’s vulnerability given its trade dependence on the U.S. In response, Ottawa has rightly placed trade diversification at the top of its agenda. But Ottawa continues to have a blind spot regarding the trading relationships over which it actually has the most leverage: those in which Canadians trade with one another across provincial boundaries. And while some recent progress has been made, last week’s federal-provincial meeting proved yet again that the provinces are not going to fix this problem alone. What is needed is accountable federal leadership.

The barriers that prevent Canadians from trading their products and services and exercising their professions are real and costly and hurt Canada’s international competitiveness. The Royal Commission on the Economic Union and Development Prospects for Canada (the Macdonald Commission) calculated the cost of these barriers was as high as 1.5 per cent of GDP annually, a stunning loss of national prosperity. More recently Statistics Canada took the barriers and measured them as if they were tariffs at the provincial borders. Its conclusion: the barriers that exist in Canada, taken together, are the equivalent of a seven per cent tariff.

In other words, it is as if each province levied a tax of seven per cent on all goods and services entering from another province. And seven per cent is merely the average. It is hard to imagine a policy more damaging to Canadian competitiveness.

Interestingly, when StatsCan’s approach is applied to, say, the U.S., goods and services crossing state boundaries face no such “tariff.” Americans truly trade freely with one another. Not so Canadians, who must compete with their international trading partners with one hand tied behind their back.

The strategy to date has been to look to the provinces to tear down their barriers. While we believe the premiers have made a good-faith effort over the past two years, the progress has been deeply disappointing. The 2017 internal trade agreement is riddled with exemptions. Progress has been glacial at best. As one of two premiers tasked by their colleagues to seek greater agreement among the provinces, no one knows better than Premier Brian Pallister (a co-author of this op-ed) that the likelihood of more ambitious reform is low, an assessment confirmed by the meeting just completed.

What to do? In federations worldwide, the task of creating a unified national economy is given to the central government. Canada is no exception. Indeed, one of the Fathers of Confederation, George Brown, famously said the whole idea behind Confederation was to “throw down all barriers between the provinces — to make a citizen of one, citizen of the whole.”

It is time for Ottawa to shoulder its responsibilities by introducing a Charter of Economic Rights clarifying the vital rights of Canadians to sell their goods and services and exercise their trades and professions in every part of Canada. Ottawa has in its possession legal advice from leading constitutional scholars that such an approach will be approved by the courts. It won’t solve every problem, but it would be a quantum leap forward.

How could we win provincial agreement to this nation-building change? By matching it with another, in a grand bargain between Ottawa and the provinces: The provinces would acquiesce in Ottawa’s leadership role on protecting Canadians’ economic rights, in exchange for which Ottawa would ensure the provinces have revenue sources under their own control equal to their health-care responsibilities.

We recognize that internal trade is properly Ottawa’s jurisdiction, but we equally agree that health care properly belongs to the provinces under the Constitution. In each case, interference by the other order of government has prevented progress. The greatest points of conflict between Ottawa and the provinces are when one level tries to exercise jurisdiction assigned to the other by the Constitution — it leads to a lack of clarity and a loss of accountability.

Under our grand bargain, Ottawa would recognize full provincial responsibility for health care and transfer tax points to ensure it is adequately funded, bolstering provincial accountability to their voters and ending Ottawa’s recent practice of spending on “boutique” health programs within provincial jurisdiction. Canada’s equalization system should ensure that poorer provinces with smaller tax bases are not penalized.

This grand bargain would strengthen Canada’s ability to compete internationally, restore Ottawa’s vital role as rulemaker for the national economy, and raise our standard of living. Similarly it would give the provinces, who have both the jurisdiction and the experience to run Canada’s health-care system, the tools to manage effectively while eliminating points of friction that have bedeviled the management of the federation for years.

That would be a deal worth having for all Canadians.

Brian Pallister is the Premier of Manitoba. Brian Lee Crowley is Managing Director of the Macdonald-Laurier Institute.

VIDEO and PHOTOS: Reconciling Duty to Consult and Economic Opportunity

VIDEO and PHOTOS: Reconciling Duty to Consult and Economic Opportunity