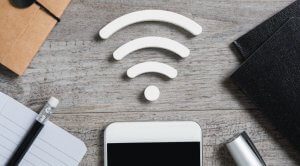 A sound national communications policy won’t be found by trying to revive Bill C-10 and the divisive political thinking that produced it, writes Peter Menzies in the Financial Post. Below is an excerpt from the article, which can be read in full here.

When it comes to communications regulation, let’s be clear: the election did not give Justin Trudeau’s government a mandate to continue messing with free speech on the Internet.

For those who missed it, in the last go-round, Heritage Minister Steven Guilbeault introduced Bill C-10. It very specifically pandered to the demands of a lobby group representing those in the creative industry whose business plans are designed to access government funds and help the Canadian Radio-television and Telecommunications (CRTC) achieve its regulatory goals. They wanted the CRTC to have authority over the entire global internet — that’s right, the whole, infinite enterprise — and to order social media companies to suppress and remove posts by the tens of thousands of Canadian creators who flourish by pleasing consumers. Posts by ordinary citizens would also have been under the guise of the regulator.Guilbeault, to put it kindly, struggled to explain both the intent and the specifics of this thuggish legislation, which appeared designed primarily to please Montreal-based cultural interests. He made this particularly obvious when, in the election campaign, his tweet promoting the continued commitment to C-10, which died in the Senate upon the dropping of the writ — was posted only in French. Clearly, there was an awareness that the issue had become divisive.

If the Liberals had been convinced by the pro-C-10 lobby that the bill would be wildly popular, the election outcome should have ended that ruse. There is no evidence Guilbeault’s approach delivered any benefits — not even in Quebec — and given the issue’s low profile beyond la belle province, it was likely seen as a vote loser elsewhere.

If oil and gas are dead, why are exports booming? Philip Cross in the Financial Post