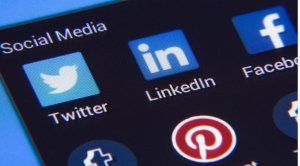 The inundation of social media from our southern neighbours impairs our ability to focus on issues uniquely relevant to Canada, writes Philip Cross in the Financial Post. Below is an excerpt from the article, which can be read in full here.

The recent passing of former Liberal leader John Turner recalls his famous opposition to the Free Trade Agreement with the U.S. in the 1988 election. Turner claimed free trade was a thinly veiled plan for Canada’s assimilation into the U.S. Such concerns proved unfounded. While Canadian nationalists mistakenly focused on trade and investment flows, social media has proved to be the greater intrusion of American influence in our society.

New forms of media have encouraged the wholesale importation of foreign narratives that distort Canada’s political debate. The intrusion of misleading U.S. information and attitudes into Canada is driven by such social media platforms as Facebook, Twitter, Instagram, TikTok, YouTube, and myriad others. It is a mystery why their impact has never been discussed as thoroughly as free trade with the U.S. was in 1988. Their pervasive impact supports Nobel-winning economist Herbert Simon’s observation that “What information consumes is rather obvious: it consumes the attention of its recipients. Hence a wealth of information creates a poverty of attention.” The inundation of social media from our southern neighbours impairs our ability to focus on issues uniquely relevant to Canada. It is not surprising that fewer than half of our youths profess a deep attachment to Canada, since they are most likely to get their news information from social media.

There are numerous examples of narratives being imported with little or no irrelevance to Canada. Our obsession with U.S. Supreme Court justices was on display again after the death of Ruth Bader Ginsburg. Even Prime Minister Justin Trudeau tweeted about Ginsburg’s passing, a tribute to her iconic stature among proponents of government intervention. The same was evident for the 2018 nomination of Brett Kavanaugh, even though rulings by the U.S. Court have no resonance with our judicial system. Other misleading narratives flood across the border, including the presumption that income and wealth inequality is widening as rapidly as in the U.S. (it isn’t) or that there were unfair bailouts for our bankers during the Great Financial Crisis of 2008 (our typically staid banking system survived without direct government aid).