CBC's advertising revenues create an unlevel playing field for others in the media and fails to put service to the citizen at the centre of the CBC’s ambitions, writes Peter Menzies. 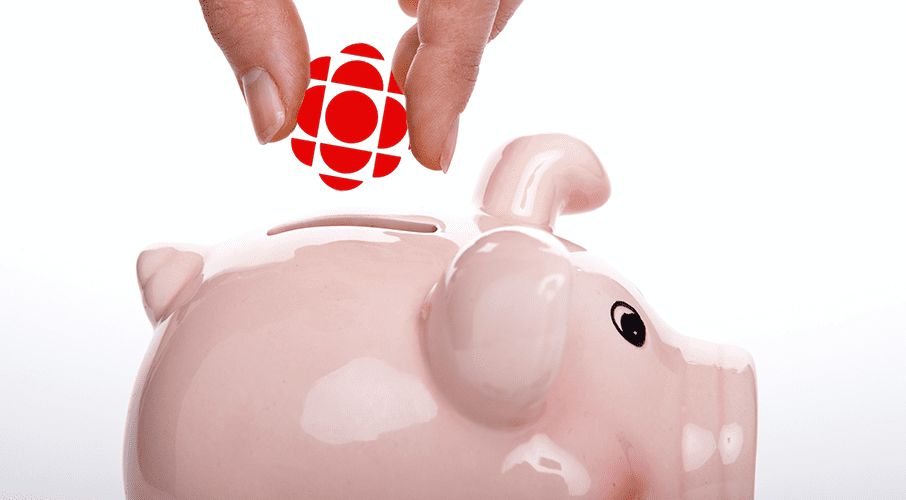 This article initially appeared in the Toronto Star as part of its Saturday Debate series.

Heritage Minister Pablo Rodriguez should expand his mandate to remove advertising from CBC news and public affairs television programs and forbid commercial content on all of the broadcaster’s platforms.

CBC/Radio-Canada currently receives $1.2 billion in federal public funding. It earns another $254 million or so in advertising revenue from its television and online platforms. Its most popular broadcast offering — radio — doesn’t permit advertising for use on air, but its content is shared on online platforms that compete with the private sector for audiences and advertising dollars.

Through Tandem, it is also seeking to monetize its taxpayer-subsidized brand through sponsored content, a.k.a. “advertorial” that is frequently criticized for blurring the once staunchly defended line between genuine news and paid-for #fakenews perspectives. It is, in other words, a publicly subsidized commercial news and entertainment organization that shape-shifts between private and public personas as suits its needs.

This not only creates an unlevel playing field for private sector broadcasters and online news platforms, it fails to put service to the citizen at the centre of the CBC’s ambitions and — due to the commercial appeal of the Toronto and Montreal advertising markets — lures it away from its core mandate to “reflect Canada and its regions to national and regional audiences, while serving the special needs of those regions.”

The closest it comes to meeting that goal is through CBC Radio One, which in most urban centres is a ratings leader that leaves the advertising market entirely to private broadcasters. In contrast, commercialized television, particularly in news, is in a ratings tailspin while online products that look ever more like newspapers are building audiences and soaking up advertising dollars desperately needed by others.

This leaves Rodriguez in the awkward position of bemoaning the loss of advertising revenue support for Canada’s journalism platforms (for which he blames Facebook and Google) while simultaneously providing CBC with a $1.2 billion subsidy that handicaps the same sector he says he is trying to help.

Which is why the minister needs to take the ball handed to him by the prime minister in his mandate letter all the way to the end zone. Removing advertising from CBC TV’s news and current affairs will, for sure, redirect a few extra coins into the pockets of Bellmedia and Shawmedia for their evening newscasts. But it will not cause any significant change in the dynamics of the market.

In order for that to happen, Rodriguez needs to liberate the entire $254 million earned by CBC, both on air and online. Not all of it can be guaranteed to go to other news organizations, but any amount would be of assistance and is preferable to the current inappropriate trend toward building a permanent government subsidy regime for private sector journalists.

The removal of advertising from news and current affairs needs to be just a first step in the creation of a 100 per cent Canadian content, commercial-free CBC on air and online. In other words, an actual public broadcaster.

The Trudeau government’s immediate plan seems to be, in exchange for lost advertising revenue, to provide the CBC with an additional $100 million annually for four years. While the very idea of additional funding is reprehensible to some, this is a practical first step toward transitioning CBC/Radio Canada into a single personality entity capable of meeting the needs of citizens in two official languages plus, as it does through CBC North, using Gwich’in, Inuvialuktun, North Slavey, Tlicho, South Slavey and Chipewyan to reach remote audiences.

Certainly the prospect of somehow taking the CBC off the taxpayer’s payroll will continue to be dangled as red meat before the Conservative base, but the facts are that neither the need for a national public broadcaster nor the broad public support for such an entity is going away any time soon. That doesn’t mean CBC shouldn’t work harder to appear neutral and fairly represent people from all points of the ideological spectrum. It must and it must do it a lot better than it does right now.

But it can only succeed in doing so once the dualism of its personality is eliminated. Rodriguez needs to make sure that his first step toward that goal isn’t his last.

Peter Menzies is a senior fellow with the Macdonald Laurier Institute, past vice-chair of the CRTC and a former newspaper executive.