Rogers and Shaw and The Rent Seekers’ Ball: William Watson in the Financial Post

in Columns, In the Media, Latest News
Reading Time: 2 mins read
A A 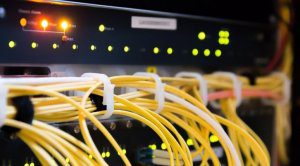 Rogers’ announcement of the Shaw deal is all do-gooding, all the time — and it’s only getting started, writes William Watson in the Financial Post. Below is an excerpt from the article, which can be read in full here.

When two giant charities like Rogers and Shaw decide to merge their activities in a $26-billion buyout, well, people sit up and take notice, asking themselves what the effect will be on good-deed-doing all across the country, rather as they did when WE Charity went out of business — sorry, went out of charity.

Rogers’ announcement of the Shaw deal is all do-gooding, all the time. Thus its takeover of Shaw will: create 3,000 new jobs; enable a new $1-billion fund “dedicated to connecting rural, remote and Indigenous communities to high-speed internet across the four Western provinces;” involve $2.5 billion of new spending … to build a 5G network in Western Canada, “driving economic growth and strengthening innovation;” “grow” more local jobs across Western Canada; produce $1 billion a year of those time-honoured but always mysterious benefits of mergers, namely, “synergies;” and, finally, not raise Shaw’s Freedom Mobile wireless rates “for at least three years following the close of the transaction.” (“At least” is a nice touch but I’m guessing the hike in rates comes on day one of year four.)

There are also commitments: to seniors and low-income Canadians; to Calgary, which will continue to have a head office, though a regional head office, not quite the same thing; to consumers and businesses, who, despite the number of big competitors being reduced sharply, will somehow see “increased competition and choice.” And, of course, in addition to “synergies,” the statement includes the usual business buzzwords: leverage, sustainability, productivity, diversification and so on — even if two woke favourites, “diversity” and “intersectionality,” don’t actually make the cut.