The road to reconciliation has been marred by eco-colonialism: Chris Sankey in the Globe and Mail 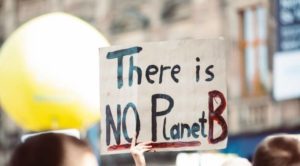 Eco-colonialism has ironically been perpetrated by activists and faculty members who proudly wear badges of decolonization, writes Chris Sankey in the Globe and Mail.

Politics in Canada are burning red hot. Amid debates and protests over pandemic-related mandates and restrictions, our country is still navigating a path toward reconciliation. As a Tsimshian man, this process is important to me, and I am increasingly worried about how our political climate is affecting this difficult process.

I take no issue with any protests that spring from the hearts of those who feel unheard or unrepresented in our politics, as many in the Freedom Convoy have said. Whether one agrees or disagrees with their politics, this was initially a blue-collar movement of people who have felt abandoned or singled out for scorn. I make no excuses for any bad actors, nor those who make light of or appropriate Indigenous ceremonies to provide cover for their politics, yet I have no quarrel with most protesters or their goals.

I take much greater issue with the environmental protests that have persisted over the past few years, led by people who often explicitly claim to speak for people like me. Unlike the Freedom Convoy, which has no negative impact on reconciliation, these push it further away. The fact is, these eco-protesters care little for the decisions of our communities; they instead seek to impose their priorities and beliefs on us. Unless they are willing to tie their activities directly to the wishes of our communities – and almost exclusively in my view, they are not – they should stop pretending they truly care about us.

Universities have become flashpoints for this trend. While they play an important role in our society, and some of them have been supportive advocates who listen closely to Indigenous communities, they have also become bastions of missionary-style hectoring by people who impose their values and priorities on First Nations peoples and claim to speak on behalf of our communities.

Take, for instance, organizations such as Extinction Rebellion and high-profile activists such as Natalie Knight, who led anti-pipeline protests to “shut down Canada,” and Harsha Walia, the former head of the B.C. Civil Liberties Association, who infamously tweeted “burn it all down” amid a spate of church burnings. They claim to speak on behalf of or in the interests of Indigenous peoples, and while I’m sure some share these views, I am among the many Indigenous peoples who see the substantial damage caused by their ideas. Haida writer Geoff Russ agrees: “They only respect Indigenous people who agree with them, which almost always excludes elected Indigenous leadership, as well as both Indigenous and non-Indigenous working people,” he recently wrote in the National Post.

Those who use environmental objectives to speak on behalf of Indigenous peoples are, frankly, eco-colonialists. They are regularly welcomed to speak in university classrooms – or hired as consultants, as Langara College did with Dr. Knight. This offends me, but even still, I do not seek to silence them. It is important they be able to speak.

However, such grace is not always extended to others. In 2020, for instance, Aaron Gunn, a conservative commentator and the founder of CommonSense BC, was scheduled to speak about the Coastal Gaslink pipeline at the University of Victoria; he wanted students to understand the other side of the story, that responsible resource development is often endorsed strongly by Indigenous governments and communities. But the hosts of the event called it off based on the university’s security concerns around “large numbers” of potential protesters, arising from a social-media response to Mr. Gunn that itself arose from false assertions about his politics.

This is a glaring hypocrisy. It is deeply troubling when universities provide platforms for figures who claim to speak on behalf of people (and, in my view, whose interests they actively undermine), while creating obstacles for others who also want to present their ideas.

Meanwhile, 20 faculty members of the University of British Columbia’s Department of Sociology issued a statement in December endorsing the position of the Wet’suwet’en hereditary chiefs opposed to the Coastal GasLink pipeline – despite the often-expressed support for the project by most members of the elected band councils along the pipeline route and in Wet’suwet’en Nation territory. It is further evidence that one-sided, ivory-tower activism is replacing real scholarship.

The state of our universities has also emboldened some activists to misuse Indigenous communities as shields to push anti-capitalist agendas. They claim to be allies, but that is true only of a carefully selected and often small part of our membership. These do-gooder outsiders stop at nothing to tell Indigenous people how best to run our lives. And when racist and ignorant backlash inevitably follows these often radical, ill-considered ideas, it is Indigenous people who must bear it.

This eco-colonialism has ironically been perpetrated by activists and faculty members who proudly wear badges of decolonization. They purport to speak on Indigenous peoples’ behalf, and force fellow Canadians to walk on eggshells in our presence. Yet, just like the colonizers they claim to abhor, their campaigns deny us agency and autonomy.

As an Indigenous man, I understand the realities of racism. I have experienced it in all of its forms – from the violent bigot who attacked me and my friends, to the well-intentioned university academic who purports to be a defender of Indigenous peoples. To both, I say “back off.” We have, can, and will defend and represent ourselves. Why must it be presumed we are unable to do so?

Please keep this in mind, too: Instances and incidents of real racism – discrimination enshrined in law, policies of overt oppression, and true hatred, rather than microaggressions and misunderstandings – is much lower in Canada today than in almost any other country. Compared with 40 years ago, the space created and shared with Indigenous peoples is enormous. We are gaining real authority to exercise self-determination. But identity politics will never succeed in eradicating racism.

In this respect, activists can make Indigenous lives worse, not better. And our country can no longer afford destructive disruptions that divide Indigenous people and harm our social and mental well-being.

But then again, what do I know? I am just a kid from the reserve, whose family members were forced to go to residential school – a kid who never got a degree and instead spent decades engaging in politics and business with First Nations. I guess while I spent thousands of hours with Indigenous elders and knowledge keepers, I missed out on all the lectures, books and on-campus protests that would have provided “real” insights into my dreams and priorities.

I lived my history, as did others such as Geoff Russ. My history and values didn’t have it taught to me by an academy that claims to know better.

Chris Sankey is a former elected councillor for the Lax Kw’alaams Band, a senior fellow at the Macdonald-Laurier Institute, and a businessman.

We could’ve been a contender - Canada has missed the boat on LNG opportunities: Heather Exner-Pirot in the Calgary Herald