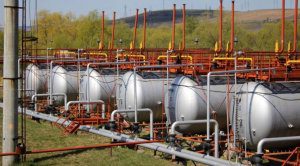 Canada’s decision to stay out of the LNG market may not have created the global energy crisis, but it certainly has exacerbated it, writes Heather Exner-Pirot in the Calgary Herald.

As the West prepares for the possibility that Russia will invade Ukraine this winter, maintaining natural gas supply to Europe is a key consideration. To that end, the Biden administration has been co-ordinating with Qatar and Australia to prepare additional liquified natural gas exports to get the continent through this season. Are you wondering why Canada, the world’s fifth-largest producer of natural gas, is not being mentioned?

Due to a series of unfortunate market and political events, Canada has zero LNG export capacity globally. Every unit of natural gas exported by Canada goes to the United States via pipeline. And that inability to participate in the global LNG market has proven to be a terrible economic, environmental and security mistake.

Canada saw major growth in natural gas exports to the United States in the 1990s and 2000s. But the US shale revolution in the 2010s — the combination of hydraulic fracturing and horizontal drilling that saw the Americans significantly expand their oil and gas production — meant that Canada’s biggest, and only, customer needed much less of our product. This turned producers’ eyes to LNG. With North America now swimming in a surplus of natural gas, liquefying the product would allow them to export to overseas markets, like Europe and Asia, where there was still strong demand.

And this is where the two countries’ paths diverge. In the United States, LNG export capacity went full steam ahead, increasing from less than one billion cubic feet per day in 2015 to 10.8 billion at the end of 2020. To do that, they built seven LNG export facilities, with five more under construction and an additional 15 approved, and are on track to become the world’s top global exporter. The value of those exports is spiking amid record natural gas prices, and here they have a nice trick: buy Canadian natural gas at lower North American prices, and sell it overseas at higher Asian and European prices.

Canada has taken the opposite approach: do nothing. Of 24 proposed projects since 2011, only one is under construction: LNG Canada in Kitimat. One other, Woodfibre LNG in Squamish, is expected to begin construction this year. The rest are in various stages of mothballing. Canada has turned down tens of billions of dollars in revenue — much of which would have accrued to First Nations, thanks to their substantial equity positions in these resource projects — in the name of reducing global supplies of fossil fuels. For some, this is considered a huge success.

Enough time and events have passed to consider the consequences of Canada’s failed LNG strategy. Beyond the lost government royalties, First Nations revenues, and jobs in Canada, a lack of global supply has led to soaring energy prices, sparking inflation and an affordability crisis.

Fertilizer plants have been shuttered because of the high cost of natural gas, a major feedstock in nitrogen-based fertilizers, which has put the squeeze on farmers worldwide and led to higher food prices.

Meanwhile, Russia has gained tremendous leverage over Europe, its biggest supplier of natural gas, tying the West’s hands in the face of aggression in Ukraine.

But if those sacrifices are seen as acceptable to climate activists in Victoria, Vancouver and Ottawa, consider that the policy of constraining natural gas supply has also failed in its biggest objective, the environmental one. Because of a lack of cleaner-burning fuels such as LNG, coal burning for power generation is booming. The International Energy Association expects record global coal consumption between 2022-24, led by China, the biggest would-be customer of LNG from B.C.

All things being equal, B.C. LNG would be amongst the cleanest on the planet, due to the lower-CO2 composition of Montney natural gas; widespread electrification of upstream operations like drilling and processing; and the use of green power from B.C.’s hydro-driven electrical grid. It is to the environment’s detriment that consumers have had to resort to other suppliers.

Critics will argue that weak global LNG prices were the real culprit in dampening Canadian LNG export capacity. And to some extent that is correct. But it doesn’t explain how the U.S. set itself up to be the top global exporter and we still don’t export a drop, despite starting in the same place a decade ago. Protests, legal delays, regulatory burdens and a general lack of social licence did that.

The road to hell is paved with good intentions. Canada’s decision to stay out of the LNG market may not have created the global energy crisis, but it certainly has exacerbated it. We might want to consider the unintended consequences of our climate and energy policies next time.

The road to reconciliation has been marred by eco-colonialism: Chris Sankey in the Globe and Mail