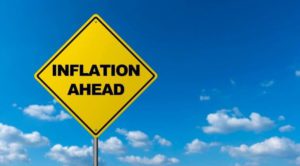 Companies are facing a year where they will have to come up with creative ways to deal with the inflation issue and where workers may well be part of the solution, writes Linda Nazareth in the Globe and Mail.

Will higher inflation translate through to a wave of layoffs in 2022? Finding workers – not getting rid of them – has been the bane of companies for the past year, but that might be changing as rising costs translate into rising wage bills as well.

The Bank of Canada and the U.S. Federal Reserve each kicked off their first meetings of the year by making it clear that rate increases were imminent in the coming weeks.

That means higher interest payments for both consumers and businesses and less growth overall. But higher interest rates are one thing; higher rates and a spate of layoffs are another. The fact is, increased inflation (which is the reason rates will rise in the first place) is also putting pressure on the bottom line and it may be that workers are the ones in the line of fire.

The idea that Canada could see job losses may seem far-fetched amid employer woes about finding enough workers at all, but it is already happening elsewhere. Peloton, the early-pandemic exercise-bike darling, put out lower-than-expected earnings earlier this month, along with warnings about how higher costs may force it into paring back its work force. The consumer-goods giant Unilever announced last week that it is cutting 1,500 jobs globally in a bid to create healthier margins and boost its stock prices.

In neither case is inflation the only reason behind the proposed cuts (Peloton has also faced a loss of its cool factor and a TV character having a fatal heart attack after a ride), but it is a major reason why companies are worried. As early as last summer, Unilever was pointing out that even though Ben & Jerry’s ice cream was flying out of the freezer cases, a rise in input costs was squeezing margins and would continue to do so unless they could raise prices.

There have been price hikes across the board, in Canada, the United States, and many other countries. Canada’s inflation rate hit a 30-year high of 4.8 per cent in December, a figure far in excess of the 2.6-per-cent increase in wages seen over the same period. That cuts into Canadians’ purchasing power, which is already setting 2022 up to be a year of labour unrest. Workers across a wide swath of industries are no doubt going to be pointing out the discrepancy between inflation and wage growth to their managers, seeking pay increases to keep their losses in check.

Maybe workers will get those pay hikes. Labour is still in short supply, with the unemployment rate at 5.9 per cent in December (not much higher than where it was prepandemic) and companies scrambling to find workers. At the same time, companies are not going to be thrilled at the thought of higher wage bills, especially when paying more for financing and for a range of inputs from energy through to raw materials.

Unlike the situation four or five decades ago, when inflation and layoffs went hand in hand, the fallout this time around might be more subtle. Perhaps it will take the form of the hiring that does happen, rather than layoffs per se. The pandemic has already intensified what was a push to use technology as a substitute for workers and higher wage costs are only going to make things such as robot-servers look that much more attractive than human ones. Pizza Hut, for example, introduced a fully-automated robot-powered restaurant in Israel this month, with technology taking care of everything from touchscreen ordering to making and boxing the pizza (employees are still used to hand it to customers, but future versions will not be needed for that either). If robots will soon be making our pizza, you can be sure they will be doing more for us too, with smiles on their robot-faces and zero demands for higher salaries.

Robots aside, higher inflation also means that companies will look for ways to keep wage bills in check by changing the way they hire. That might mean more part-timers or gig workers, or moves to any work arrangements that are less expensive than keeping full-time workers on the payroll. It would be a reversal over what we have seen over the past year, when a worker shortage has meant more bargaining power for labour and more favourable conditions in some industries.

It is worth noting, too, that the situation might have been worse if we had not already had a restructuring of the economy that has led to more non-traditional work arrangements and more competition from online retailers. A prepandemic paper put out by the Dallas Federal Reserve in 2019 suggested that between the rise of the gig economy and proliferation of online shopping, inflation was not nearly where it might have been given that unemployment rates were at generational lows. In turn, this has been a factor that kept interest rates low before the pandemic and allowed central banks to lower them even further over the past two years.

That party is over, of course. Central banks will soon be implementing rate hikes, maybe several of them, that in the best case will tame inflation and get everyone back on to an even keel. In the meantime, however, companies are facing a year where they will have to come up with creative ways to deal with the inflation issue and where workers may well be part of the solution.